What does the NASCAR Toyota Camry, a BMW Z4 GT3, Circuit of the Americas and Indianapolis Raceway Park have in common? They are all available now in iRacing.

It’s the time of year again. Another iRacing “season” is in the books and there are two new cars, and two new tracks on the market today. To say I am giddy would be an understatement.

If you follow iRacing, or sim racing as a whole, you will already know the four surprises listed below. Some of you don’t subscribe to the iRacing service, but might consider it with these great add ons.

This track has history coming out of its veins! Only recently did the Camping World Truck Series and Nationwide series abandoned the great little .686 mile flat oval. Most people don’t know this but Indianapolis Raceway Park (known today as Lucas Oil Raceway at Indianapolis) is actually a large racing complex with a 2.5 mile road course and a drag strip all within arms reach. 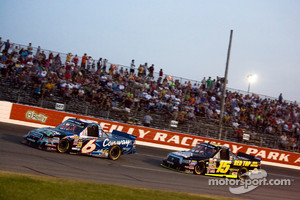 In the end we get a fantastically entertaining short track. The trucks, or super late model, released in the last build, will be an absolute blast on this track.

While I am in the oval racing mood, then next release is the Gen 6 Toyota Camry.

This completes the tri-fecta of NASCAR Sprint Cup stock cars. I don’t really know what to say about these cars because I rarely drive them. I start a Talladega or Daytona races in them, but at those tracks they handle great. I have a feeling this is a good thing for the iRacing Championship, allowing a third manufacturer into the field.

The previous content is great. Don’t get me wrong, but these two little additions are simply amazing.

Circuit of the Americas. Enough said.

This track is one of the newest in North America, and has already hosted MotoGP, Formula One and the WEC. It’s a massive complex, with an entertaining yet challenging layout. And the climb to turn one is like nothing I have seen in any non-Nurburgring track.

I just had some friends return home from going to see the MotoGP race, and they said the scale of the place is amazing. If the images that the Motorsport.com team has delivered are any indication to its beauty, then this track should become an instant classic. I can’t wait to hit this track in anger…especially in the next car… 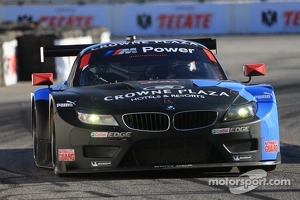 Another incredible addition to the service. I am sure I speak for most other sim racers when I say…THANK YOU!

The most significant part of the addition of this car, at least for me is the possibility of a three manufacturer GT3 series. Between the RUF GT3 car and the McLaren GT3 car we now have an interesting series.

Additionally I am stoked on this car because of the fact that I was just in Long Beach covering the TUDOR United SportsCar Championship and IndyCar events there, and I got my first dose of the BMW. It sounds incredible, looks amazing, and knowing it was the RLL BMW TUDOR United SportsCar Championship teams car used to model for the sim makes it all the more exciting.

So, why not end on this note.

Can you put the following into the next build and ship it out as soon as possible?

I again have the feeling I am speaking for lots of iRacing users when I present that wish list. Except that last one. Toronto is my selfish little wish...