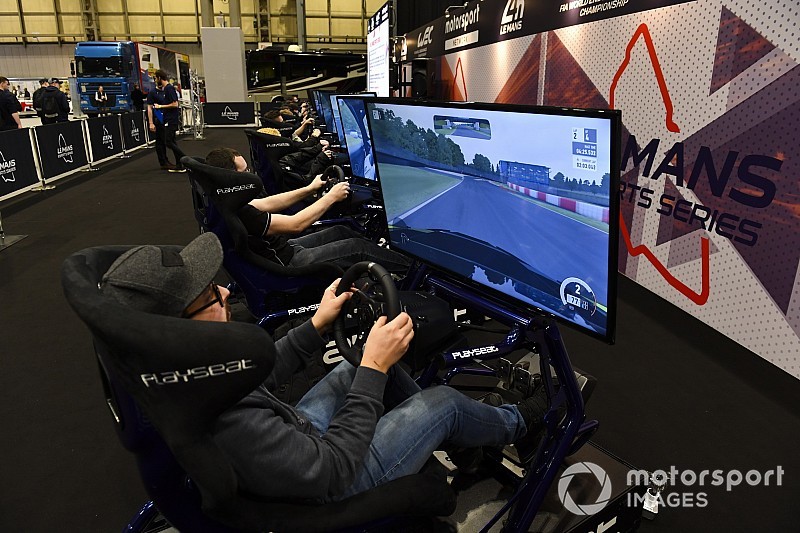 Arnold scooped the biggest share of the $10,000 prize pot, with a storming drive from pole position. He was usurped by Williams Esports driver Isaac Price after the first pitstops, but Price elected to drop out of qualification position, in order to race at the Le Mans Super Final with his Williams team-mates.

This promoted Forza specialist Tobin Leigh into second place and as Arnold had already qualified, Leigh booked his place at the Super Final, which boats a chance for the winner to take their place on the real-life podium and win a share of the huge $160,000 prize fund.

Leigh battled through from 11th place on the grid, having only booked his place in the final the day before, when he was one of two drivers to qualify on the Saturday of the show. They joined 10 pre-qualified drivers led by Arnold.

“It’s a crazy feeling. Coming here yesterday on the Saturday and qualifying was pretty insane.“ Leigh told Motorsport.com. “I just came to have fun, I didn’t expect to qualify, but I did and it felt great to beat some established racing drivers such as Aston Martin factory driver Ross Gunn.

“I started the main race from the back row of the grid, again didn’t have any expectations, but I found myself climbing all the way to second and securing a spot at Le Mans.”

Arnold was delighted to triumph on his debut for the JOTA Esports team - “It was great fun, I managed to build a lead in the first stint, but a pit crew glitch cost me the race lead to Isaac [Price],” he said.

“I caught back up and had a good race with Isaac, he did a good job, I didn’t want to risk anything because I knew he was going to back off. I can’t wait to race at Le Mans.”

There’s still two more chances for gamers to book their place in the Super Final, with qualification open for the Sebring from February 14. Sign ups are open here - https://www.lemansesports.com/en/.

Win lifted "quite a bit of weight" off Leclerc's shoulders