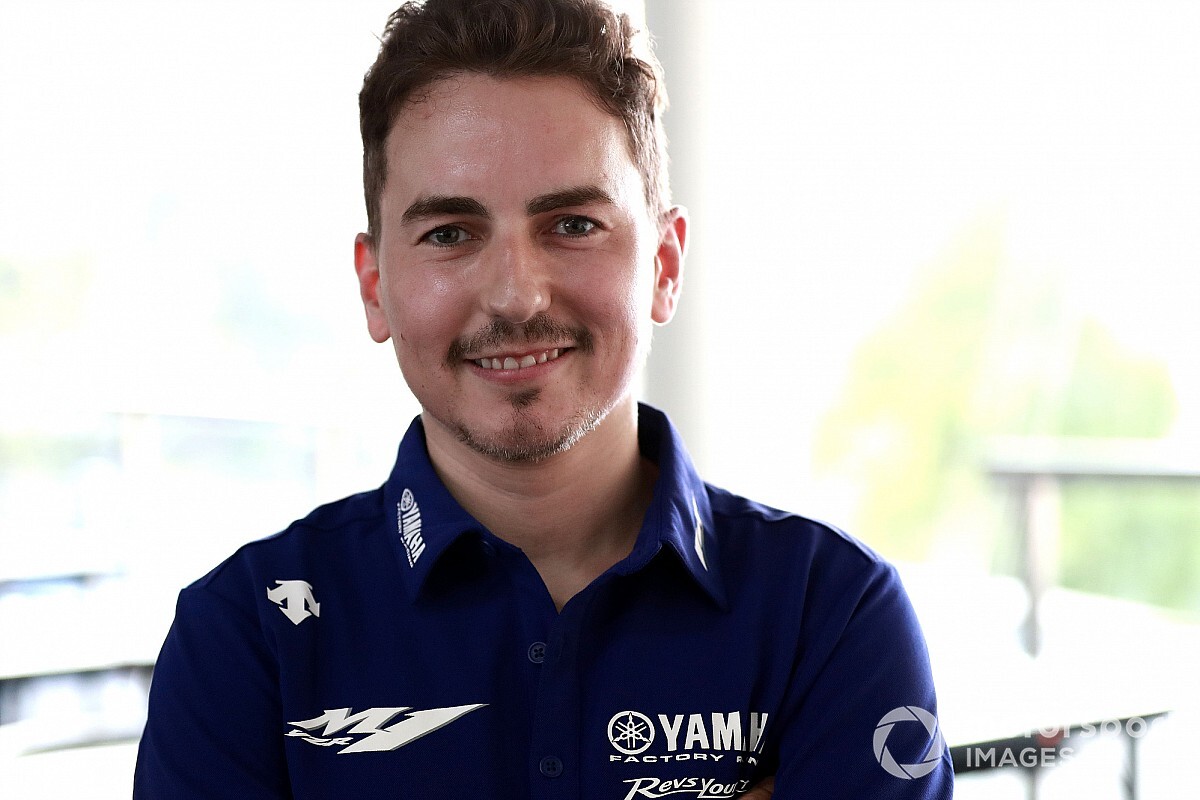 Three-time MotoGP world champion Jorge Lorenzo recovered from a lap-one tangle to win on his Virtual GP debut at Silverstone for Yamaha.

The Yamaha test rider bagged pole position and grabbed the holeshot off the line, and just held onto the lead after taking a heavy whack from second-placed starter Fabio Quartararo.

However, Lorenzo’s race would get turned on its head on the run into the Maggotts/Becketts complex when LCR Honda’s Takaaki Nakagami wiped out the Yamaha test rider.

Nakagami took over at the front, with Quartararo on the Petronas Yamaha giving chase before he fell off at the Vale.

This released Pramac Ducati rider Francesco Bagnaia into second, though the Virtual Mugello race winner crashed moments later at The Loop, which allowed Nakagami to open up a lead of well over a second.

The Frenchman quickly reeled in Rabat, but crashed attempting a pass on the inside of Luffield on the third lap, with Rabat lucky to stay mounted.

Nakagami continued to run comfortably at the front while chaos ensued behind, but he threw away his chances when he crashed at half distance on lap five at The Loop.

Rabat took over at the front by 1.2 seconds, with Lorenzo giving chase as Quartararo took another trip into the virtual gravel trap.

Lorenzo carved into Rabat’s lead and by lap eight was close enough to strike, executing a brave move on the inside of Maggotts. The Yamaha rider would go unopposed to the chequered flag.

Rabat held onto second for his best-ever Virtual GP result, while Quartararo managed to recover to third in the latter stages to secure his first virtual podium.

Nakagami was fourth in the end ahead of Ducati test rider Michele Pirro, who suffered a number of crashes, and Aprilia tester Lorenzo Savadori.

Bagnaia suffered several more tumbles on his way to seventh, while Suzuki’s Joan Mir brought up the rear of the field in eighth.