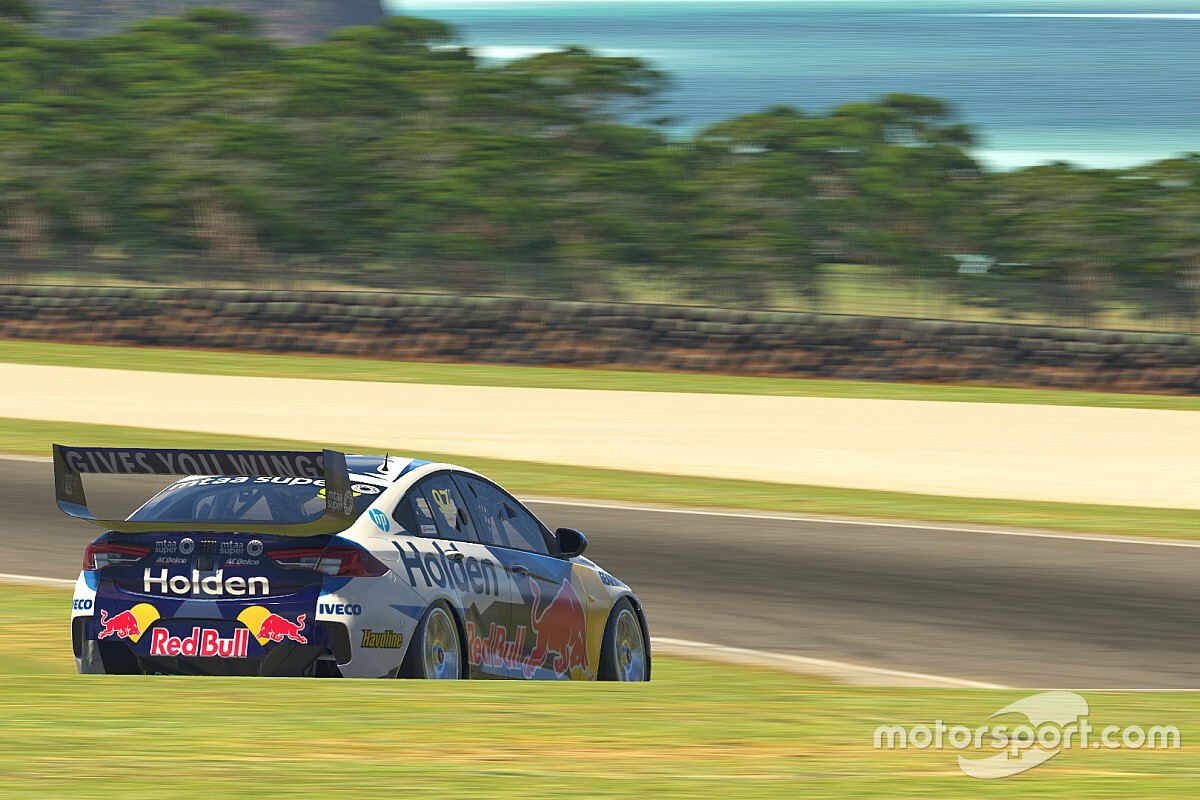 Tonight's Supercars Eseries round will be split across Interlagos and Phillip Island, after the latter beat Spa-Francorchamps in a fan vote.

The Belgian and Aussie circuits were the final two in a fan vote to determine which track would join Interlagos on the bill for Round 8.

Phillip Island, which staged the very first Supercars All Stars Eseries round, was declared the winner earlier today.

The format for tonight's round has been locked in as well, with both the Island and Interlagos set to host a 20-minute qualifying session.

Phillip Island will then host the opening race, a 12-lapper with a single pitstop.

The second race will start in qualifying order from the Brazilian session, and will also be staged over 12 laps with a single stop.

The field will then be reversed for the 20-lap finale at Interlagos, which will require two stops.

Four tyres have to be taken at each stop across the round.

The three races will be worth 100 points each.

James Courtney, James Golding and Super2 driver Tyler Everingham will be wildcards alongside the Supercars regulars.

Qualifying will kick off at 6pm AEST time tonight, with the race coverage – available live and free through Motorsport.tv – starting at 7pm AEST.