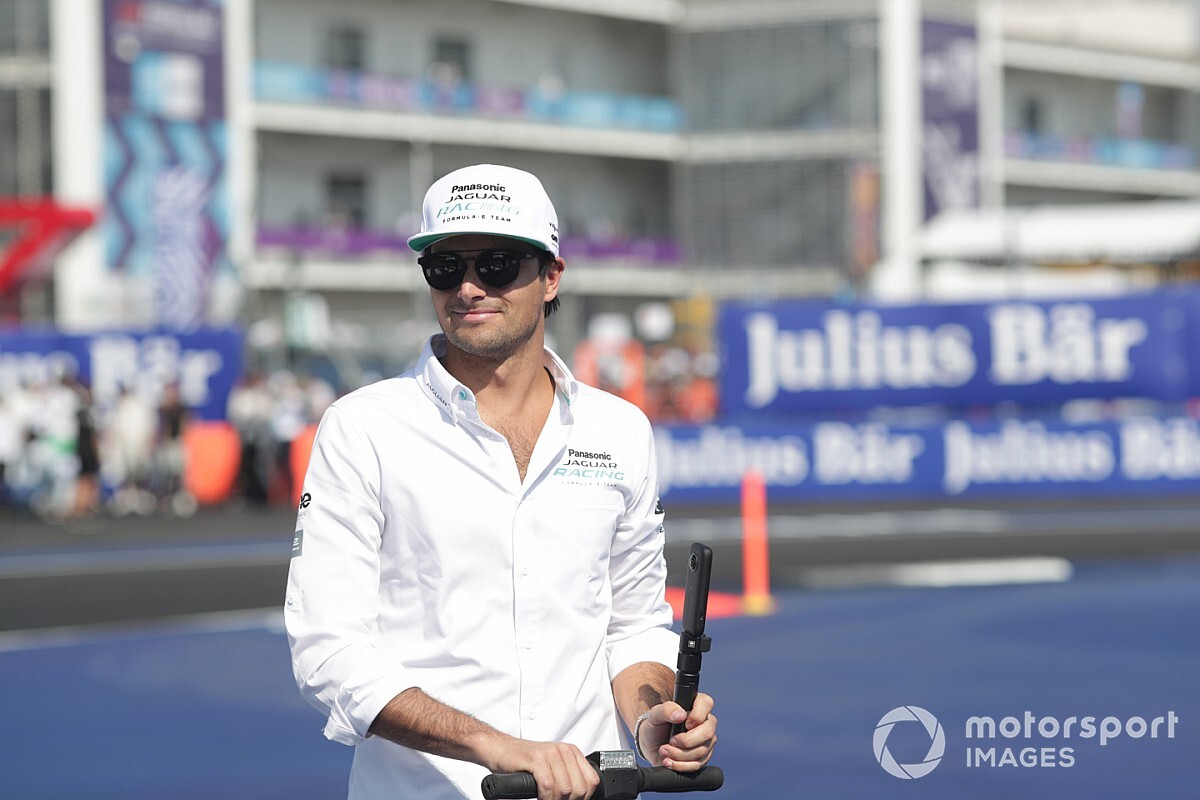 Ex-Formula 1 driver and Formula E champion Nelson Piquet Jr says he had given up on Esports racing before being tempted back for this weekend's 24 Hours of Le Mans Virtual.

Piquet, who has raced in the real Le Mans 24 Hours three times, will compete in the virtual version this weekend - a joint venture between the Automobile Club de l'Ouest, the FIA World Endurance Championship and Motorsport Games.

He said that his business commitments even through the coronavirus crisis meant it was too complicated for him to continue with Esports.

"At the beginning of the coronavirus thing I was stuck at home because we didn't know what was what," Piquet told Motorsport.com.

"I started playing quite a bit, and then I had a trip which I had to leave home for about two weeks for, and when I got back I had to spend over an hour updating things. And I got so frustrated I ended up not using my simulator.

"I was just using mostly PlayStation 4 and Gran Turismo, and I had left rFactor and iRacing because they were just so complicated and everyone was just playing constantly every day - in other words I gave up.

"And obviously the 24-hour race came to plan, and Toyota invited me to do it, I started practising again and I got hooked up to it again.

"It took me a week to fix the computer and everything, because since I'd got frustrated I hadn't touched the computer for maybe over a month, so two or three guys had to come and configure everything, and finally it started working. So the last 10 days I've been pretty much focused on it."

Piquet is racing in the prototype class, in which everyone is using a virtual version of the LMP2 Oreca 07 - the the car in which he contested his most recent Le Mans in 2017, only to be excluded after finishing third on the road and second in class.

The team has qualified 22nd for the race, just 1.8 seconds off pole, and Piquet says he has no idea what to expect.

"Honestly I'm the driver who's practised the least, and I'm the least prepared I'd say," he said.

"I only got my sim ready the day we had our first Le Mans race practice last Saturday. So basically I've had a week to get ready for this race, and people have been practising for three weeks.

"I'm not too worried about it. I just want to have a bit of fun, and it's always good to make new friends. I'm racing with Italian, Argentinian guys, and the team managers are from different countries.

"It's just fun to be doing a bit of racing, but it's not something that I put all of my effort into. I enjoy it, but I'm sure there are people taking it much more seriously than I am."

Piquet's business commitments are a major reason for not getting involved seriously in Esports.

"I have three racetracks - one in Florida being built, one indoor track in the south of Brazil being done, and I have a project in Sao Paulo we're starting out which is a go-kart track, motocross, downhill biking, drift. It's like a park that we're generating for ourselves and our sponsors and to do closed events inside.

"With coronavirus going on you can imagine that a lot of things have stopped, and I'm just trying to keep up everything for it not to stop. It's been challenging. It's not like I've been at home much, I've been travelling quite a bit actually."

But Piquet's passion for Le Mans is what has brought him into this weekend's virtual event.

"I definitely love the race, and it's an amazing feeling to be there," he said. "It's something that I adapted very well too.

"Spending the whole week at the track, sleeping in the caravan or those little cubicles that they do for the drivers there, is just an amazing feeling.

"There's not too much glamour like there is in Formula E or Formula 1. It's more of a rough race. The whole environment I really enjoy."

Motorsport.tv and Motorsport.com will stream the entire event, with coverage starting from 1:30pm BST on Saturday. There will also be full coverage of all the action and updates across the Motorsport Network's websites and social media accounts.

Who are SAFEIS and why are they racing into the spotlight?