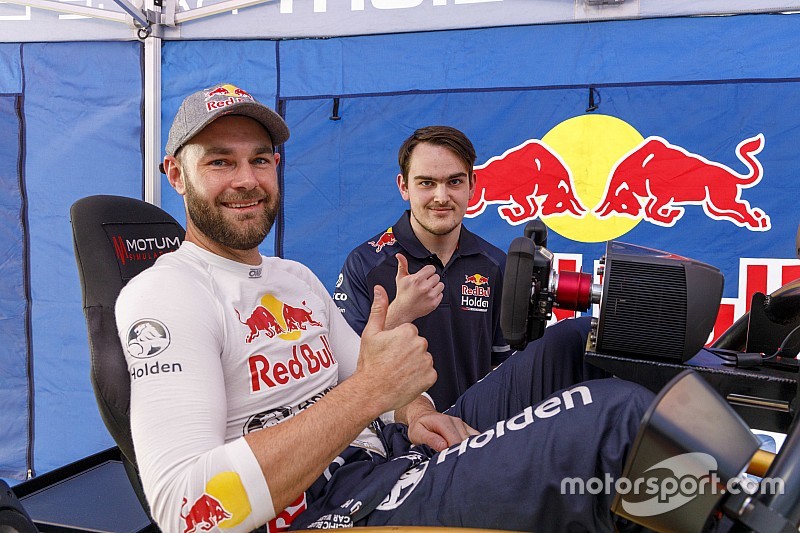 Triple Eight will field an entry in the 2019 Gfinity Supercars Eseries under the Red Bull Holden Racing Team banner.

The powerhouse Supercars squad has signed Dayne Warren for the new-look online series, which is set to kick off next month.

“I’m stoked to be launching the Red Bull Holden Racing Team Esport Supercars team and to be competing against some of the best sim racers across Australia and New Zealand," said Warren.

"To be backed by the team is incredible and I was able to meet one of the drivers, Shane van Gisbergen ahead of the competition, which was a massive highlight.”

Warren didn't just meet van Gisbergen – a keen sim racer himself – but also got to experience a hot lap alongside the Kiwi at Sydney Motorsport Park recently.

"After experiencing the simulator, there’s no doubt that Dayne is incredibly talented in sim racing.

"It’s exciting that the Red Bull Holden Racing Team is getting behind a sport with one of the biggest followings in the world. We will be supporting Dayne throughout the Eseries and who knows, hopefully we can both come away from the season with some podium finishes.”

T8 is the latest real-life team to sign up for the series, joining the likes of Brad Jones Racing, Walkinshaw Andretti United and Garry Rogers Motorsport.