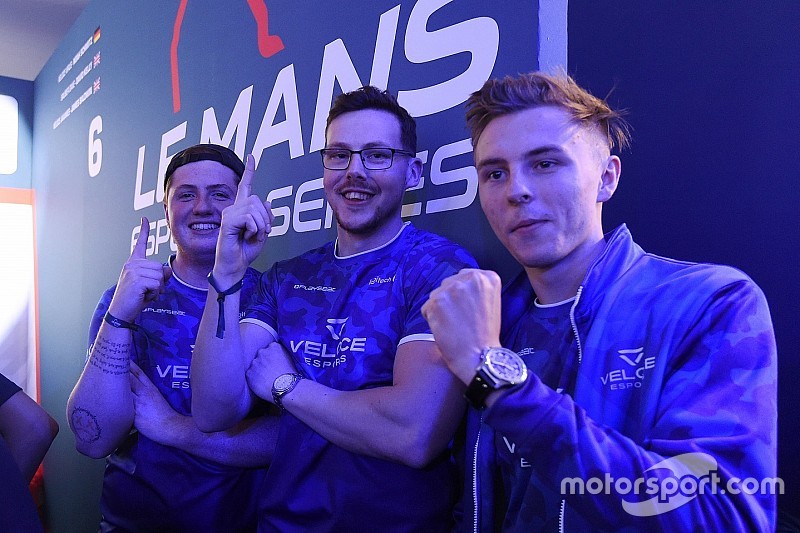 Veloce entered the Super Final as a wildcard entry along with SMP, joining 10 three-driver teams, who qualified from over 20,000 competitors in an intense six-round qualifying format.

While it finished second in the first of the nine-races taking place over a 24-hour period, it struggled in the subsequent races.

However, it battled back, winning the sixth race and earning fourth on the grid for the deciding race - a 90-minute race in modern GT cars that would require all three drivers in each of the teams to take part.

As it was 15 points off the championship lead, Baldwin started Veloce’s race 15 seconds after polesitter Baguette Racing.

The team passed Kitty Krew, who won two of the first eight races and hunted down Baguette, passing the French trio’s entry on lap 18 of 24.

Veloce, in the hands of Sauber Esports driver David Kelly stormed into a sizeable lead and claimed the $25,000 prize [adding to its $6,000 from the first eight races].

The trio will also stand on the top step of the Le Mans podium.

Baguette was forced to settle for second place ahead of Kitty Krew, who took the final place on the podium and increased its own prize money to $14,500.

Mighty 38 completed the top four, scooping $4,000 in prize money - its first of the Super Final. Its drivers David Hoch and Christopher Farkas delivered a two-man job for the final after European qualifying leader Shaun Arnold was forced to withdraw from the competition due to personal reasons.