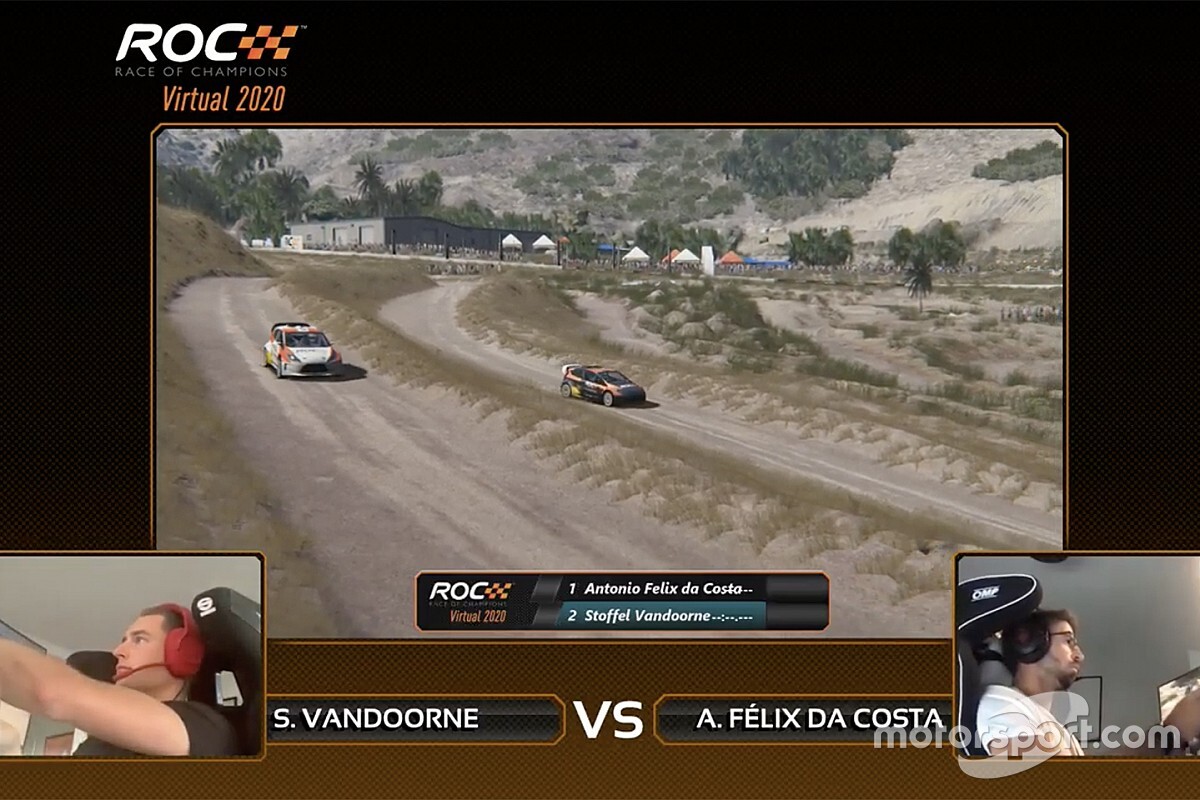 Race Of Champions chief Fredrik Johnsson has hailed the first-ever virtual event a success, and revealed that his next real-world event could next take place in one of the world’s newest and most-expensive stadiums ever built.

Speaking after the virtual event on Sunday – in which stars from Formula 1, IndyCar, Le Mans, World Rally, RallyX, Formula E and W Series raced head-to-head just like in the real-world ROC – Johnsson said he was delighted with how it transpired.

“For a first attempt, very happy with the result,” said Johnsson. “You learn so much when you start something new, and the collaboration with Motorsport Games helped a lot with that. They were great guys to work with, lots of experience at broadcasting games.

“There was a great atmosphere, finding solutions to everything and the feedback I got from all the drivers was ultra-positive, they all loved it – so next time, it’ll be even better! It was a voyage of discovery for us, and it was a super-good experience.”

The Assetto Corsa game allowed competitors to race across multiple virtual versions of Race of Champions circuits from throughout the event’s history – from its early days in Gran Canaria to the famous stadiums in Wembley and Riyadh. Cars used were the VUHL supercar, KTM X-Bow, a rallycross car and the classic ROC buggy.

He added: “The simulated tracks are so close to the real tracks, the technology is so good – the Gran Canaria track hasn’t been used for quite a while, but it was laser-scanned for this – and it’s as close as you can get to the real deal. Romain Grosjean was telling me he was amazed that the cars all really behaved like they do in the real-world event.

“You never know how much experience the guys have on simulators, but the races were close and were often decided by fractions of a second just like the real world, so it was certainly entertaining. You could feel the excitement when they win and the frustration when they lost!

“With our eROC competition we have seen how gamers can transfer their skills from the virtual to the real-racing world in just a couple of days at the Race Of Champions. Now it’s been impressive to see how many of the real world drivers have made such a huge impact racing in the virtual world during the lockdown increasing the popularity of eracing globally.”

The virtual ROC event was created as the 'grand finale' of the many esports events created by the lack of real-world motorsport due to the Covid-19 pandemic, before F1, IndyCar, NASCAR and IMSA return this weekend. And Johnsson is hopeful that the next Race Of Champions event will be able to take place later this year in America – potentially at the new Allegiant Stadium in Las Vegas, the new home of the Raiders NFL team.

“We have a Plan A, a Plan B and a Plan C,” he said. “We are very conscious that we have to adapt, depending on how it develops. The earliest we’d envision doing one is before the Austin and Mexican grands prix – so they would need to happen.

“We have a term sheet from the new Raiders venue in Las Vegas, the new $2billion Allegiant stadium, and we would love to go there. I’ve spoken to some of the drivers, who are very excited about it as well, and it would be a Tuesday/Wednesday event.

“We’re just hoping that F1 will come to Austin and Mexico and then whether we’ll be allowed to put spectators in the stadium, whether it’s reduced capacity or not. It’s a bit of a waiting game, and the question is how long we can wait to take the decision. We have a number of other options as well, but it all depends on how the global situation develops.

“If we can’t put people in a stadium, we are working on a concept to still bring together the drivers from all the different series on a date and a place where we can not only test their skills on the ROC parallel track, but also the ROC Factor skills challenge course, and a real racetrack – and depending on the location, maybe on dirt for example, taking them out into the desert.

“We could show the world the fantastic interaction we always have among all the drivers at the Race Of Champions, do it all in a cool location and show the world via TV and our social platforms. It would be really nice to show their skills in different environments.”