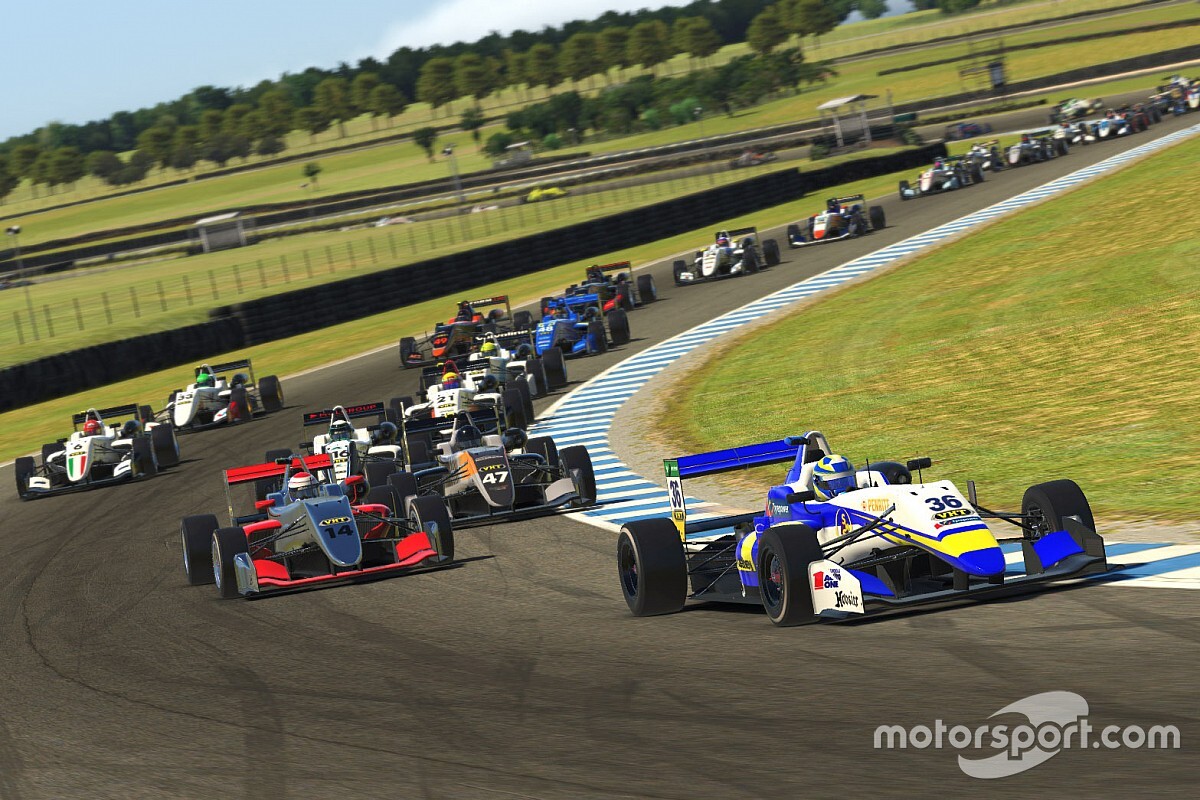 Wildcard Cody Burcher made a stunning ARG eSport Cup debut at Phillip Island, with a second in the TCR car and a dominant win in the Formula 3 race.

The Formula Ford regular only qualified through Wednesday's wildcard race, but made his mark once part of the main show.

Burcher found himself as part of a frantic lead group along with Sutton and Jaden Ransley.

The likes of Garth Tander and title contender Harley Haber had been up there in the early stages as well, however a pair of clashes – one at Turn 1 and another at Siberia – took them out of contention.

While Tander was left at the back end of the Top 10, Haber faired significantly. The V8 Touring Car regular was deemed to be at fault for the second impact.

That yielded a drive-through penalty, which put him effectively to the back of the field.

That left Sutton, Burcher and Ransley on their own, the trio staging a classic Phillip Island slip-streaming battle throughout the race.

But it was Sutton, who started sixth, who had the pace when it mattered, doing enough to break the tow on the final lap to grab a 0.2s win over Burcher and Ransley.

"In qualifying we just didn't quite get the lap we needed, so had to fight our way back through," said Sutton.

"But after the melee at Turn 1 it was all good from there."

James Golding was fourth, while Ben Bargwanna fought his way from 17th on the grid all the way to fifth.

Burcher hit back in stunning fashion after the switch to Formula 3 hardware.

The polesitter was untouchable throughout the second heat, quickly building a lead and never looking back.

His final winning margin was a whopping 12.3s.

"I'm looking forward to getting back in the Formula Ford ion real life, hopefully we can get racing again soon."

Trans-Am drivers Nic Carroll and Nathan Herne put on a brilliant battle for second, little separating the pair at any stage of the race.

Carroll managed to just hold on to second at the end, with Herne just 0.24s behind in third.

Jordan Cox finished a distant fourth, with Haber making a decent comeback from a first-lap off to finish fifth.

Sutton, meanwhile, had been in touch with the leaders before an early excursion at Turn 1 dropped him down the field. He was only able to fight back as far as 15th.