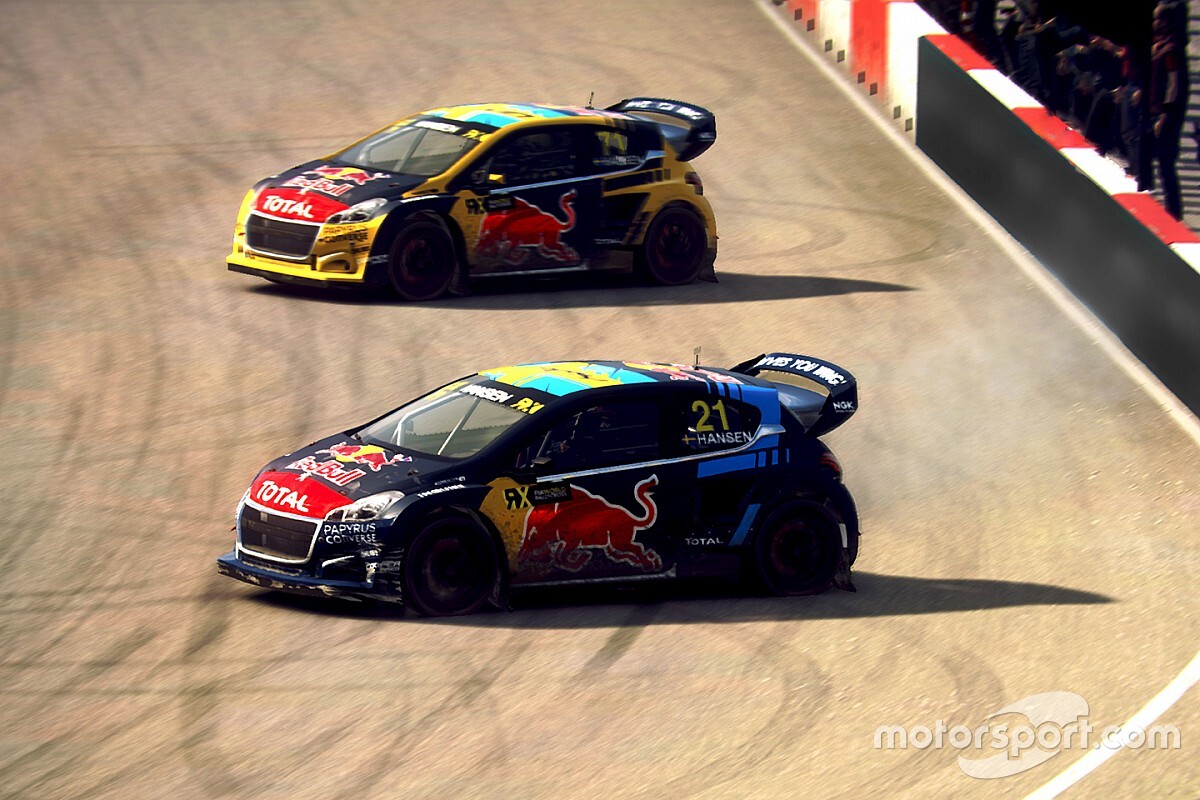 Holjes in Sweden, arguably the most revered circuit on the World Rallycross Championship roster, will host round three of World RX’s Esports series this weekend, but points leader Shane Van Gisbergen has been forced to skip the event due to the real-world Supercars season restarting this weekend.

The New Zealander won round one at Abu Dhabi in dominant form last month, but it was endurance racer Tom Blomqvist who claimed a shock victory in round two at Hell in Norway last Sunday, also driving a Peugeot 208.

The Swede has been the fastest and most consistent of the World RX regulars contesting the series and has finished on the podium in each of the opening two rounds so far.

Hansen has never won his home round of World RX in real-life, although he did cross the finish line first in 2015 after a last-corner overtake on Mattias Ekstrom, but was handed a penalty post-race and demoted to second. He’ll be looking to make amends for that this weekend.

Just behind Hansen in the results charts in both rounds so far has been Norwegian Henrik Krogstad, who in fact will drive for the Yellow Squad team in World RX’s RX2 International Series support class this year, run by Timmy and Kevin Hansen.

Krogstad will make his real-world on-track debut with the squad next week, also at Holjes in the RallyX Nordic opener, where Timmy Hansen will also compete in a CrossCar buggy.

Former World Rally Championship round winner Hayden Paddon had a torrid World RX Esports debut and didn’t make it beyond the qualifying stages in Norway.

He will be hoping for better this weekend at the Holjes circuit, which features the most famous natural jump of any circuit in the series as part of its roller coaster 1210meter, 60% asphalt / 40% gravel layout.

Joining the Hansen brothers and Blomqvist as ‘sons of famous former rallycross drivers’ at Holjes will be French brothers Fabien and Jonathan Pailler, the offspring of 1993 European Rallycross Champion Jean-Luc Pailler, making their first starts in the series.

Lithuanian Rokas Baciuska will race again under the GC Kompetition banner, and European Autocross Champion Matvey Furazhkin, another regular in the Esports series, also returns as part of the 16-car ‘Pro’ field.

French brothers Quentin and Killian Dall’olmo have taken a win a piece in the Sim class in the opening two rounds, and it’s Quentin who leads the standings for the 10-driver field heading into Holjes.