Audi's Kristensen finishes second in the Champion of Champions in Thailand 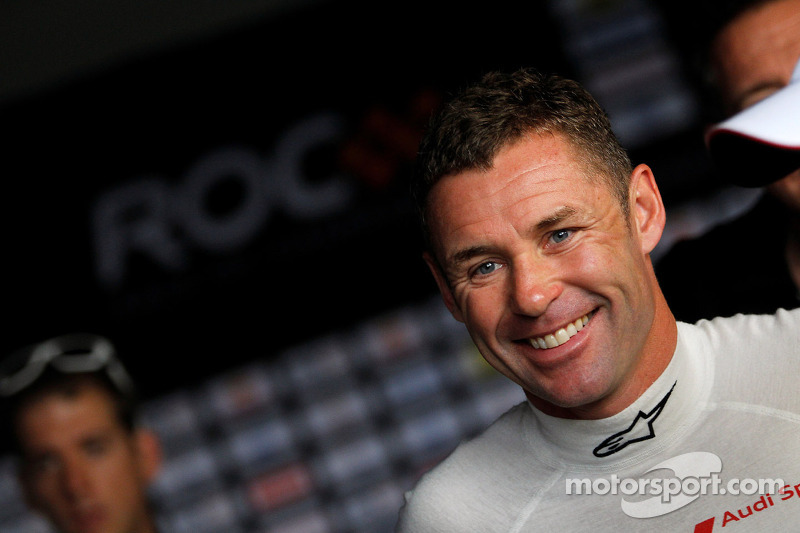 Audi long time driver Tom Kristensen put on a good show in his attempt to take the 2012 ROC title in Bangkok.

Ingolstadt - The Audi R8 LMS and Tom Kristensen were sensational at the Race of Champions in Bangkok. While the Audi factory driver was only defeated in the finale, his brand team mates cleaned up at the festive WEC awards in Paris.

Race of Champions: Tom Kristensen impressed fans in the stadium in Bangkok with his excellent performance: on the way to the final of the spectacle, the eight-time Le Mans winner disposed of David Coulthard and last year’s victor Sébastien Ogier.

Formula 1 driver Romain Grosjean in a thrilling showdown only finally beat the Dane. The Audi R8 LMS was once again one of the most popular race cars at the Race of Champions. The customer racing race car from Audi produces 570 hp and inspired drivers and fans alike. 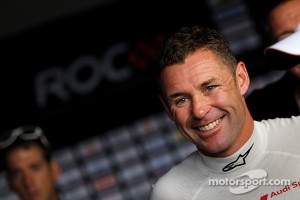 The women’s award, which acknowledges successful women who excel in the technical area of motorsport, is presented by the Women in the Winner’s Circle Foundation in the USA, a foundation established by former racing driver Lyn St. James.

The Audi engineer collected another prize on Saturday in Paris. The organizers of the FIA World Endurance Championship WEC presented Leena Gade with the ‘Man of the Year’ award. 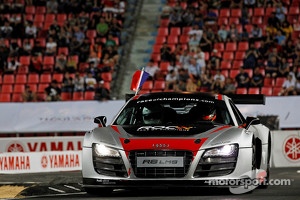 Unusual insight: Audi gives the public a look inside the innermost workings of the Le Mans winning car for the first time. A model of the Audi R18 e-tron quattro cut from front to back can be admired at the Audi museum mobile in the ‘Audi future lab: mobility’ exhibition up to March 17, 2003.

For a worthy cause: on Thursday Markus Winkelhock presented a donation at the José Carreras Gala. The winner of the 24 hours Nürburgring in 2012 also works as instructor for the Audi driving experience.

On behalf of the many participants, who had forgone the usual farewell present handed out after the driver training, he handed over the equivalent of 10,000 Euro to the José Carreras Foundation and two other charitable organizations.

A word from Leena Gade

You won the FIA World Endurance Championship WEC as engineer with Marcel Fässler, André Lotterer and Benoît Tréluyer. You have now received awards for this. Were you surprised? "To be perfectly honest I didn’t expect any of this whatsoever.

It was a wonderful surprise and reward for a long and hard season, which we experienced together.

However, the World Championship victory was a genuine team effort from every Audi Sport employee and Audi Sport Team Joest. Many thanks to them all."

You have filled another role at Audi Sport since the beginning of 2012. What has changed? "Over the last few years I was race engineer working at home in Great Britain. This year I moved over to Germany and work for Audi Sport in Ingolstadt.

I’m now integrated more closely in the early development stage of new race cars. On top of my original workload, I also have a lot of organization and development work now.

This is interesting, but also a challenge because the there is much more work now. I always wanted more responsibility at some point in my career. This materialized a little earlier than expected."

In 2012 you not only won the FIA World Endurance Championship (WEC) as engineer with your drivers, but also the 24 Hours of Le Mans for the second time. What was the biggest difference to the win in 2011? "I’ll remember the win at Le Mans in 2012 for completely different reasons than victory the year before.

In 2011 I had a very good feeling throughout the course of the week leading up to the race. This year we didn’t know just how strong our new opponent Toyota would be.

There was healthy competition within our team between start number ‘1’ and the car number ‘2’. I was relieved when the race was finally over. Immediately after the checkered flag fell I was glad to be completely alone of the pit wall for a few moments.

For the first time my guys and I had taken victory ourselves, the year before we have received a great deal of support from the teams of the two cars that had retired."