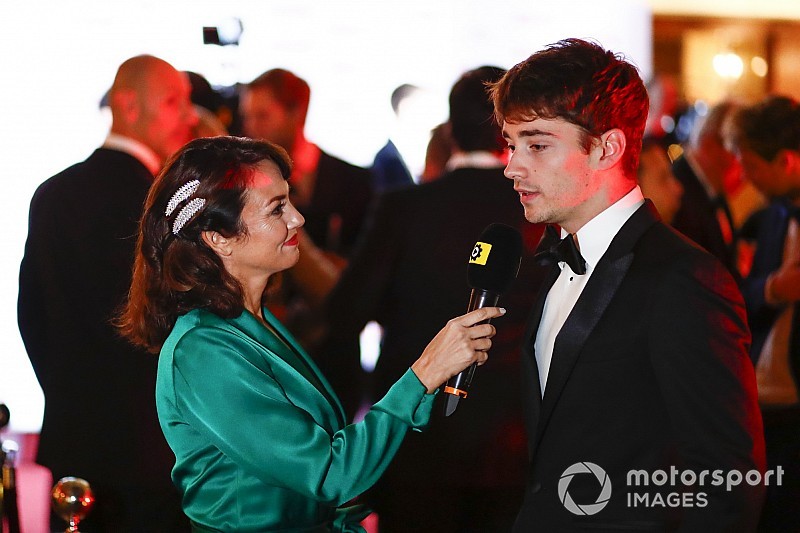 Future Ferrari Formula 1 driver Charles Leclerc has won the Richard Mille Rookie of the Year at the 2018 Autosport Awards.

He makes it back-to-back victories of the award, having first won it off the back of his dominant Formula 2 success in 2017. Leclerc then had a stunning breakthrough F1 season at Sauber in 2018.

A slow start to his first year at the highest level was banished with a sixth place finish in the Azerbaijan Grand Prix and he scored points a in a further nine grands prix to earn a graduation to Ferrari.

Leclerc has played a key role in Sauber's resurgence in 2018 and beat experienced team-mate Marcus Ericsson convincingly across the campaign to earn a graduation to Ferrari next year.

His award was presented to him by Formula E champion Jean-Eric Vergne.

"It has been a great season," said Leclerc. "I did not expect it to be so positive or the promotion.

"That is quite crazy and I don't quite fully realise what is happening. The first the three races were quite difficult, a lot to learn and new things.

"After that it went smooth and it was a great year and it was not positive without a great team behind me unlocking the car.

"We finished the year quite regularly in Q3 and it is all down to the team. I am really looking forward to the challenges in the next few years.”

Leclerc also spoke about his new team-mate for 2019, Sebastian Vettel.

"I will have a lot to learn, it is totally new for me and it is quite a big leap," said Leclerc. "It is an honour to have a champion like him alongside me."