Book review: ‘In the Zone’ reveals hidden secrets of the mind 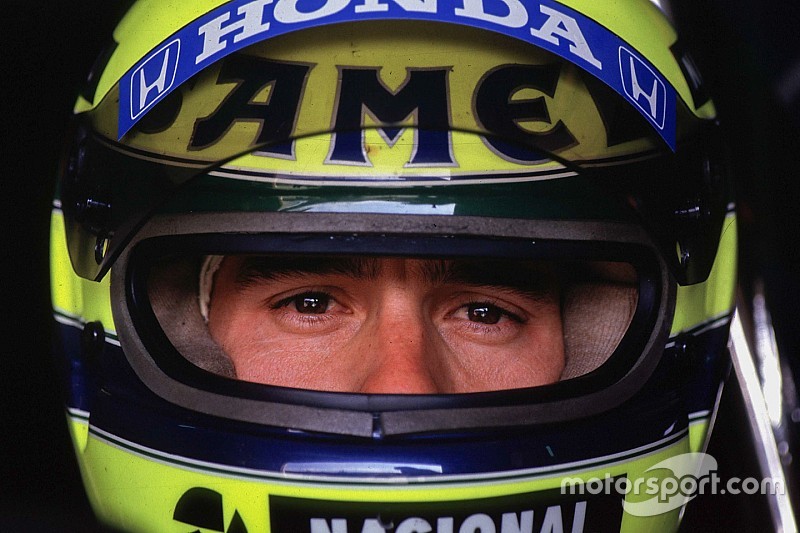 In his new book ‘In the Zone’, Clyde Brolin delves into the mental superpowers that set apart the greatest athletes in motor racing and beyond.

Coming from a writer who spent a decade working in Formula 1, it should come as no surprise that ‘In The Zone’ heavily features motor racing in his 312-page follow-up to 2010’s racing-oriented Overdrive.

However, in his latest work Brolin expands his scope to include the entire world of sports. His list of interviewees truly is a Who’s Who of greats from a wide array of disciplines, from Novak Djokovic to Nadia Comaneci and Usain Bolt to Michael Phelps.

As diverse as his cast is, Brolin’s high-performance subjects all share common experiences of what really makes them the world’s greatest: their trips to ‘the zone’, a place of supreme levels of concentration and flow that separates the good from the great.

The writer’s interest in the zone stems from his fascination for Ayrton Senna, who once famously described having an out-of-body experience in his McLaren.

Qualifying for the 1988 Monaco Grand Prix, the mercurial Brazilian grabbed pole by an astonishing second and a half over teammate Alain Prost.

“I was going faster and faster… and I suddenly realised that I was no longer driving the car consciously,” Senna explained in an interview with Gerald Donaldson. "I was way of the limit, but still able to find even more.

“It frightened me because I realised I was well beyond my conscious understanding.”

After seven years of labour, Brolin concludes that other sporting greats have similar experiences, achieving maximum performance by tapping into the subconscious and going beyond what is thought possible.

“For any sportsperson it is the same," two-time F1 world champion Emerson Fittipaldi explains. “To achieve the highest mental and bodily level of performance you have to work on each separately, then put them together with the spirit.

“If you have all the ingredients together you can perform at 100 per cent but if one of them is not in complete harmony, you aren’t at your peak."

Visualising your future challenges is a key aspect of the Zone, as Felix Baumgartner describes. The Austrian made history in 2012 by jumping from a balloon at the altitude of 24 miles and breaking the sound barrier unassisted in the process.

“I have done this jump a thousand times in my mind. I think about how it will feel, what it will look like. When I finally do it for real, 99 per cent if the time it works exactly like I’d visualised. It’s the power of will and focus you have. Mental preparation is crucial.”

Entering this magical Zone is not achieved by sheer luck but rather the product of discipline and dedication.

Indeed, the author’s conclusion is that anyone can attain the zone. It requires an unmovable self-belief that is borne out of countless hours of hard work in whichever discipline inspires us, as long as we dare to dream big.

“I tell kids if they have a dream, don’t let anyone tell them they can’t do it,” says triple world champion Lewis Hamilton. “I tell kids to have that full belief in themselves.

“What separates remarkable people from those who perhaps have not achieved to the same level is drive. When I watch Novak Djokovic or Lionel Messi you can’t imagine they could get better, but they are just constantly growing. It’s single-minded focus on getting somewhere that’s beyond the norm."

Just like its predecessor Overdrive, In The Zone is a fascinating read for anyone interested in the psychologic principles behind the world’s best athletes.

The number of similar accounts might seem repetitive but in fact they only reinforce the author's point that their really is a common path to the top.

Featuring unique perspectives by Alex Zanardi, Simon Pagenaud, John McGuinness, the late Dan Wheldon and many more racers, there is a lot to like for fans of motor racing as well.

In The Zone by Clyde Brolin is out now (Blink Publishing)
http://bit.ly/InTheZoneBook