Circuit of The Americas™ announces two new board members

AUSTIN, Texas (April 15, 2013) – Circuit of The Americas today announced that Highcroft Racing’s Duncan Dayton and CyrusOne co-founder David Ferdman will join the private company’s board of directors effective immediately as the Circuit continues to add to its list of successful entrepreneur involvement. 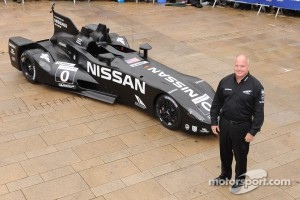 Duncan Dayton founded Highcroft Racing in 1989, originally as a premier vintage racing restoration and preparation service. He quickly came to prominence in historic Grand Prix racing and is still a force to be reckoned with, having claimed his 11th victory at the Grand Prix de Monaco Historique last season, a record for the internationally renowned street circuit. While continuing to nurture his passion for race cars of yesteryear, Dayton also sought the challenge of competitive sports car racing as he developed his business. Through constant growth and evolution, Highcroft Racing today enjoys tremendous success in the American Le Mans Series, claiming podium places and class victories at races such as the Petit Le Mans and Twelve Hours of Sebring, respectively, while winning back-to-back American Le Mans Series championships in 2009 and 2010 with Dayton’s American-owned and based team.

Dayton and Highcroft Racing recently joined forces with DeltaWing Racing Cars and Nissan to spearhead the noteworthy debut of the Nissan DeltaWing at the 2012 24 Hours of Le Mans. The ground-breaking car captured the imagination of fans and media around the world, generating massive global interest while being featured in mainstream news outlets such as the New York Times, Wall Street Journal, Fox News, The Times of London and Popular Science.

David Ferdman co-founded CyrusOne, (NASDAQ: CONE) in 2000 and served as its president and chief executive officer for 11 years. Today, he still serves as a director for the publicly traded company. Ferdman has been recognized as an industry leader in the outsourced data center services marketplace and has been published on the topic of entrepreneurship as well as a variety of data center related topics. He was also a finalist in the 2004 Ernst and Young “Entrepreneur of the Year” program. Prior to CyrusOne, Ferdman co-founded and served as the chief operating officer of UWI Association Programs, a telecommunications platform, that eventually merged with Network Long Distance (NASDAQ: NTWK). Ferdman continued to serve as chief operating officer for the merged company until it was purchased by IXC Communications (NASDAQ: IIXC) in 1998.

Ferdman serves as a managing partner of Acalre Holdings LP, as chairman and director of Serendipity Wine Imports, as a member of the board of advisors of Platform Partners, as a trustee of the ESCAPE Family Resource Center and as a trustee of the Jewish Community Center of Houston.

Circuit of The Americas

Will the new generation DeltaWing survive?