For the latest #ThinkingForward interview we speak to ex-F1 driver David Coulthard and his Czech business partner Karel Komarek about why they are bankrolling an ambitious new program to empower female racing drivers to reach F1.

David Coulthard has achieved a lot in over 30 years in professional motorsport. He never won the F1 world championship, but he’s determined to help a female racing driver to reach that level.  His sister Lynsay was a formidable kart racer, who was given the same opportunities as a child by his scrupulously fair parents. But she slipped out of the system as a teenager as so many girls do.

There have been many initiatives in the last decade launched to address the most asked question in F1 – why are there no women F1 drivers? From the FIA Girls on Track program to the W Series, of which Coulthard is a founder partner, the opportunities are growing. But they don’t address the fundamentals of what is needed to make the break-though to F1m which are:  better talent detection at an early stage and then funding and other professional support for a defined program through to F1. This is what most of the household name male drivers from Lewis Hamilton to Lando Norris have benefitted from one way or another.

So Coulthard has partnered with his friend, Czech businessman Karel Komarek, to put in place a not-for-profit development structure called More than Equal, peopled by industry experts in everything from fitness, driver coaching, and psychology to sponsorship. It is an open-ended commitment, with an initial ten-year term. Komarek is best known as the operator of national lotteries in many European countries and whose company Allwyn Entertainment recently won the coveted UK National Lottery license. 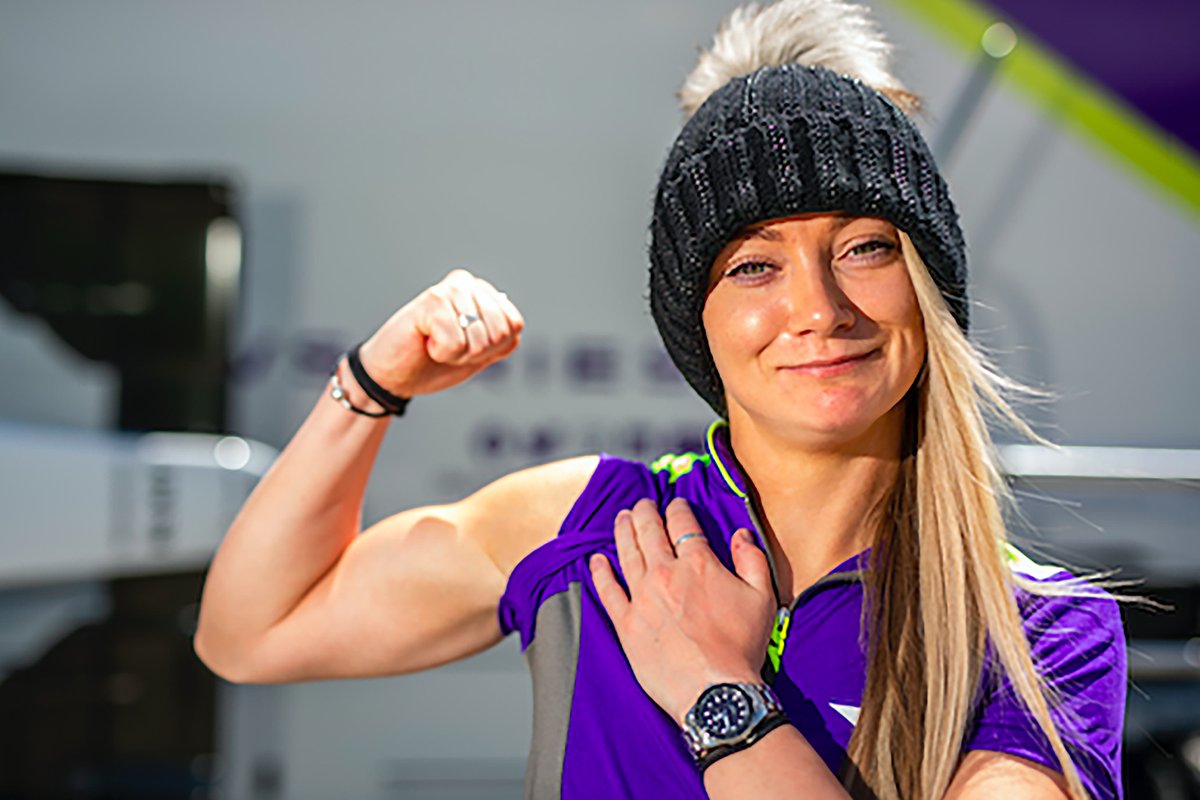 More than equal seeks to break down misconceptions about female racers.

While Coulthard has a back story of a sister who didn’t believe there was a pathway for women to F1, Komarek’s backstory is growing up in communist Czechoslovakia and feeling cut off from access to business networks in the West.

“The country was closed, we were not able to travel, to compete. I learned so much in the last 25 years,” he says. “The same can apply for young female drivers, if you don't have a chance at the age of 10 to 12, where we can identify the first talent, ensure whether you are capable and competitive with other male drivers, it is a similar story.”

Coulthard has enlisted the help of top names like Hintsa Performance, whose trainers look after many of the F1 drivers, to provide best-in-class assessment, performance coaching, and mental preparation facilities. The advisory board contains numerous industry stalwarts like former F1 director Kate Bevan, Julia George, and Lewis Hamilton’s father Anthony.

“Because of my experience within Formula One, because of the other people that we have, together with Karel’s business experience and commitment, if we bring together good people who are motivated, we have a great team,” says Coulthard. “So if we can't affect something positive and try to support and secure some talent for the future, then who can? “Because the Formula One teams are too busy doing what they're doing. And quite frankly, they're not really interested in supporting at that level. What we're going to do is create talents, and support talents that then are picked up because they warrant being part of a young driver program, and there's the difference.

“There's a feelgood factor in this for us because we believe that we can affect change. And if nobody does it, nothing happens.  W Series is an example of that. It's controversial to some people. But it hasn't half put a number of women front and center.

“This is not about what can we get out of this financially. This is about creating a sustainable financial platform, which we're going to have to support in the early stages, but we want to find partners that look beyond their own branding. We're committed to this for the long term. So that means whilst we're here and breathing we want to support this program.”

The soft launch of More than Equal took place ahead of the British Grand Prix and was somewhat drowned out by the furor over Nelson Piquet’s wholly unacceptable comments about Lewis Hamilton. The week showed that while motorsport is moving forward slowly in becoming more inclusive on all fronts, it’s an uphill battle.

More than equal will seek through data and research to break down misconceptions about women racers, such as lack of strength, aggression, or willingness to put themselves in harm’s way. These have created barriers in the past. Coulthard cites female boxers like Olympic champion Nicola Adams and female combat pilots who served in Afghanistan. He firmly believes that racers do not consider that they can get hurt when they get into a racing car and dismisses any suggestion that it is different for women. He cites his own poignant example of getting his first F1 drive for Williams in 1994, replacing the recently deceased Ayrton Senna. 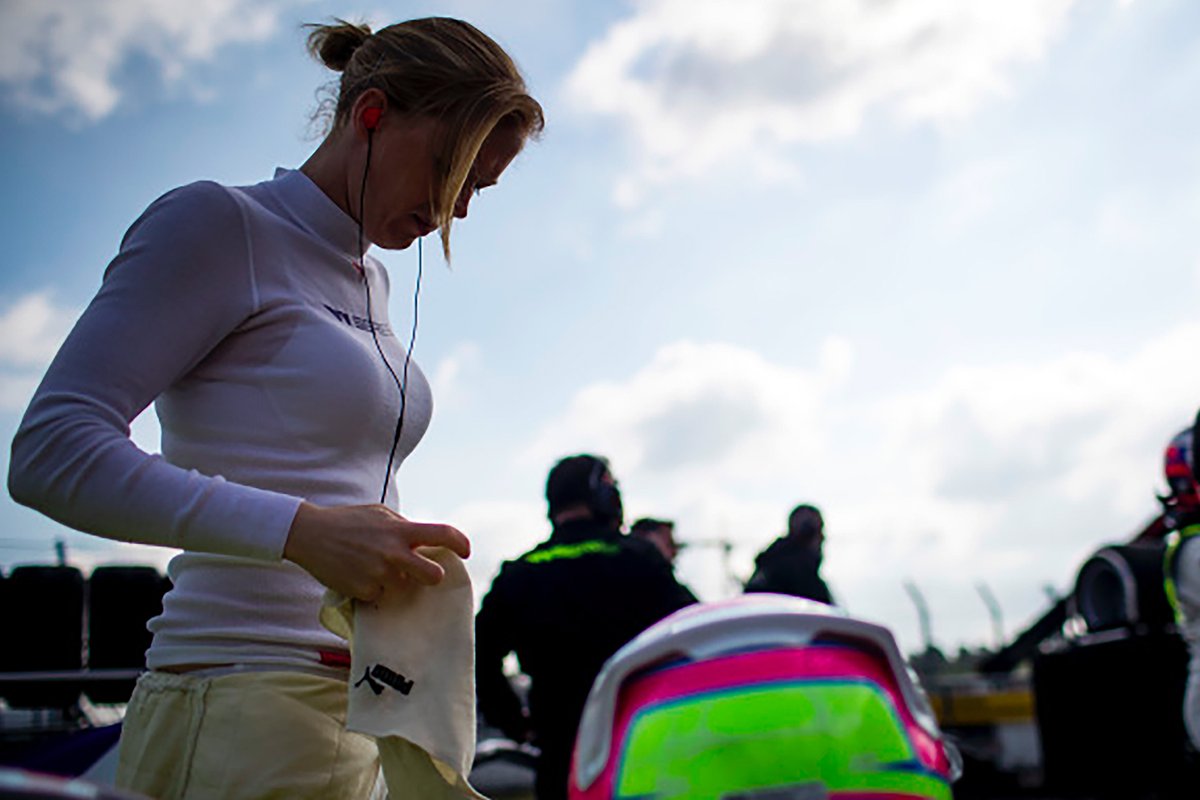 More than equal seeks to break down misconceptions about female racers.

“It just never comes to your mind,” he says. “Look at how I came into the sport look at Ayrton. Literally was three weeks later, and I'm in the same car. I had been testing that car, shaking it down prior to him going to Imola, that same chassis you know. It was the bad luck of the racing gods.”

What would certainly help a lot with the cause of finding a female F1 driver would be the daughter of a famous racer coming through the ranks. Drivers like Nico Rosberg, Sebastian Vettel, and Juan Pablo Montoya have daughters, but they aren’t being encouraged to race. However, Mika Hakkinen’s daughter Ella is karting and about to enter the teenage years. According to his former McLaren teammate Coulthard, “Mika is passionate about it.”

For more information on More than Equal visit www.morethanequal.com

CUPRA takes on learning process at Zolder in FIA ETCR