This week, Motorsport.com has been on-site at the Shell House in Mexico City delving deep into some of the more the technical aspects of Formula 1. Yesterday, the focus was to ‘Beat the Performance’ – taking an in-depth look at the fuel-saving aspect of the championship.

Illustrating the technicalities of conserving fuel was Scuderia Ferrari development driver Marc Gene, who challenged fans and influencers – as well as our very own Julia Piquet – in simulator battles around the Mexican GP circuit using the F1 video game.

The Shell House initiative is about educating and exciting fans of F1 – which is where the crucial partnership between Shell and Scuderia Ferrari comes into play.

Scuderia Ferrari and its major sponsor have the longest and most successful partnership in the history of F1. Nobody else has won so many races or championships – and the success of the partnership is thanks to working hand-in-hand – it’s a team effort that extends far beyond sponsorship. 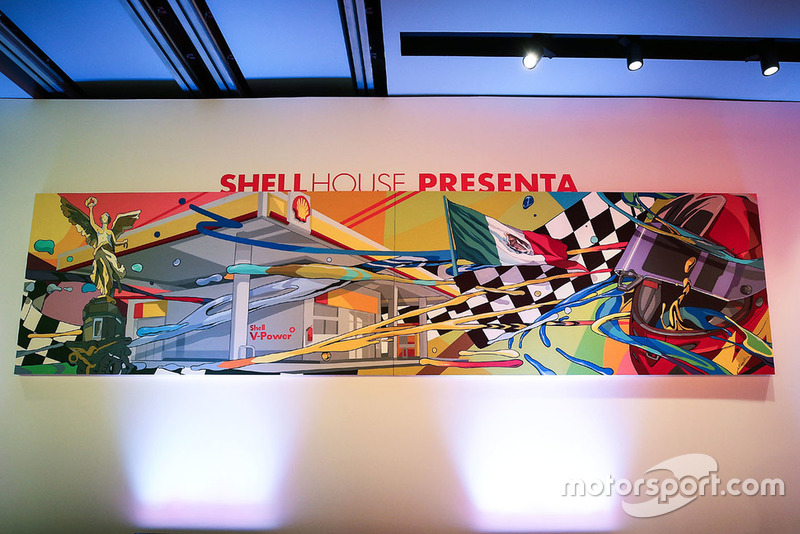 "As a driver, you are always looking for that advantage," explained Marc, taking to the stage ahead of his mentoring sessions. "Power is key. Of course, the more power you have, the more speed you have, so the faster you can drive. So for us, if Shell can provide a fuel that allows us to get the absolute maximum out of the car, that’s crucial."

Of course, with great power comes great responsibility… or should that be reliability?

"Reliability becomes very important," Marc continues. "When I started racing in F1, there were 16 races on the calendar. Now there are 21. At that time, you could put a new engine in for each race – now we must make three engines last all season. These engines must be 21 times more reliable than before – and having high performance fuels and lubricants that keep the engine in peak condition is essential."

We’ll be learning more about the key advantages Shell’s technology brings to the Scuderia Ferrari team from F1 Fuels Development Manager Benoît Poulet later this week when we visit Shell’s mobile Track Lab at the Mexico City circuit during qualifying on Saturday.

There’s a lot more to fuel economy than just the fuel itself, though, as Marc soon demonstrates; taking to the simulator alongside Julia to walk her through the methods F1 drivers use to keep their fuel consumption in check on trickier circuits.

"The fuel-saving performance is a combination between the power unit and the fuel – but it also requires a lot of driving skills," he tutors, as the pair roll their cars out onto the virtual Mexico City circuit. "It’s about how you can adapt your driving to take full advantage. You want to go as quickly as possible, while preserving fuel. The easiest way to do that is to coast. Coasting is when you drive full power, but you take your foot off the accelerator for a few moments before you apply the brake.

"In qualifying, there’s no need to save fuel,’ he continues, expertly weaving his way through Ese del Lago and Horquilla corners. "So you might brake, let’s say, 80m before the corner. However, in a race where you are preserving fuel, you might lift off at 100m before the corner, coast for 20m or so, then apply the brakes. This is the most efficient way of saving fuel. This technique applies to all road cars as well as Formula 1 cars – it can help you save fuel – and money – when you drive."

It brings a whole new meaning to the phrase ‘driving like a racer’.

Of course, when it comes to F1 performance, competition is key. With two racers on board for Motorsport.com in Julia Piquet and Elba Navarro, a head-to-head seemed inevitable.

Watch the video below for highlights from yesterday at the Shell House, see how Julia & Elba got on competing fiercely under the expert tutelage of Marc Gene – and look out for a surprise special guest.