Formula One - On and Off track week 43

Latest developments ahead the 2011 season - Lotus

Over a month ago Lotus Racing owner Malaysian businessman Tony Fernandes said his team would make some 'exciting announcements' regarding the future of the team on the Friday ahead of the Singapore Grand Prix. It was expected the team would confirm their 2011 driver line-up and would announce an engine deal with Renault. But the AirAsia airline owner instead announced his team would use the 'Team Lotus' name in 2011, as he had purchased Team Lotus Ventures Ltd., a company led by Briton David Hunt which owns the name Team Lotus. The current outfit uses the name 'Lotus Racing' this season, after they had obtained a license for one year from British sportscar maker Group Lotus, which is owned by the Malaysian Proton car manufacturer. 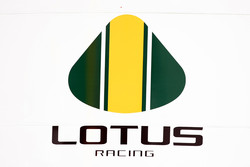 But a few days later Proton and Group Lotus challenged Fernandes' claim he had bought the rights to the Team Lotus name, and also stated that Fernandes would not get a new license for the Lotus Racing name either. It turned out Group Lotus will together with the French ART team operate a GP2 team in 2011, a move that also fueled the suspicions Group Lotus is looking for a way to get into Formula One, and if that is the case it is of course undesirable the name Lotus is already used by Fernandes' current team Formula One team. Thus a dispute over the name Lotus was born, and Formula One team Lotus Racing responded by announcing they would bring the matter before a London High Court.

Although it is believed the name dispute had held up any further news about the team, Lotus Racing did have some good news and they confirmed during the Korean Grand Prix they have finally signed a deal with Renault for 2011, after they had paid their way out of their current contract with Cosworth. Lotus will also be using the Red Bull Technology gearbox, and Lotus has also announced they will build a wind tunnel at its current UK base in Hingham.

Chief Technical Officer Mike Gascoyne has signed a new five-year contract with the team, and these new developments indicate Lotus does have the intention to stay in Formula One for years to come. But there has been no news about the 2011 driver line-up, and although Jarno Trulli and Heiki Kovalainen have hinted they have a contract for 2011, Lotus has still not officially confirmed this. Both drivers might want to check their contract and see what it says about the name Lotus, as it is very well possible Proton could win the dispute, in which case there won't be a Lotus team in Formula One in 2011 at all, and Fernandes will have to find another name for his team.

The Williams team also seems to have a few problems, the future of Rubens Barrichello and Nico Hulkenberg seem to be at stake. Sponsor RBS leaves at the end of the season, and they need money and new sponsors. Hulkenberg's successor could be Venezuelan Pastor Maldonado, who took over the GP2 crown from the German this year, and there are reports he will bring $15 million sponsorship from Venezuelan state oil company PDVSA to the team Hulkenberg himself has said he will not pay for his 2011 seat, and his manager Willi Weber reported he will do everything he can to keep his talented prot?g? in Formula One. There could be another solution: Austrian entrepreneur Christian Wolff, who has a 10 percent stake in the Williams team, recently said he could increase his stake in the team up to 'a strategic investment' in the future. 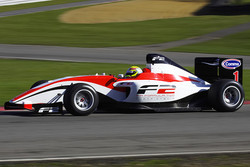 To make the company more profitable, Williams builds the chassis' for the Formula Two series, and Williams company Williams Hybrid Power (WHP) also supplies a magnetically-loaded composite flywheel system for the Porsche 911 GT3 R Hybrid, which has been developed using technology of the Williams Formula One flywheel based KERS system. Williams is confident their system can in the future also be used for other road cars, as 'greener' hybrid cars with energy recovery systems become more and more popular. Williams will also sell their hydraulic system and gearboxes to their rival teams in 2011. Williams Technical Director Sam Michael confirmed the news, but refused to reveal the names of the teams. One of the most likely customers of the Williams gearbox is the struggling HRT team.

Williams founder 68-year old Sir Frank Williams is determined to stay in the sport as a independent team and constructor, and has last month signed Swiss bank UBS as a new sponsor for 2011. He has no intention to retire either: "I love Formula One, I have a strong involvement in the company and go to work every day. When I'm going to retire hasn't crossed my mind."

Sauber is another team struggling to find sponsors, they made it through the 2010 season financially unscathed thanks to the help and money of BMW who left Formula One at the end of 2009, and it seems Peter Sauber now finally sees some light at the end of the tunnel. Sauber has signed Mexican Sergio Perez, and he will be driving alongside Japanese driver Kamui Kobayashi in 2011. Perez is backed by Mexican telecommunication giant Telmex who will be the title sponsor for the Sauber team, and their logos 'will have a significant presence on the Sauber Motorsport racing cars', according to a statement released by Telmex and Sauber.

The 20-year old Perez has already visited the Sauber headquarters in Hinwill, Switzerland, and he will test the Sauber during the young driver tests in Abu Dhabi. Perez said, "Formula One is the dream of every young racing driver. And now this dream is about to come true for me. Although I'm very much aware that this is also a big challenge and responsibility, I'm happy to accept that and am proud to be representing my country in the highest category of motor racing."

Kamui Kobayashi, who already proved he is an important asset for the Sauber team in terms of publicity, and is also a great team motivator, could also bring in some new Japanese sponsors. Due to his extraordinary performance and his kamikaze-style fighting spirit, Japanese companies are now again interested in Formula One, and the rumors are that electronics giant and ex-Toyota sponsor Panasonic wants to back Kobayashi in the future. Sauber doesn't deny the rumors, but also refuses to comment or to speculate about a possible Panasonic sponsorship.

The traditional end-of-the-season young driver tests are to take place right after the last race on the calendar, the Abu Dhabi Grand Prix. It will also be an opportunity for all teams to test the new Pirelli tyres and gather as much data as they can about the Italian rubber, but the three-day tests are mainly to give young and talented drivers an opportunity to drive a Formula One car. 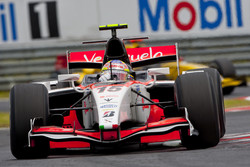 Pastor Maldonado could be on his way to Williams.
Photo by GP2 media service.

Belgium Jerome d'Ambrosio and Brazilian Liuz Razia will be testing for Virgin Racing, Sauber will test Mexicans Perez and Esteban Gutierrez, Red Bull will test their reserve driver Australian Daniel Ricciardo, and Toro Rosso will test Frenchman Jean-Eric Vergne. Renault will run Renault World Series champion Russian Mikhail Aleshin, and perhaps Dutch-Chinese driver Ho-Pin Tung, McLaren hasn't released any names, but it is expected their reserve driver Gary Paffett and Oliver Turvey will take the McLaren for a spin. Lotus, HRT and Mercedes haven so far not given any information about their test drivers.

Formula One seats are in hot demand

Now hold on to your seats, there are a whole bunch of drivers who are looking for a race seat for the 2011 season: Nick Heidfeld who lost his job at Sauber to Perez, Briton Paul di Resta and Indians Narain Karthikeyan and Karun Chandhok and Russian Aleshin are all eying a seat at Force India, Austrian Christian Klien and Spaniard Pedro de la Rosa are interested in HRT, and Dutchman Giedo van der Garde is reportedly talking with Williams and the three new teams.

Current Formula One drivers Italian Vitantonio Liuzzi, Germans Adrian Sutil, Timo Glock and Hulkenberg, Japanese driver Sakon Yamamoto and Brazilians Bruno Senna and Lucas di Grassi, are not sure whether they will keep their present seat, the same goes for the two Lotus drivers Trulli and Kovalainen and Renault driver Vitaly Petrov.

A very long list of names, and about the question who's going to drive where in 2011 and who of the above young and talented drivers could become an official test or reserve driver: your guess is as good as mine.

Join us again next week for the weekly "Formula One: On and off track".