Hybrid racing cars may have become commonplace only recently, but their presence in motorsport harks back to the late 1990s.

By:
Aditya Siregar
Translated by:
Rachit Thukral
Listen to this article

Exactly 20 years ago American high-performance car manufacturer Panoz made history when it debuted the Q9 GTR-1 Hybrid at the Le Mans 24 Hours. But perhaps the car was ahead of its time and it would take another 10 years before the next hybrid machine contested a race.

Nowadays hybrid technologies have become sophisticated to the point that they form the core of Formula 1 and FIA World Endurance Championship regulations.

F1 added KERS (Kinetic Energy Recovery System) as an optional feature in 2009, before making a switch to full-hybrids in '14. Endurance racing's hybrid era started two years earlier in 2012, when the new-formed WEC series made hybrids mandatory for all manufacturers in the top-tier LMP1 class.

In addition to F1 and WEC, hybrid racing cars can also be seen in the GT300 class of Super GT, Japan's premier sportscar championship. 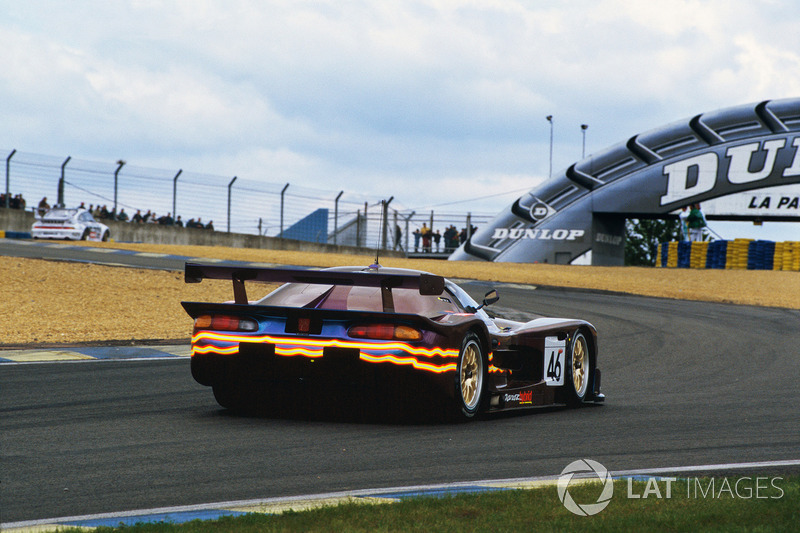 1/14
Nicknamed Sparky, the Panoz Q9 Hybrid made a grand debut at the 1998 Le Mans 24 Hours race. Its makers had hoped that the additional electric power would lead to fewer pitstops, thus greatly increasing the chances of a strong finish. However, the batteries ended up having a negative effect, making the car too heavy and it couldn't even qualify for the race. 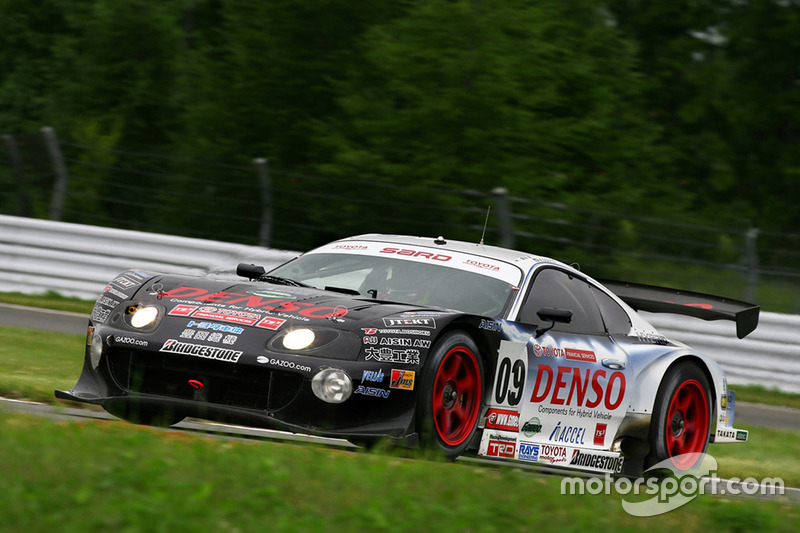 2/14
With three electric motors and a super capacitor, Team Sard's Supra HR-V won the 2007 Tokachi 24 Hours, a now-defunct sportscar race that formed a part of Super Taikyu championship in Japan. 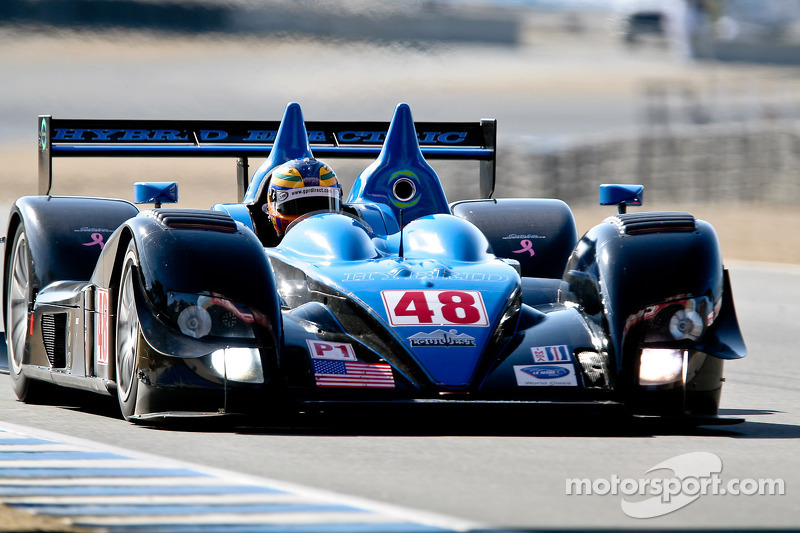 3/14
The Ginetta-Zytech 09HS competed at the Lime Rock round of American Le Mans Series in 2009, finishing on the podium with Johnny Mowlem and former F1 driver Stefan Johannson at the wheel. 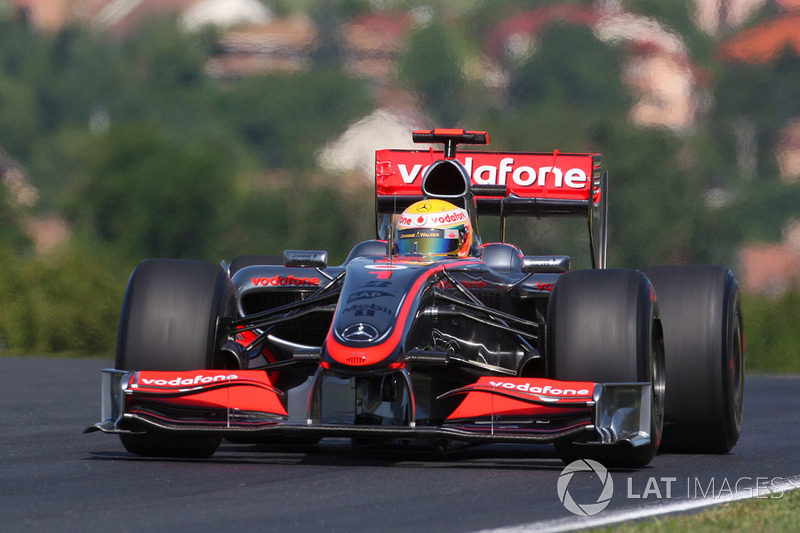 4/14
F1 introduced an optional KERS system in 2009. Lewis Hamilton became the first driver to win an F1 race in a KERS-powered car when he piloted the McLaren MP4/24 to victory at the Hungarian Grand Prix. 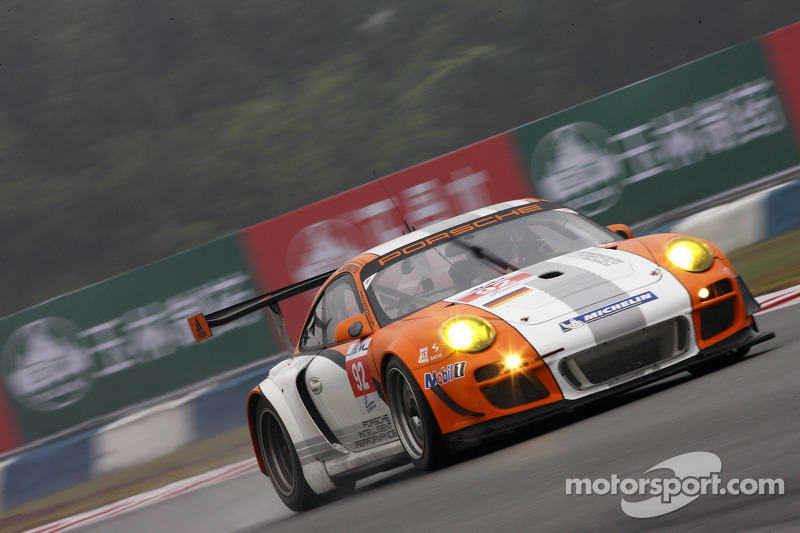 5/14
After making its first public appearance at the Geneva Motor Show, the Porsche 911 GT3 Hybrid was seen in action at the Nurburgring 24 Hours. Thanks to a flywheel-type hybrid system, the 911 GT3 Hybrid could complete 10 laps per stint as compared to 8 for its petrol-only rivals. Unfortunately, the car had to be retired two hours before the chequered flag. 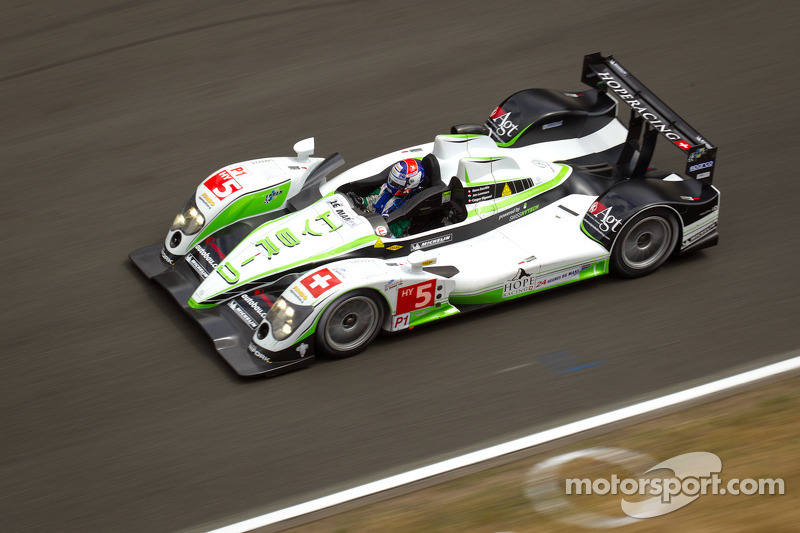 6/14
Hope Racing fielded a hybrid prototype car at the 2011 Le Mans 24 Hours. Based on an Oreca 01 chassis and a 2-litre turbo engine, the car exploited an F1-style KERS system to produce extra power. However, Hope Racing could complete only 115 laps before retiring the car. 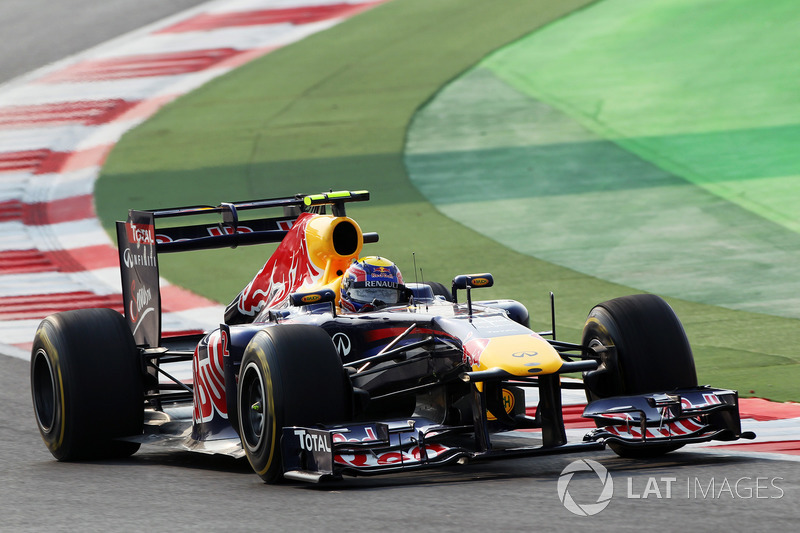 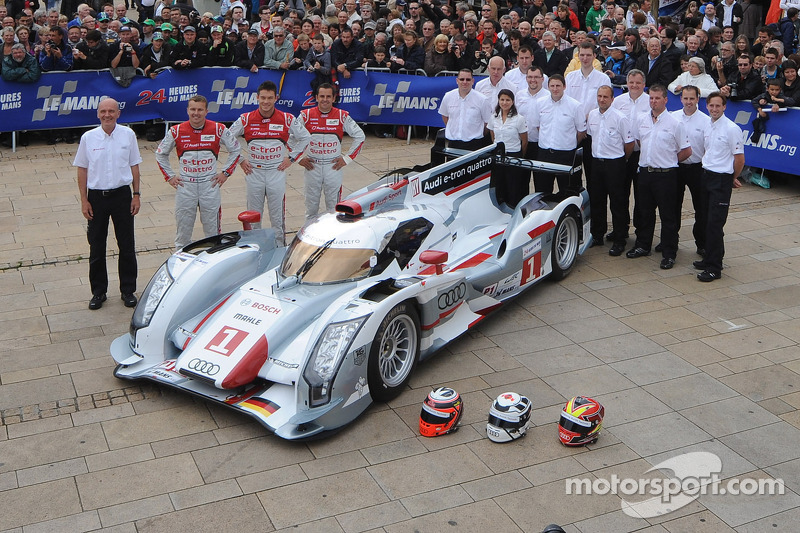 8/14
With a diesel engine at heart and an electric motor attached to it, the Audi R18 e-tron quattro became the first hybrid car to win Le Mans in 2012. 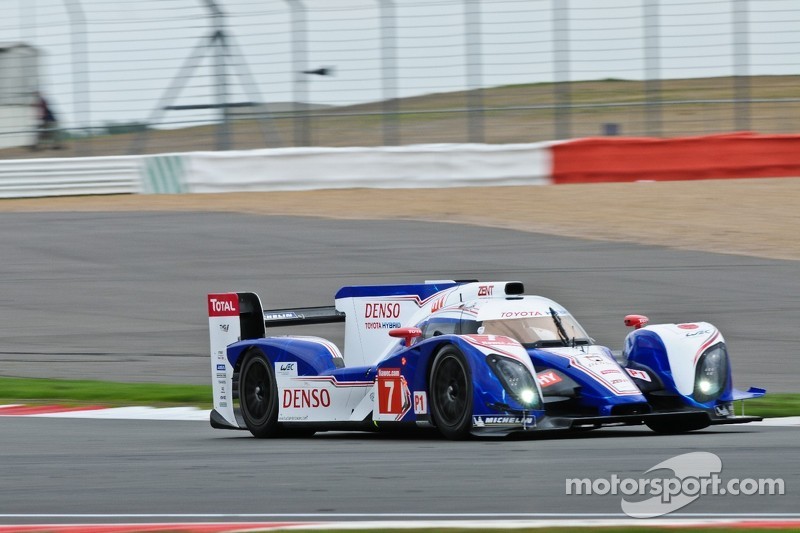 9/14
Toyota returned to top-flight endurance competition in 2012 with its TS030 Hybrid. The car skipped the opening two rounds at Sebring and Spa, only making its debut at Le Mans. It failed to finish the race but came back stronger towards the end of the season, winning at Sao Paulo, Fuji and Shanghai. 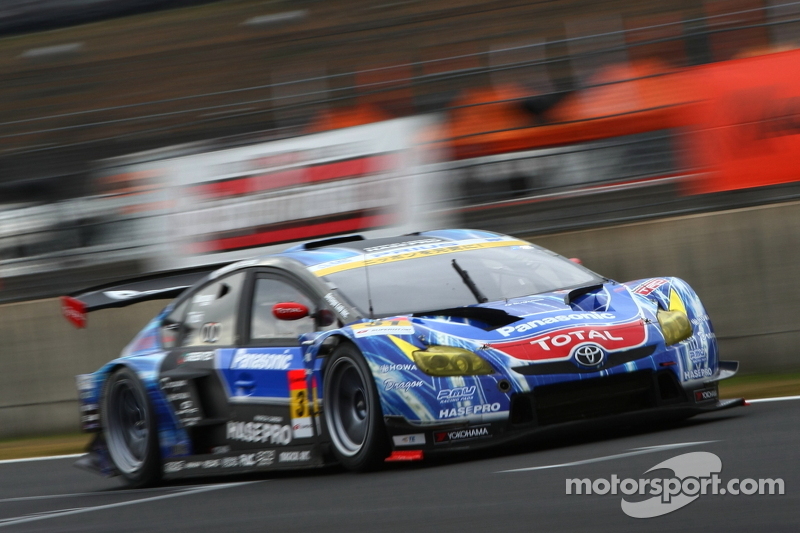 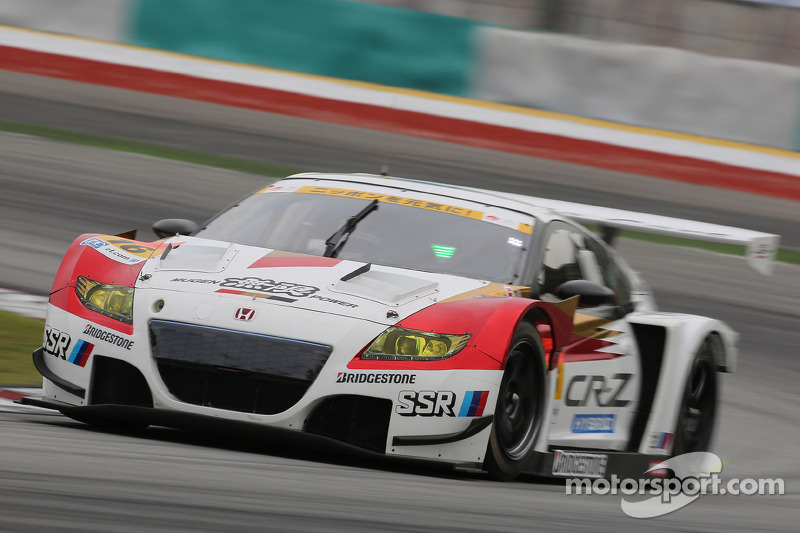 11/14
In the following season, Team Mugen took the GT300 title with its hybrid Honda CR-Z GT. 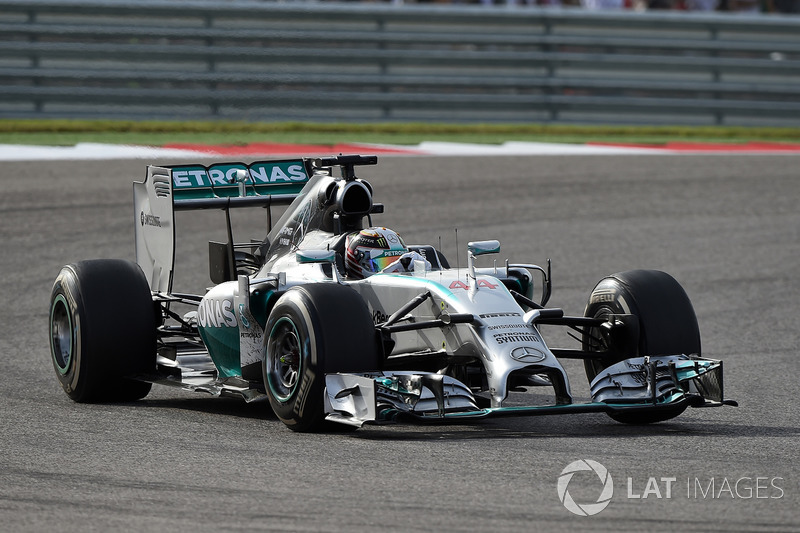 12/14
Formula 1 adopted full-hybrid technology in 2014, with power generated both from regenerative braking (MGU-K) and the heat released from exhaust gases. There was a change in the Internal Combustion Unit (ICU) too, with 1.6-litre V6s replacing the old 2.4-litre V8s. Mercedes sweeped both drivers and constructors' title in the first year of hybrid era. 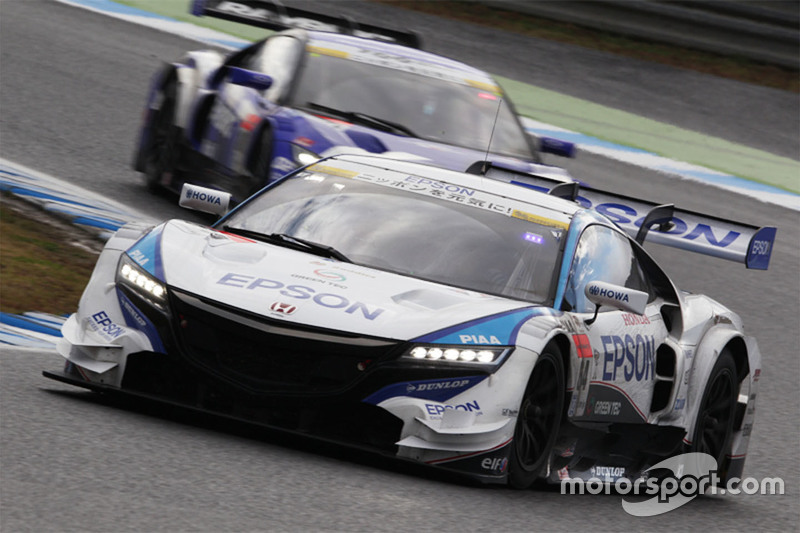 13/14
Hybrid cars weren't limited to just the GT300 class of Super GT. Honda raced the hybrid version of NSX Concept GT in the flagship GT500 category between 2014-15, but was forced to abandon it before the start of the '16 season as the negatives simply outweighed the positives. 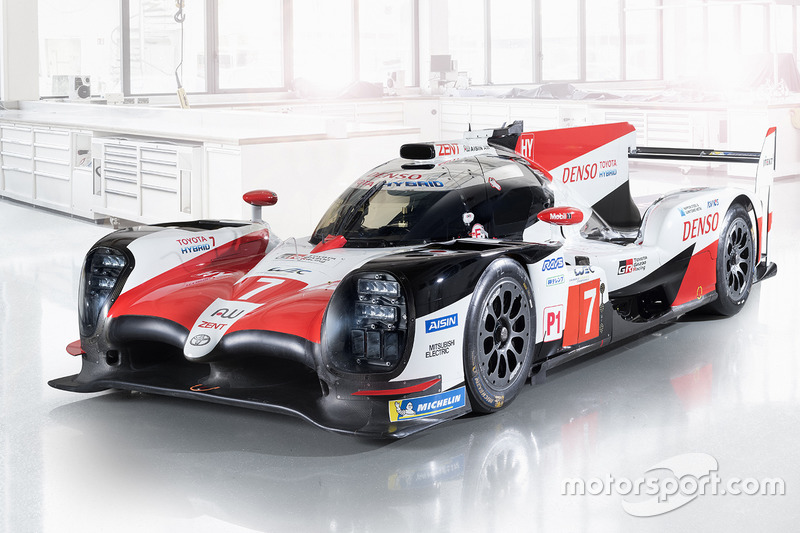 14/14
Following the departure of Audi and Porsche, Toyota has been left out as the sole manufacturer in WEC's LMP1 class.