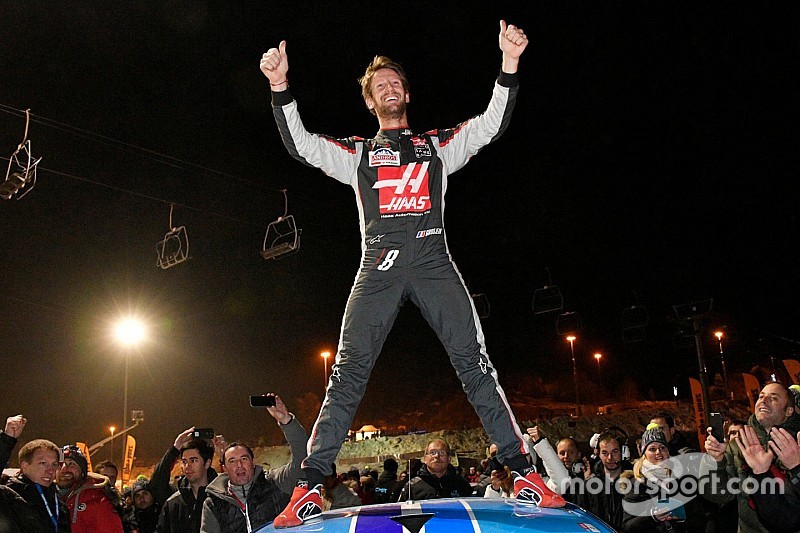 Romain Grosjean won on his return to the French-based Trophee Andros series at Alpe d'Huez, his victory followed by a violent row involving podium contenders Olivier Panis and Adrien Tambay.

Panis had actually won the first round of the weekend from Jean-Baptiste Dubourg and Benjamin Riviere, while Grosjean retired following a collision.

The second round, however, was a Grosjean grand slam, as the Haas F1 driver set the fastest time in qualifying, topped Superpole and easily won the Super Final from championship leader Jean-Philippe Dayraut.

Behind them, Panis and Tambay were fighting for third when they had a spectacular last-lap, last-corner collision.

Tambay was tapped wide by Panis on entry into the hairpin final turn and, on exit, the former appeared to push the latter into the track-limiting snow wall, the pair colliding just metres away from the finish line.

Subsequent footage from the L'Equipe TV channel showed Panis running up to Tambay, who was still wearing his helmet, just seconds after the incident.

The Monaco Grand Prix winner appeared to punch the former Audi DTM driver several times before the cameras cut away from the scene.

Both Panis and Tambay were subsequently excluded from the race classification.

Dayraut leads the championship from Dubourg and Panis in the Elite Pro class, while LMP2 racer Nathanael Berthon sits on top of the Elite standings.