How young engineering students are accelerating their careers 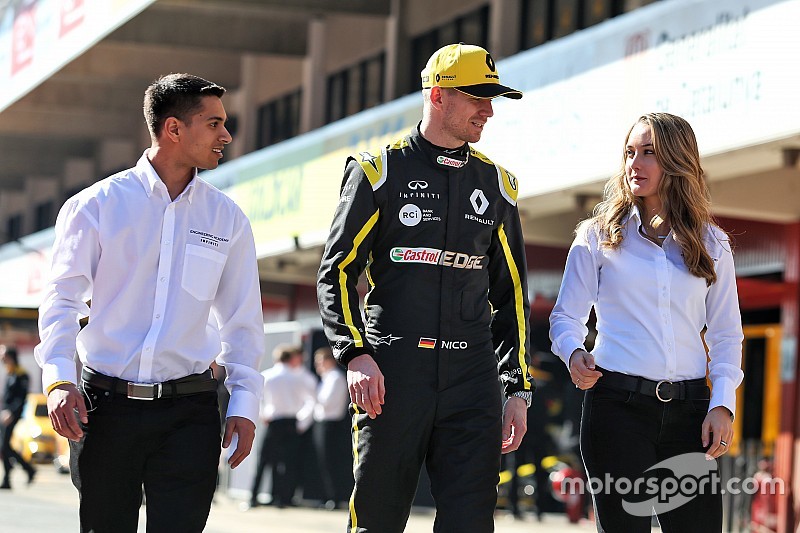 Promoted: The INFINITI Engineering Academy is on the look-out for engineering students to take part in its latest F1 programme.

In his bid to be a leading Formula 1™ engineer, a 23-year-old Canadian student put the brakes on his racing career and signed up for the 2018 INFINITI Engineering Academy. He is now four months into a once-in-a-lifetime work placement at Renault F1® Team.

This is the culmination of a long held passion for motorsports. After he started karting at the age of ten, Pelletier transitioned to open- wheel racing six years later. In his second attempt he won the Canadian Formula 1600 Super Series Championship. But in his desire to become an automotive/motorsport engineer, he obtained a degree in Automotive Engineering at the University of Ontario Institute of Technology. He then decided to enter the INFINITI Engineering Academy that changed his life.

“It was incredible to be selected as the Canadian winner of the competition and it has given me the chance to achieve my ambition to be an engineer,” said Pelletier. “The work I have been doing at Renault F1® Team has been an incredible amazing experience and I would recommend all engineering students to follow suit and enter the 2019 edition of the INFINITI Engineering Academy. For me, it’s a life-changing experience that keeps evolving.”

The Canadian joins six other students who won their regional finals across 2018. From China, Asia & Oceania, Mexico, USA, Europe and the Middle East, the winners began their year long work placements in January, spending six months at Renault F1® Team and another six at INFINITI. While working at each facility in the UK, the seven winners are currently undergoing an integrated training and mentoring programme with world-leading engineers.

Like Pelletier, another student who began their passion for motorsports behind the wheel was Sabré Cook, who scooped the USA edition of the INFINITI Engineering Academy. Born in Colorado, the 24-year-old has always possessed a love for maths and science and graduated from the Colorado School of Mines with a Bachelor’s Degree in Mechanical Engineering.

Cook is also a successful racing driver with career highlights including the 2014 Maxspeed & Mazda Road to Indy Scholarship Winner, 2015 Challenge of the Americas DD2 International Champion and was recently selected as a driver in the new W Series.

For the first half of 2019, Cook has been working in the Vehicle Test department at INFINITI and will move to the Composites Design team at Renault F1® Team from July to December.

One of Cook’s fellow INFINITI Engineering Academy colleagues is New Zealander James Gourlie, who is working in the aerodynamics department at the INFINITI Technical Centre in Cranfield. With a Bachelor of Engineering in Mechatronics from the University of Canterbury and in Automotive from RMIT University in Melbourne, Gourlie has been relishing his time with INFINITI. He has enjoyed travelling to the S2A wind tunnel in Paris in order to carry out benchmark testing and vehicle validation on a future production car.

Back at the INFINITI Technical Centre his responsibilities range from surface modelling and meshing to Computational Fluid Dynamics (CFD) analysis, component design and MATLAB coding.

The alliance between the engineering work undertaken at INFINITI proves the how technology transfer between Formula 1 and the automotive industry has never been closer. The six-month placement between each factory allows the class of 2018 to experience all aspects of engineering, that will provide an invaluable foundation for their future engineering careers.

To follow in the footsteps of Chase Pelletier, Sabré Cook, James Gourlie and the other four winners of the 2018 INFINITI Engineering Academy, apply now for the 2019 edition of the global talent search.

To secure this unique work placement across automotive and Formula 1 engineering, then you must be fluent in English and studying an engineering or science degree (or have graduated in the last 12 months) and be a permanent resident in one of the eligible regions.