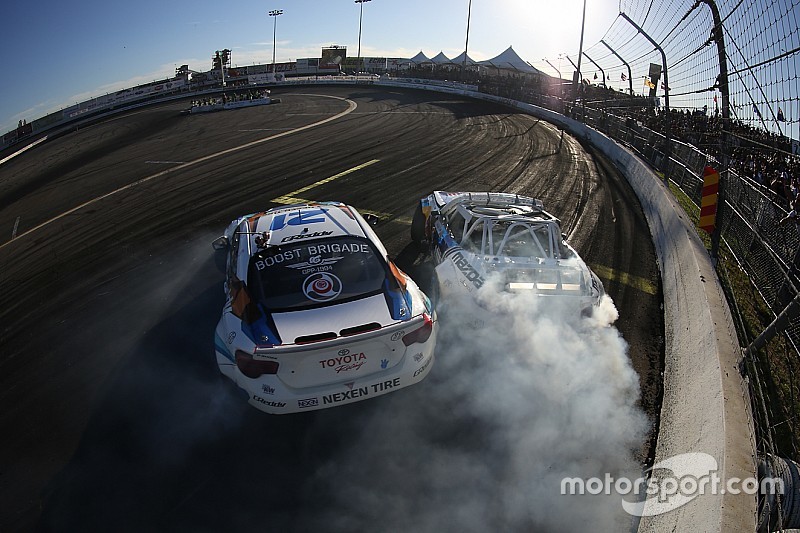 Like the mythical phoenix, Irwindale Speedway keeps rising from the dead.

The Southern Californian venue, which includes a 1/3-mile oval, 1/2-mile oval and 1/8-mile dragstrip on the grounds, was scheduled to close its doors on January 31, 2018, but those plans are no longer in play and it should have at least two more seasons of operation.

A new lease was signed on December 28 between the property owners and a new management group that includes Agoura Hills racer Tim Huddleston and his Justice Brothers distributorship, using the name Group of Motorsports Enthusiasts.

The track had been scheduled for demolition and was to be turned into an outlet mall. With the current retail atmosphere, that proposal is taking a pause.

Team 211 Entertainment, the operators of the 63-acre motorsports and entertainment facility were told in July of 2017 that their lease wouldn’t be renewed and that all activities would cease. Three months after that announcement, the owners plans for the property changed and the group was offered a new one-year contract extension.

It was at that time that 211’s president and CEO Jim Cohan realized he needed to act quickly even though 211 had other new business plans in place for the coming year.

“Being presented with the right of first refusal, we quickly reached out to Huddleston’s group, helping to negotiate a deal that would assure both a smooth transition and continued operations of the track. It was just the right thing to do,” Cohan explained.

Team 211 Entertainment rescued this track when its initial operators closed the facility following a Chapter 7 bankruptcy filing in February of 2012; Irwindale opened in 1999.

The venue has been used for NASCAR-sanctioned stock car races, Thursday night drag racing as well as NHRA-sanctioned events. Irwindale Event Center has operated the L.A. Racing Experience and the track is busy providing a venue for automobile commercials.

Mostly Irwindale Speedway has been known as the 'House of Drift', having been the first US entity to hold a points-paying drift competition. Formula Drift has held its season finale at Irwindale since its inception, drawing sellout crowds every year. The track also hosted X Games RallyCross several years ago.

Team 211’s tenure at Irwindale will close with a “Night of Destruction” on January 31, the original closing date. Cohan said the planned event will go on with “the biggest fireworks show in Irwindale Speedway history.”

Further details for Group of Motorsports Enthusiasts’ plans for the circuit will be announced when available.

Motorsport.com's most read stories of 2017

Opinion: Autosport International showed how the sport is changing