Just like so many times before, many are turned away for sins of the past, not meeting expectations in junior formulae. But even the lucky few who are granted access to the forbidden land called Formula 1 paddock can find that the glitz and glamour ...

Just like so many times before, many are turned away for sins of the past, not meeting expectations in junior formulae. But even the lucky few who are granted access to the forbidden land called Formula 1 paddock can find that the glitz and glamour fading to black faster than a New York minute. 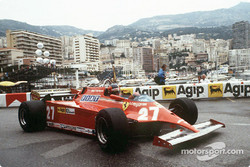 The boulevard of broken dreams is a very long and winding road in fickle world of Formula 1 racing. When it came to achieving the ultimate glory of becoming world champion, the A-list of drivers who failed to take the title is an eye-opener.

Rubens Barrichello drove in more Grand Prix races than any other driver in history, he promises to "tell all" one day about his time at Scuderia Ferrari in a book. But the history books will never record him like his fellow Brazilians, Emerson Fittipaldi, Nelson Piquet and Ayrton Senna, all champions of the world and legends of their time.

Like location in real estate, timing is everything in Formula 1.

While Michael Schumacher stomped away to yet another victory, the opening round of the season also saw the debut of three other drivers. Little did the Red Baron know at the time that one of them would shoot him down four seasons later to end his reign, and a second would clip his wings and force him to end his career at Ferrari.

Jenson Button, the Jean Alesi of England, could have been a contender but had to make room at Williams for the third man who engineered his own entry and exit from Formula One.

Speaking of entry brings to mind the next contenders and future debutants. Will they be the next Schumacher and Alonso of the sport, or will they spend a decade at the top tier on an ever-downward spiral or be Speed-ed out of Formula One after a season or two?

Willing to step up to the chopping block are these talented young drivers. All have a bright future and would like to write their own stories with happy and successful endings. Here is a review on their racing career so far: 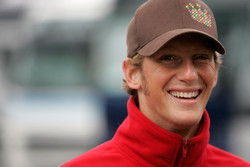 Romain Grosjean: Call him the next Big Swiss Cheese or the Fast Frenchy, Romain rules when it comes to raw racing talent and would be voted most likely to succeed in the racing yearbook. Having Flavio Briatore as your manager is an added bonus, as long as you are performing well enough for him to bark "Bravo, Bravo" every time you cross the finish line.

In the main series, his aggressive driving style turned many heads, unfortunately, sometimes they belonged to the race stewards who ended up penalizing him, like in Barcelona where he blocked Kamui Kobayashi and lost a certain podium finish. Too many other rookie mistakes prevented him from capitalizing on the miserable season Nelsinho Piquet was having at Renault, where Romain is the test driver.

A second season in GP2 in 2009 will be a make or break year for Grosjean where Battle Royale is expected between him and Nico Hulkenberg. 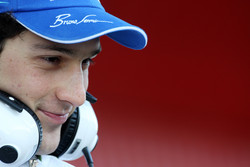 Bruno Senna: A magical name will return to Formula 1 when Bruno graduates to the Grand Prix grid. A race winner in GP2 in his first season in 2007, this year Bruno scored an emotional win in the streets of Monte-Carlo, where his late uncle won more Grand Prix races than any other driver. Well respected both as a person and driver in the racing community, Bruno brings race winning talent and marketing man's ultimate dream surname.

There was talk of a seat at Toro Rosso thanks to the family connection with Gerhard Berger, but the ex-teammate to Ayrton Senna is no longer involved with the team and that opportunity has evaporated. So has the possibility of a seat with Ross Brawn led Honda F1 team after the Japanese giant abruptly pulled the plug last month. Ironically, Ayrton's all three championships were powered by Honda. 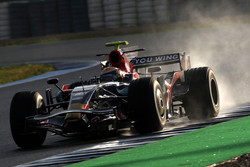 Buemi may have been eclipsed in GP2 this year by Romain Grosjean, but has been very impressive in pre-season testing and is confident of landing a ride at Toro Rosso, the Faenza based team formerly known as Minardi.

Twenty-year-old Buemi is an ex-European karting champion and finished second in the 2005 Formula BMW Germany (behind Hulkenberg) and was runner-up in the 2007 Formula 3 Euro series (behind Grosjean). Buemi's cousin is Natacha Gachnang who recently signed up for the new Formula 2 series. 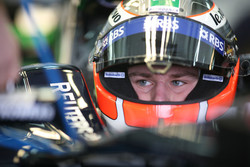 Nico Hulkenberg: "The Hulk" from Emmerich in Germany matches Grosjean for racing talent, speed and driver management. The newly-crowned Formula 3 Euro series champion is in good and shark hands of none other than Willi Webber.

Already testing Formula 1 waters as test driver for Williams, Nico blitzed the competition in his first season of single-seater racing, the 2005 Formula BMW Germany championship. He was also un-touchable in A1GP for Team Germany.

The coming season will see Hulkenberg in GP2 with French ART team, where Nicholas Todt is one of the owners. Their previous graduate to Formula 1? Lewis Hamilton.

History may yet repeat itself with Hulkenberg.