The British Lola marque is being relaunched under new ownership and could be back on the grid inside two years.

The iconic Lola name, together with the Lola Technical Centre windtunnel, has been brought by US-based Briton Till Bechtolsheimer with the aim of re-establishing the brand as a major player in the motorsport industry.

Bechtolsheimer, who races in the GT Daytona class of the IMSA WeatherTech SportsCar Championship, is reviving Lola 10 years after the previous iteration of the company, Lola Cars International, went into administration in 2012.

Lola had a continuous history from 1958 until 2012 during which time it built cars for just about every formula of motor racing, winning the Indy 500 three times and taking a total of 181 CART/Champ Car victories.

Forty-year-old Bechtolsheimer, who runs an investment company in New York focussed on renewable energy, outlined a hope for the first new car developed by the revived organisation to be on track in 2024.

“With one of the key projects we are focussed on right now, the target would be to have a car on track from 2024,” Bechtolsheimer told Motorsport.com.

“I think 2025 might be a little bit more realistic, but there are certain opportunities that could see a Lola back on track even earlier.”

Bechtolsheimer said he is not ready to be more specific on the nature of the projects Lola is working on, but admitted that “conversations in both sportscar and single-seater paddocks are on-going”.

He explained that under his stewardship Lola would follow the path set by marque founder Eric Broadley and Martin Birrane, who rescued the company in 1997, by building cars under its own name and working with major manufacturers.

“I want to bring Lola back as a capable force providing engineering solutions to customers, whether that is a customer buying a compete package that they go and run at a race track, providing a finished product to an OEM or a small piece of the puzzle to a third party,” he explained.

“All that is in keeping with what Lola has always done and should continue to do.” 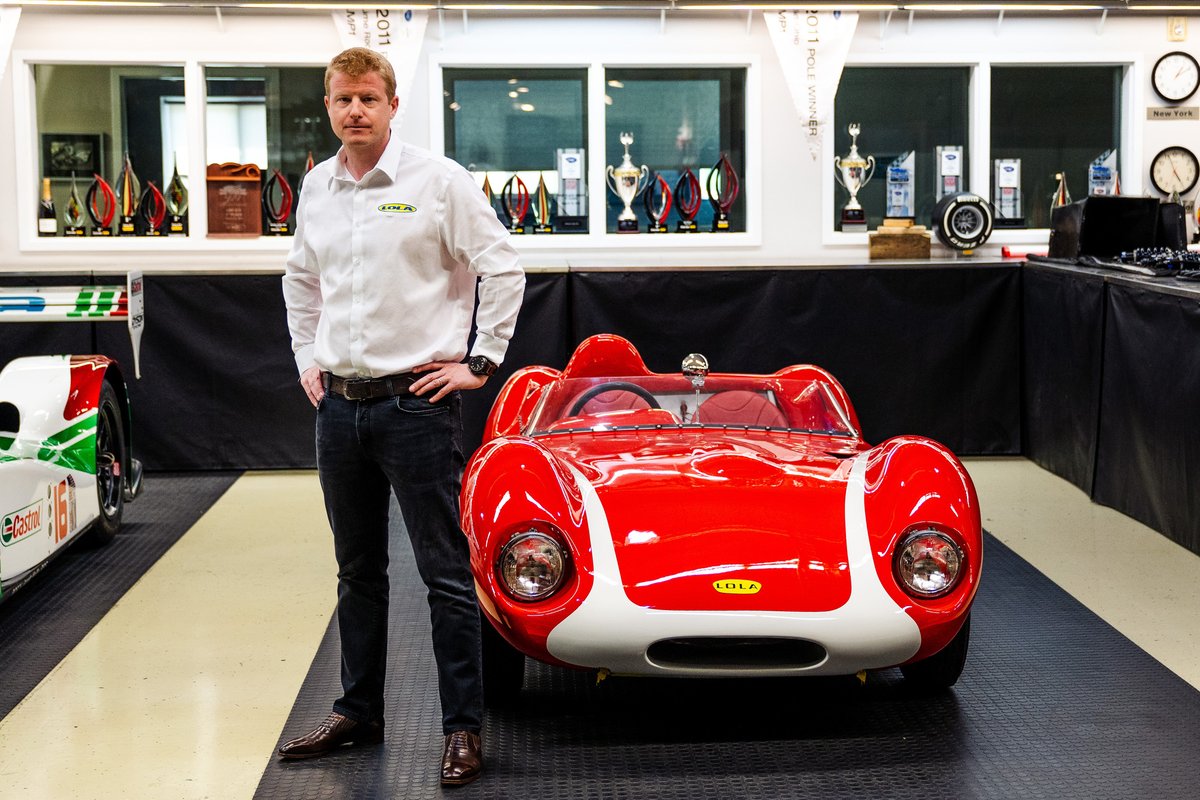 Bechtolsheimer admitted to a keen interest in taking Lola back to the Le Mans 24 Hours, in which it participated as a supplier of off-the-shelf machinery such as arguably its most famous car, the T70 in both spyder and coupe form, as well as developing cars for manufacturers such as Ford and Nissan.

He conceded that there will be limited opportunities for Lola to have an involvement in a Le Mans Hypercar or LMDh project, but expressed a hope that the organisation could make a bid for one of the licences to build LMP2 prototypes after the next rules cycle covering 2025 to 2029.

“I don’t think it is a bad thing for Lola to get involved with a more narrow scope in one of these larger-scale projects and to focus on some of the lower-tier areas of sportscar racing to build up our capabilities so that when chassis tenders reopen five years from now we will be in a place to make a credible bid,” he explained.

Bechtolsheimer has purchased the Lola brand and intellectual property rights to more than 400 designs, in addition to the Lola Technical Centre incorporating the windtunnel and a seven-post rig, from the family of Birrane, who died aged 82 in 2018.

The new organisation will trade as Lola Cars Ltd, the original name of the company before it hit financial problems in the wake of its short-lived 1997 Formula 1 entry.

The rights to the Lola name and the IP of the designs were retained by the Birrane family when the company went into administration in May 2012.

Amanda Birrane, Chairman of Peer Group, the Birrane family property company, said: “My family is very pleased that the Lola brand is in the ownership of a businessman and racer who will write the next chapter for this long- established British motor racing icon.

“My father would be delighted to see Lola back in competitive motorsport and especially back at Le Mans.”

Michael Wilson has been recruited to head-up Lola Cars: he joins from Advanced Engine Research (AER) and previously worked for Mercedes in the DTM and at its Formula 1 engine facility in the UK.

Bechtolsheimer explained that one his first tasks will be to upgrade the windtunnel at the technology centre, which has continued to trade since 2012.