Moretti: Tribute to a gentleman racer and founder of MOMO

Gianpiero Moretti was a gentleman both on and off the track. The world of motor sports lost a great friend on Saturday, January 14, 2012. The winner of the 12 Hours of Sebring and the 24 Hours of Daytona was the founder of MOMO (Moretti-Monza). The Italian was born on November 15, 1944.

Moretti was more than a winning driver; he was also outgoing and had a smile that could melt even the strictest race official. No matter what track he was at, one could easily find him in the paddock due to the scent of an Italian pasta dish on the stove. Of course the Ferrari red and yellow MOMO cars would catch one’s notice.

His enjoyment of racing and his business acumen can be noted by his ability to work with top manufacturers worldwide, including Peugeot, Ferrari and Porsche. The Italian had two passions in his life, outside of his family and close friends, having his own business and racing cars. He did both equally. He was bitten by the racing bug in 1961 when while he was a student at the University of Pavia. The two passions ended up in the same arena. MOMO was started due to his love of motor sports. The idea of his business started with a steering wheel for his own racing car that was made for him by a friend. It was smaller than others being used at the time and had a special handgrip that was very large which some may have founded odd but history was made with that steering wheel. When Briton Formula One racer, John Surtees, used it for the first time on his Ferrari, he liked it and ended up in 1964 taking the World Championship.

But I want to win this race!

The first order for MOMO came from Ferrari and not just for their Formula One cars but all of their racing machines. Moretti was able to take his Verona-based company to the international market. He reportedly sold the company in 1996. Thanks to their founder, MOMO’s reputation of safety products is still one of the best in the world. They were the official steering wheel for the Champ Car series from 2004 to 2007 and they are still the choice of Ferrari.

Moretti was not just a race car driver, he also was a team manager; his success, especially in the United States will remain in the memories of many who follow sportscar endurance racing series.

His passion as a racer was just as important as his business. His reputation for never giving up was seen when he competed in IMSA Camel GTP circuit. Moretti did not just race the Ferrari cars from the Italian manufacturer; he also raced the Porsche 935s and 962s plus the Nissan GTPs.

There are two races that everyone will always remember. The 1998 amazing victory in the Daytona 24 race when Moretti and his co-drivers Arie Luyendyk, Didier Theys and Mauro Baldi were 18 laps down; but they did not give up the fight. In the final three hours, they made the comeback to take the lead. It was an emotional moment when Moretti got back into his MOMO Ferrari 333-SP in the final laps so he would be the one who would take the checkered flag. It was his 15th attempt and his desire to win the race was noted on the Friday evening before the start of the race on Saturday. Moretti said, "With all the money I have spent at Daytona, I could have bought 1,000 Rolexes easily. But I want to win this race!”

In the same year and less than two months after his victory at Daytona, Moretti, Theys and Baldi were at Sebring for the 46th running of the 12 hour race. The trio scored the victory after giving the fans a moment of “oh no” when a spin late in the race while exiting Turn 11 nearly cost them the win! He was was 58 years of age, which made him the oldest driver to take the victory at Sebring. 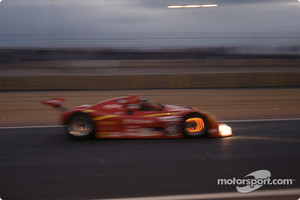 The Italian also had a blast living the dream of all sportscar car racers. He competed in the 24 Hours of Le Mans four times. His best finish was sixth in 1997 with Max Papis and Theys at the June classic in France.

Prior to his two major endurance victories, the Italian and Kevin Doran developed a close friendship and in 1995, Moretti, Theys, Bob Wollek and Papis lost the race 24 hour race in Daytona by 65 seconds in their Doran-prepared MOMO Ferrari. "Gianpiero Moretti helped launch Doran Enterprises to a professional-level sports-car team," Doran said. "Getting together with him and MOMO brought our team back to pro racing after Al Holbert's death."

Moretti was a key factor in the return of the Six Hours of Watkins Glen. The historic circuit had dropped the race but with the promise that he would return to contest the race, the event was reborn. The Italian kept his word in 1996 and with his co-driver Papis, the two Italians notched the win by just four seconds.

Moretti died at his home in Milan, Italy, after a long illness. His legacy, his friendship, his smile, his jokes and his being a gentleman on and off the track will live on forever.

Our condolences to his family and friends and to the employees and staff at MOMO. Rest in Peace Gianpiero Moretti. 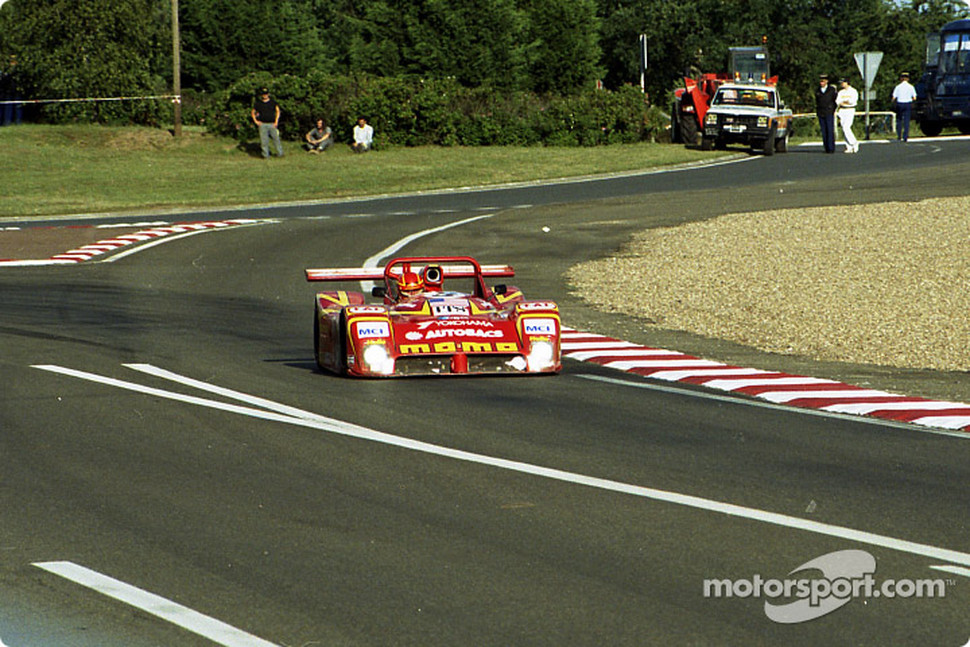