Nurburgring owners to get rid of Nordschleife speed limit 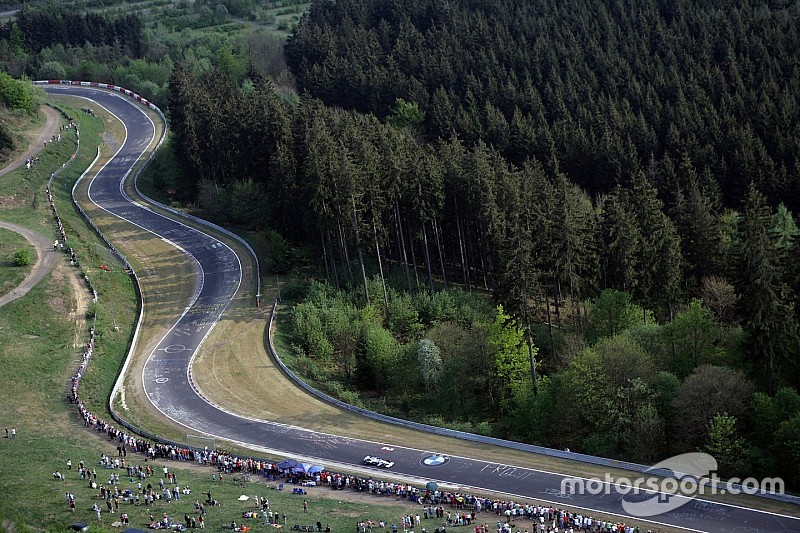 Nurburgring owners have announced safety improvements at several parts of the Nordschleife in order to get rid of the new-for-2015 speed limits.

The speed limits were introduced after a high-speed accident during a VLN race on March 28, 2015, when a Nissan GT3 car back-flipped and flew over the catch fence and into the spectators' area, killing one bystander.

Nurburgring owners Capricorn will now have to carry out work at seven parts of the circuit till the beginning of the 2016 season.

"If the weather remains favourable we can be done by March," Capricorn CEO Carsten Schumacher said.

Improvements to the track will mainly consist of additional FIA catch fences at the Dottinger Hohe, Schwedenkreuz and Hocheichen sections, for example.

The Quiddelbacher Hohe and the Flugplatz passage, however, will be resurfaced to level the track.

"Pending the FIA's and DMSB final inspection of the track, we will be able to renew our track license for three more years after all changes have been made," Schumacher added.

"Plus we will get rid of the speed limit in time for the 2016 season.

"However, the unique characteristics of the Nordschleife will remain."

Palmer and Wehrlein return to Race of Champions

Opinion: Autosport International showed how the sport is changing