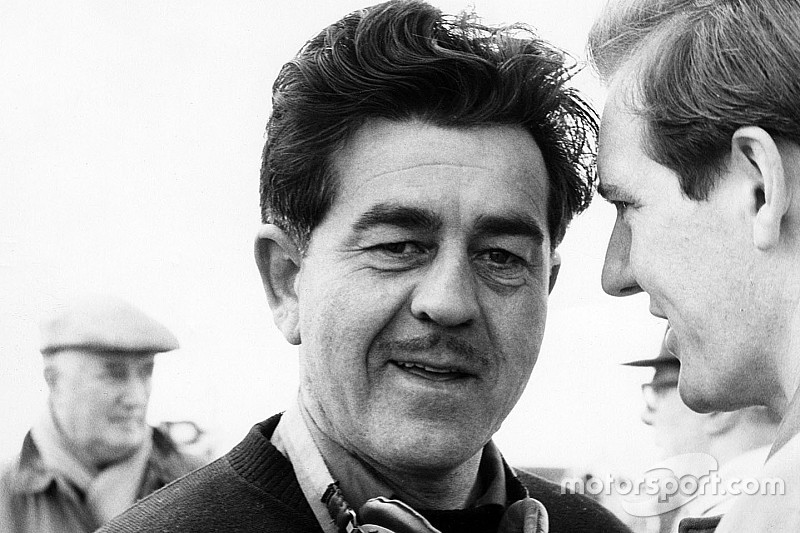 After serving in the RAF and then creating a garage business with his brother Peter, Russell came to motor racing after visiting a meeting at his local track, Snetterton.

At the age of 32, he decided that he wanted to take part, and so bought a Cooper MkVI with a JAP engine for the 1952 season. His competitiveness improved when he fitted a Manx Norton engine into the chassis and wins started to come by August 1953.

But his driving career was halted by a serious crash at Le Mans in 1959. During the night, Brian Naylor had rolled his Aston Martin at Maison Blanche. Although Naylor escaped, Russell's Cooper Monaco struck the abandoned car and he was left with broken legs and ribs, plus minor burns.

He did return to the cockpit briefly in 1961, but then decided to hang up his gloves.

In 1966, Russell was one of the leading players behind the action sequences of the John Frankenheimer's film Grand Prix. He was responsible for dressing up Formula Junior cars as F1 machines and had a hand in teaching the leading stars including James Garner to handle racing cars.

Russell created the Jim Russell Racing School at Snetterton in 1956 and it was a huge success, playing a role in the formative years of drivers such as Emerson Fittipaldi, Derek Bell and Tiff Needell.

The school has expanded and has several franchises throughout the USA and Canada, and it also had ventures at Silverstone and Donington Park.

Van Diemen founder, and Russell's brother-in-law, Ralph Firman initially worked for the school as a mechanic, and it later became a regular customer of the Van Diemen products with its factory based at Snetterton's gates.

"Jim was a brilliant boss to have, and he was full of life and laughs," Firman told Motorsport.com. "He like to have fun. He was just superb at spotting talented drivers, and he must have launched 1000 racing careers over his time.

"He was an innovator too: he was the first one to run his own racing series. That was a fantastic idea, because you could have 20 or so cars and run at least 100 drivers in a bunch of races throughout the week. It was a brilliant idea.

"He was very good to me as a boss, and then when I started my Van Diemen firm. But the way he dealt with me made me feel like he was never doing me a favour, he was just doing a straight business deal. That was a great way to handle it.

"He bought a bunch of cars from me in 1973 and then again in '77, and that really helped me put the business on a firm footing."

To help promote the careers of some of his school's leading pupils, Jim Russell formed an F3 and F2 team. It had an involvement in junior single seater racing through to the end of the 1990s in Formula Vauxhall Junior.