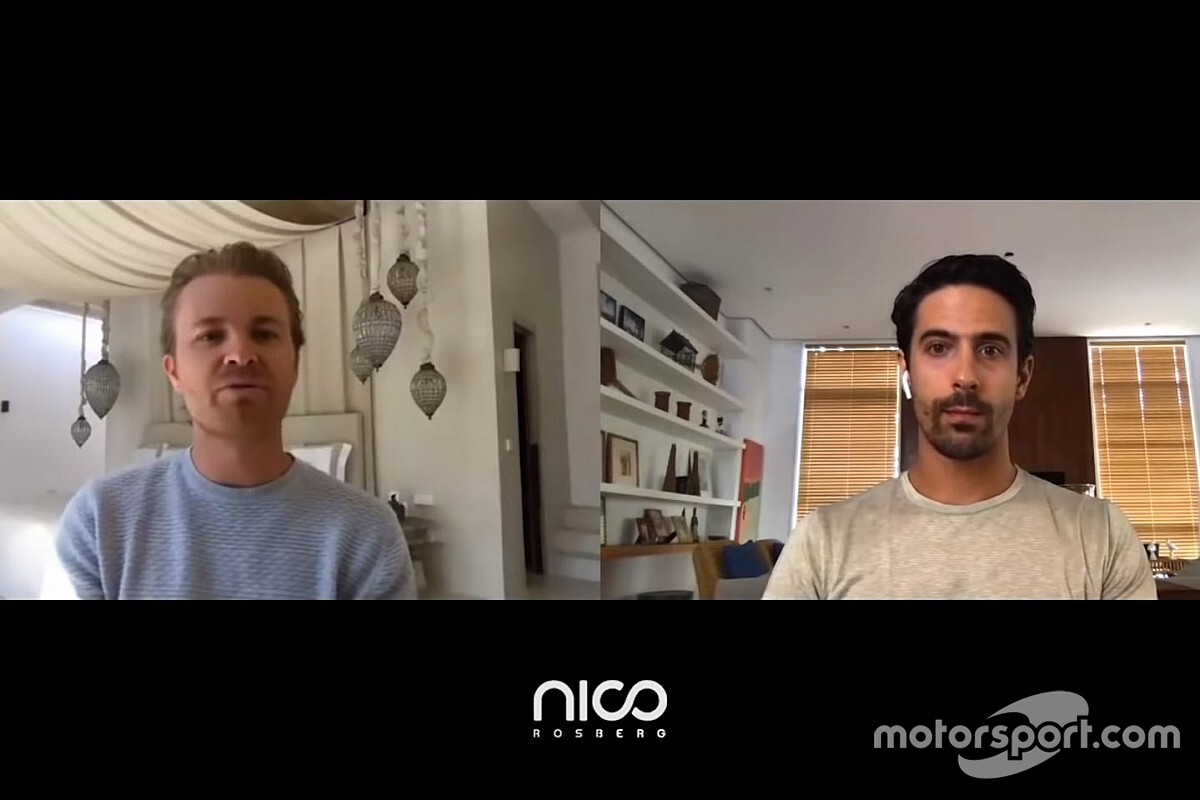 COVID-19 has kept many people around the world locked in their homes, amongst them two motorsport world champions: Nico Rosberg, 2016 Formula One World Champion and Lucas di Grassi, Formula E Champion of 2017.

The duo have now touched base via a Zoom conference to discuss the current status quo and how they are hoping to add to the global relief efforts.

Brazilian national Lucas di Grassi is the first in a series of virtual conversations under the hashtag #leaders4good, which the former F1 driver and sustainability entrepreneur Rosberg has released on his YouTube channel. The series highlights the importance of leadership, responsibility and social commitment in times of crisis and is one of multiple initiatives that the German has launched in the weeks since the outbreak of the pandemic.

While Rosberg has been in lockdown in his family home in Spain, di Grassi currently resides in his home country Brazil whilst the FIA Formula E season is at a standstill, like all major sports. In their conversation, the two motorsport Champions discuss current issues such as their experiences with lockdown, the situation in their respective countries and ways to support those in need. Di Grassi also gives a view on the crisis in his home country Brazil as he outlines the challenges of the local health system in dealing with the outbreak effectively.

"We are facing two disasters: firstly, the Brazilian slums are tightly packed and often don't have running water, so people there cannot wash their hands. The average family in the slums cannot stay in lockdown for more than four days because they don't have the financial reserves to stay at home. If the virus arrives in these communities, then we can expect a massive spread. The second threat is recession. Brazil is a developing country. The revenues have gone down by as much as 80 percent and our social system is very fragile", says Lucas di Grassi.

The Formula E driver, who - like Rosberg - has been committed to social and sustainable causes throughout his motorsport career, has recently raised 150.000 Brazilian Reals (equals 150 average salaries in Brazil or 23.000 GBP) in a crowdfunding campaign to help fight the coronavirus. The funds were used to produce 3D face shields for hospital workers and health professionals working in exposed conditions.

Di Grassi further provided disinfectant and face masks to nursing homes in Sao Paolo and invested in the development of ultraviolet light technology used for the sterilisation of medical care items and public transport units.

"The most important lesson in the crisis is to pivot our economies towards more sustainable business models, not just in the short term, but also in the long term", says Nico Rosberg who is invested in numerous sustainable companies and start-ups. "Lucas' commitment is truly inspiring as it shows that we can have the biggest impact in developing countries".

Both Rosberg and di Grassi have been committed to sustainable developments in and outside of their sport. While Nico Rosberg founded the Greentech Festival, the first global platform for green technologies promoting a sustainable lifestyle, di Grassi started a conference highlighting the importance of a zero-carbon future, the Zero Summit.