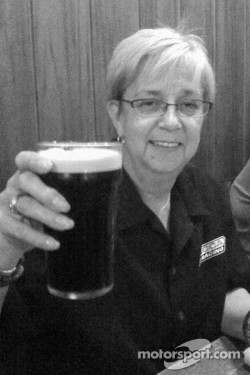 "All of SCCA has lost a great one with the passing of Con Peplowski," SCCA Pro Racing Interim President Tom Campbell said. "She was an expert in her field, and was a mentor to many of motorsports' top T&S workers. Most importantly, she was a very dear member of our travelling staff to events. She was a part of our family and she will be dearly missed."

"The motorsports world consists of many overlapping families from which the SCCA and Mazda are two of the largest," MAZDASPEED Team Manager John Doonan said. "Connie Peplowski was a beloved member of both families and we'll miss her on multiple levels, especially in the MX-5 Cup paddock. She was noted for skill and dedication in timing and scoring, but will be sorely missed for the wonderful person that she was. Many considered her their weekend racetrack mom, as she was always keeping an eye out for the safety and well being of all around her."

Outside of Timing and Scoring, Peplowski was an accomplished Performance/Stage and Road Rally competitor and worked professionally for Ford Motor Credit before retiring to work full-time as a motorsports consultant. She is survived by her sister, Denise Wolf and brother, Chris Peplowski, and their families.

Funeral arrangements will be announced once they are available.