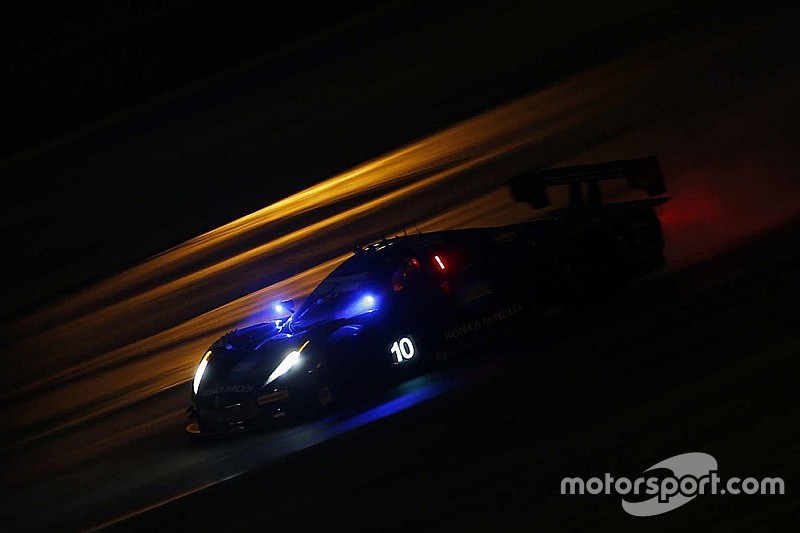 Welcome to this week's top 10 photos chosen by our own photo editors. We hope you enjoy it as much as we did selecting these photos. And remember that you can write your own comments when you click on an image and bring up the photo viewer page.

10. Excellent use of the colorful fabric to highlight the Peugeot 2008 DKR's Red Bull colors.

9. Peak pit stop action of the winning car at Dover.

8. Oh, Ken. Another rallycross, another crash. At least you're consistent.

7. This perfectly sums up the Petit Le Mans weekend for competitors and photographers alike. Horrid conditions for a race.

6. Those famous trailing lights down the esses at Road Atlanta.

5. Jimmie Johnson takes a moment to reflect during practice. Little did he know by the end of the weekend he'd be out of the Chase.

4. Incredible use of lighting equipment on rally stages. Check out the driver's face in the mirror.

2. Corsica is a beautiful place. And by extension, the photos from Rallye France held on the island are just as spectacular. A photographer is tempted to shoot almost everything wide, so as to get as much of the scenery in the photos as possible. Bonus points for helicopter presence.

1. You may have noted a slight theme in this week's selection. A lot of dark/light juxtapositions. This one was quite the artistic success we think.