Top 10: What the three Memorial Day weekend races taught me

The Monaco Grand Prix was another showing of how superior Mercedes is to the rest of the field at the moment. The Indianapolis 500 was as interesting as ever and we finally got to see an American back in victory lane. Lastly, the Coca Cola 600 ended the same way it started ... with Jimmie Johnson out front. 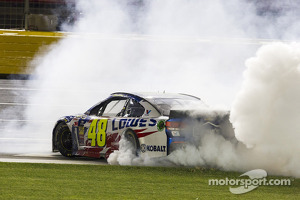 Many said it, I wouldn't believe it. The fact that Jimmie Johnson kicked off 2014 with no wins after 11 races was a moot point to me as some tried to state that this was the beginning of the end for Johnson's reign. I knew that sooner, rather than later, he would reach victory lane. He's been running strong, but just hasn't set the world on fire. Well, NASCAR visited the track nicknamed 'The house that Jimmie built' this past weekend (Charlotte Motor Speedway) and guess what happened?

Jimmie Johnson promptly shut up all of his detractors in the media by earning pole position and then securing the race win after leading 164 laps.

9.) We need to keep an eye on Sage Karam 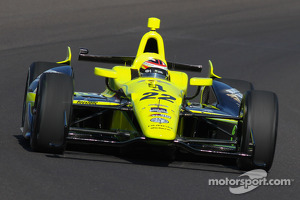 Sage Karam surprised a lot of people at Indy and there was a contingent out there arguing that he should earn ROTY honors over Kurt Busch. The 2013 Indy Lights champion started 31st and finished ninth, just 48 hours removed from a scary moment on Carb Day when some quick reflexes saved him from careening nose-first into the inside wall. An impressive Indy 500 debut could take Karam far, as it did Carlos Munoz after he placed second in last year's race. He now drives for Andretti Autosport, so don't be surprised if we see Sage join Ganassi or some other team on a full-time basis next year.

8.) The win and you're in mentality has spread like wild fire through the NASCAR garage 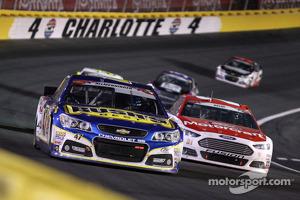 Prior to the 2014 season, NASCAR implemented the 'win and you're in' policy for those hoping to qualify for NASCAR's version of the playoffs. We've sen drivers act different on the race track because of it, and it became apparent in the Coca Cola 600 that the mentality of 'I have to win' has spread even to the calm, usually courteous champions Jeff Gordon, Matt Kenseth and Jimmie Johnson. Edwards and Keselowski played the fuel mileage game in hopes of stealing the win, but a loose wheel on the No. 2 and a late-race caution ruined those hopes.

It came down to a battle of the titans. Jeff Gordon took two tires, but was no match for those who took four. Matt Kenseth took over the lead and he was not about to bow to the pressure of Jimmie Johnson nipping at his rear bumper. The two raced hard and when the No. 48 finally got a nose under Kenseth's Toyota, we saw something a bit out of character. He ran Johnson all the way down to the dirty part of the track but Johnson still refused to back down. Fortunately, Matt gave him room at the last possible second as they entered turn three and if he hadn't done that, there would have been a wreck. 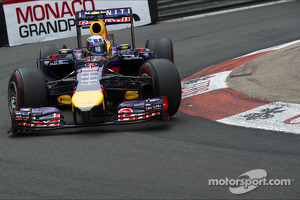 Since the 2014 season kicked off in Melbourne, Daniel Ricciardo has consistently run better than teammate and quadruple World Champion Sebastian Vettel. He's out-qualified him in five of the six races run this year and also placed higher than Seb in four straight races now. Some of it can be attributed to the mechanical gremlins that have plagued Vettel but still, Daniel's pace has been superior on most occasions. The championship is most likely out of reach, but if Red Bull want to win some races, Ricciardo may just be their best shot.

6.) When split screens go from being our salvation from commercials to an annoyance 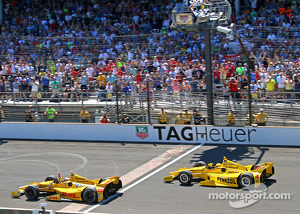 I am all for emotions and seeing family members react to what's going on during a race, but not while the event is still ongoing. ABC decided to show us a split screen in the final laps of the Indianapolis 500 with 50% of the screen taken up by nervous wives and girlfriends. Why? We can see that after the race! I'm not alone when I say that I'd much rather have my entire television screen devoted to what's actually going down on the track. It made no sense to me for them to do that. So that's my one rant in this top ten ... now back to the positives! 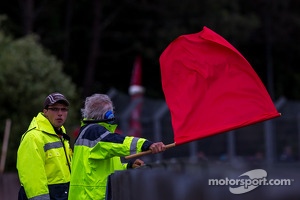 Warm-up ends under red flag, just like both free practices and qualifications

I've always loved the idea of Green-White-Checkerd (GWC) finishes, but just not in the Indianapolis 500. With every race since 2010 ending under yellow flag conditions however, I was beginning to lean in the other direction. In a fantastic on-the-spot call, IndyCar officials opted to red flag this past weekend's race to allow crews to clean up the debris from Townsend Bell's wreck and repair the wall. Instead of another exciting race ending in an anti-climatic manner, we got six laps of nail-bitting action between Helio Castroneves, Ryan Hunter-Reay, and Marco Andretti. Red flags are a great alternative to GWC's, and we'll actually get to keep the distance of the race intact. The traditionalist in me just believes that the Indy 500 has always been 500 miles, and it should always be 500 miles. 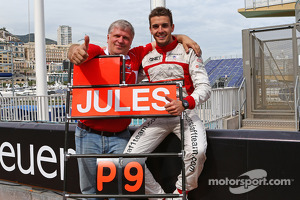 Marussia's Jules Bianchi shocked us all when he crossed the line eighth (pushed to ninth after penalty) in the Monaco Grand Prix. He had some help with all the attrition, but it was still a great run for Jules and the best showing ever for Marussia. Since their inception, the team has never scored a single championship point until now. Rosberg won the race that day, but Bianchi definitely stole the show. 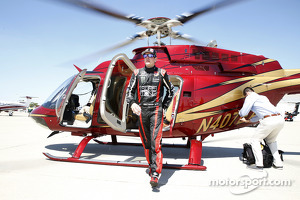 Kurt Busch has breathed new life into 'The Double.' The last time someone attempted it, Jimmie Johnson had yet to win a single NASCAR title and Champ Car still existed. With Kurt Busch successfully juggling the two events and actually running strong at Indy, he's instantly created some newfound interest in drivers wanted to do it. Kyle Larson has already said he'd like to run Indy and I'm sure he's not alone. A.J. Allemendinger is another driver I could see trying it out; or possibly Brad Keselowski. Only good things will come out of Kurt Busch's attempt to run all 1,100 miles in a single day and if not for an engine failure in the Coca Cola 600, he probably would have done it.

2.) The Indy 500 feels more like a NASCAR plate race now, and that's not a bad thing 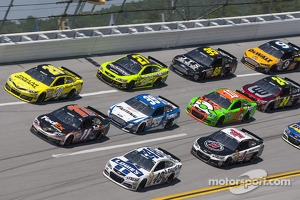 For any of you that aren't familiar with the four so-called 'plate races' NASCAR runs throughout the year, they go a little like this...Incredible racing to start the event, then everyone settles down for a good portion of the race, there aren't many cautions and they sometimes lineup in a single car train. When the final 25% of the race approaches, the action begins to ratchet back up, multiple crashes consequently ensue, and then the fans are guaranteed a wild finish (as long as a caution doesn't end it prematurely).

That's been the Indy 500 for the last three years basically. It's obviously not at the level of Talladega or Daytona however. There is only one groove to play with at Indy, compared to four or five at the aforementioned NASCAR venues. I personal love the new form of racing in the Indianapolis 500. The 2012 race ended with Takuma Sato crashing on the final lap as he and Dario Franchitti battled for the win. The 2013 edition was spoiled by a caution but was still incredibly thrilling up to that point. And with the racing community just four days removed from the most recent running of 'The Greatest Spectacle in Racing,' I don't think I have to remind you what went down.

1.) The Mercedes rivalry is certainly real ... and it's intensifying 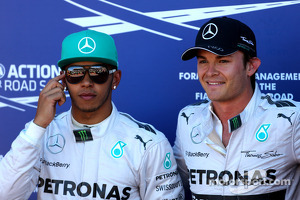 I am loving what I'm seeing in Formula One right now. No, not the fact the Mercedes has won all six races thus far and finished 1-2 in five of them. I'm loving that one teammate isn't exponentially superior to the other and there is no clear No. 1. That has all the ingredients for a knock-down, drag-out rivalry ... and that's exactly what we're getting.

Rosberg and Hamilton were throwing verbal jabs at one another through the media all week prior to the Monaco GP. Things really heated up after the qualifying scandal involving Nico Rosberg, with some claiming that he intentionally caused a local yellow in order to impede his teammate's lap. They were less than friendly with each other on the podium following both qualifying and the race, and I expect their relationship to deteriorate even more as the season rolls on. Is this the next Prost/Senna-like rivalry in Formula One? Not quite, but it will definitely be interesting to watch it all unfold!

The Great Race is about to receive a visit from Hollywood