A Toyota 86 Racing Series driver has walked away from a dramatic crash at Sandown. 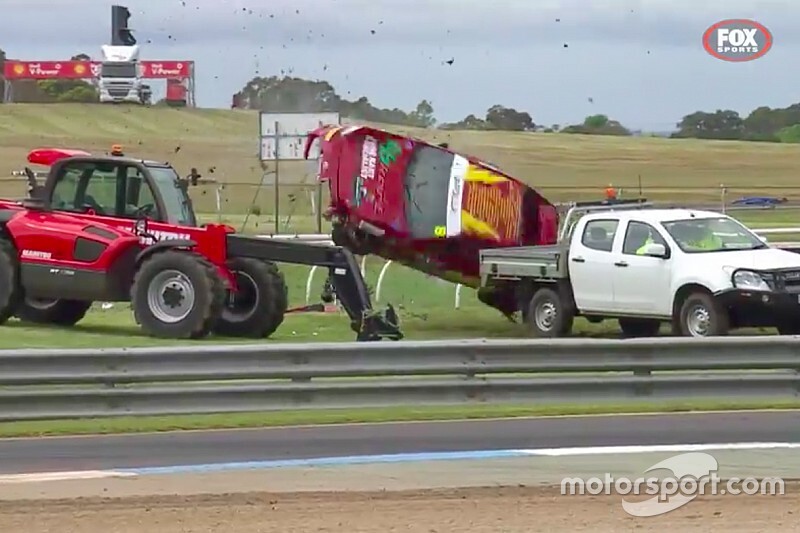 John Iafolla's car was sent into a roll after he hit the barriers between Turns 6 and 7, eventually coming to a rest on the back of a recovery vehicle.

Supercars medical delegate Dr Carl Le has confirmed that Iafolla wasn't injured in the crash, however he's been sent to hospital for precautionary checks.

It's the second major Toyota 86 crash in as many rounds, Peter Vodanovich having walked away from a huge rollover at Bathurst last month.

Repairs to the barrier have delayed today's schedule, Supercars confirming that the start of the Sandown 500 will now be 1:35pm local time.