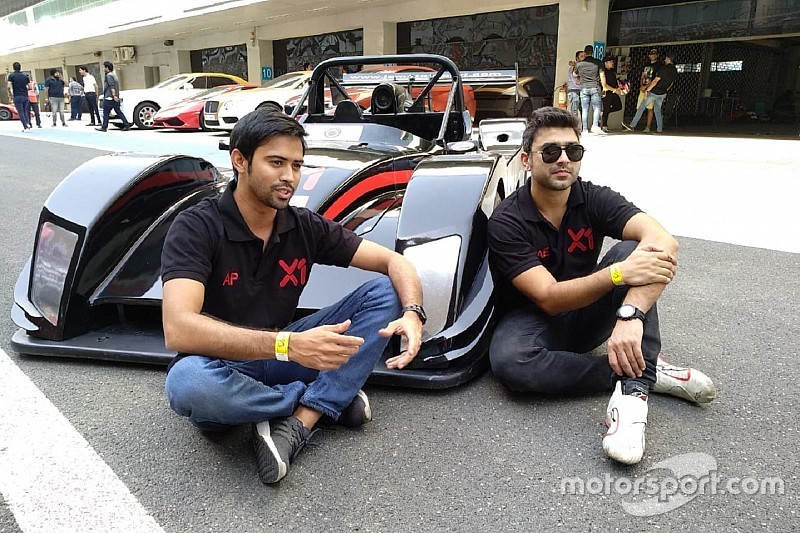 Armaan Ebrahim and Aditya Patel took covers off a prototype version of the X1 Racing League car at the Buddh International Circuit on Friday, marking the official launch of the city-based franchise league.

Several of series’ investors also appeared on stage, while Bollywood actor and producer Arbaz Khan also made a visit to the former Formula 1 venue.

For the first time, X1 Racing League officially showcased the car that will form the basis of the championship, although the series is yet to decide on its final specification.

The machine in question is a two-seater sportscar that appears similar to previous generation LMP2 cars that raced at Le Mans 24 Hours. The car has been indigenously designed by JA Motorsport, the company that also operates the MRF 1600 cars, with inputs from Ebrahim and Patel.

The X1 Racing League will run on the same model as the vastly-successful Indian Premier League, with the calendar likewise congested over a period of one month.

Four rounds will be held on consecutive weekends between November and December, with races - 32 in total - split across street circuits and purpose-built race tracks.

Buddh International Circuit and Madras Motor Race Track will host three rounds between them, with one round taking place in a major city centre. Details about the street race are limited at present, but organisers have spoken to local governments of several cities in the past year.

The series plans to have up to eight city-based franchises, although the minimum limit has been kept at five. Patel and Ebrahim confirmed to Motorsport.com that four franchises have already been sold and the two are in conversations with parties for the remaining four vacancies as well.

The cost of acquiring franchises has been fixed at an all-inclusive rate of Rs 5.5 crore. Interestingly, unlike the IPL, the X1 Racing League will not allow bidding for drivers to keep the costs down. Instead, the drivers will be drafted from a common pool, which already consists of certain big names - with more to be added later.

Neel Jani, a former Le Mans winner and a Swiss driver of Indian origin, is one such leading driver who has been shortlisted, although his participation in the series will depend on his prior commitments with Porsche in Formula E.

Two drivers will share one car, meaning there could be up to 16 cars on the grid.