Your complete guide to the Race of Champions 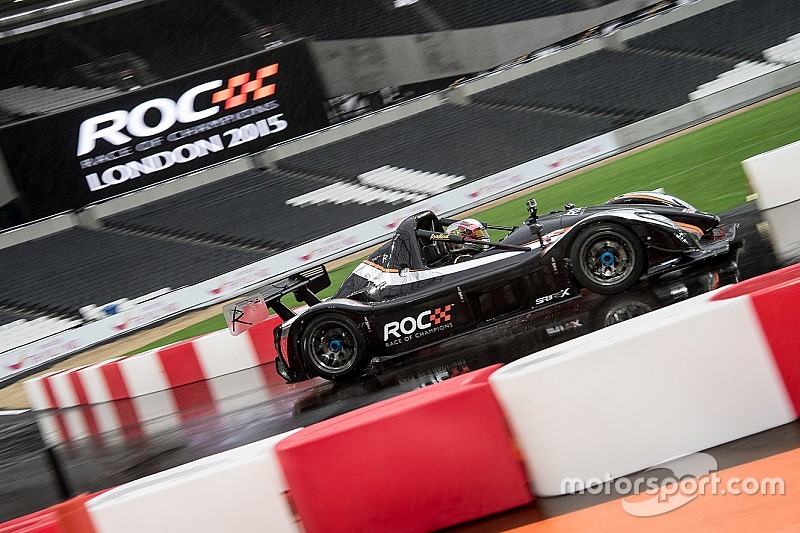 Whether you're heading to the London Olympic Stadium or are simply planning to catch the action from the comfort of your armchair, here's all you need to know about this weekend's Race of Champions.

The Race of Champions has assembled its strongest driver line-up in some years, combining a host of familiar faces with some interesting fresh talent.

The highest profile rookies are Formula 1 stars Nico Hulkenberg and Daniel Ricciardo, who will be representing Germany and Australia respectively, while Blancpain Endurance Series champion Alex Buncombe will also be making his RoC bow on home turf.

Elsewhere, six-time Nations' Cup winner Sebastian Vettel returns after missing last year's Barbados event, while the Nordic pairing of Tom Kristensen and Petter Solberg will be out to defend the title they won at Bushy Park.

The only former Champion of Champions in the field are Grosjean, the 2012 victor, and last year's winner David Coulthard, who forms an all-Scottish pairing Susie Wolff as the Williams development driver makes her final competitive outing before retirement.

With the draw for the individuals' contest set on Tuesday, a number of eye-catching match-ups are in prospect, including two all-F1 battles in the round of 16.

Ricciardo will face Hulkenberg for a spot in the quarter-finals, the winner meeting either Vettel or Solberg, while Jenson Button goes up against Felipe Massa to see who will face either Coulthard or Wolff.

In the lower part of the draw, Kristensen faces Nelson Piquet Jr, the winner meeting either Grosjean or Jason Plato, while the final two heats will be determined by a series of preliminary battles.

In these, Jose Maria Lopez, Ryan Hunter-Reay, Pascal Wehrlein, Andy Priaulx, Mick Doohan, Buncombe and Jolyon Palmer will all have to come through an opening heat before they reach the main draw.

Replacing the absent Lorenzo in this section is British amateur racer Bradley Philpot, who beat Des Foley for his wildcard spot.

More interesting match-ups were decided in the draw for the Nations' Cup, with the best among them being the opening clash of the Australia v Germany quarter-final: a grudge match between former Red Bull teammates Ricciardo and Vettel.

Other highlights include the match-up between Button and Coulthard as 'England 2' fights Scotland for a semi-final place, and the first-round heat between Grosjean and DTM champion Wehrlein as the All-Stars battle the Young Stars for a quarter-final place against either 'England 1' or Brazil.

The cars and format

As ever, all the drivers will be in identical machinery for every heat, and the wide range of cars in use makes adaptability the key to success.

New to the Race of Champions this year are the Mercedes AMG GT S, the Radical SR3 RSX and Rage Comet buggy, which join a roster of old favourites including the Ariel Atom Cup, KTM X-Bow, Euro NASCAR, RX150 buggy and the ubiquitous ROC Car.

There's also a subtle tweak to the format, which has abandoned the traditional crossover track of previous years in favour a new pursuit style inspired by Olympic cycling.

What this means is that the two drivers in each heat will line up alongside each other but facing in opposite directions, effectively half a lap apart, and will be trying to hunt each other down.

The Nations' Cup kicks off proceedings at 2000 GMT on Friday evening, before the individual contest to crown an overall Champion of Champions begins at 1500 on Saturday.

Hoy to replace injured Lorenzo in Race of Champions