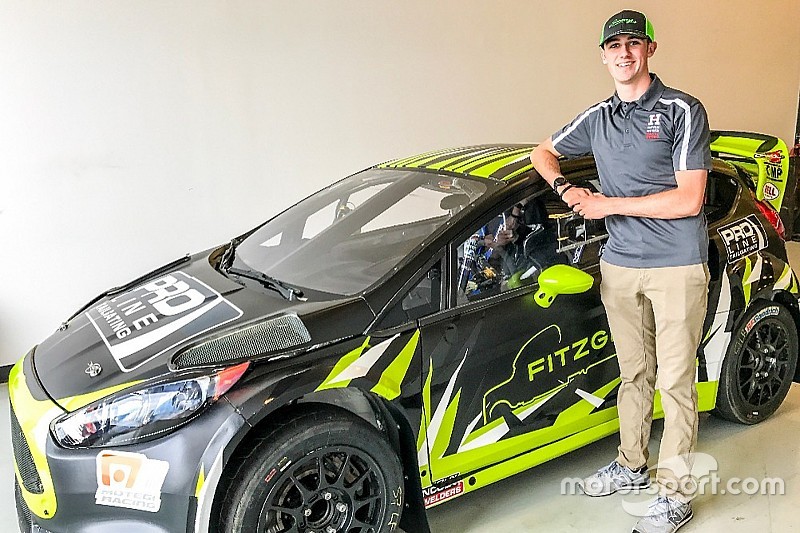 Austin Cindric will make his Global Rallycross Supercar debut next weekend in the Seattle, Washington doubleheader.

Cindric has multiple wins in the GRC Lites division, finishing second in the 2015 championships standings. He will replace Cabot Bigham behind the wheel in Seattle, but Bigham will return for the season finale in Los Angeles, California. In the 2014 X-Games, Cindric claimed the Bronze medal in the GRC Lites category.

“For two years, and through many different avenues, the step-up to Supercar is something I’ve been working very hard to reach.” said Cindric. “I’ve always been very passionate about rallycross racing and eager to get back in the series. Bryan Herta Rallysport has proven to be one of the top teams in the last couple of seasons, so it is a huge opportunity to prove myself in my first Supercar event, and it wouldn’t be possible without Bryan, Fitzgerald Gliderkits, and Proline Tailgating. But most important of all, I get to jump a car again!”

Cindric, who turns 19 this weekend, currently competes full-time in the NASCAR Camping World Truck Series with Brad Keselowski Racing. He also made his NASCAR Xfinity debut with Team Penske at Road America in August.

“I have watched Austin from his very first day in a race car alongside my own son at the Skip Barber Racing School,” said team owner Bryan Herta. “And have enjoyed seeing his success at every level he has competed in to date. He has the most unique and varied resume of any young driver out there today, and has proven he can quickly adapt to any racing vehicle he drives. I have no doubt this will be the case again with the Supercar and am pleased that we can offer him the opportunity to experience the exciting and competitive Red Bull Global Rallycross series,” stated team principal Bryan Herta. “I’d also like to acknowledge Cabot Bigham’s willingness to allow for Austin to have this chance, Cabot will be with us all weekend helping Austin and the team, and I look forward to him returning to the cockpit for the season finale in Los Angeles.”