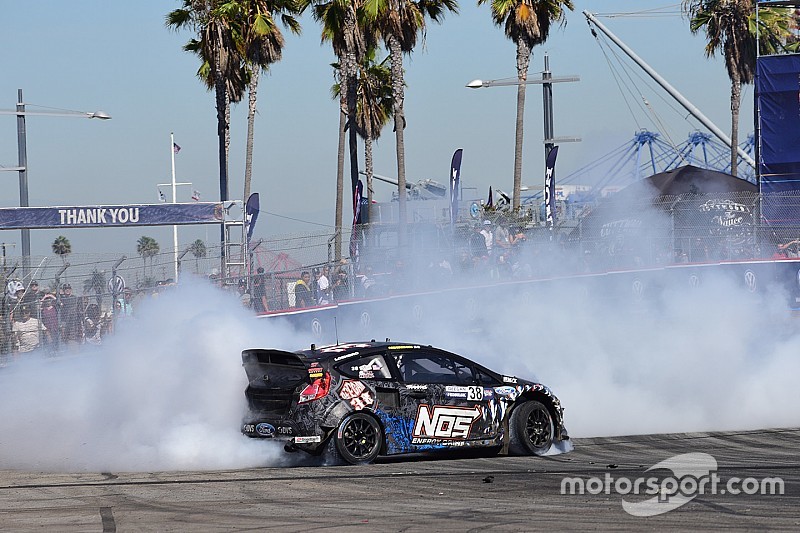 Scott Speed, Tanner Foust, and Steve Arpin enter this year’s event with a chance at the Supercar title

For the fourth consecutive year, Red Bull Global Rallycross Los Angeles will return to the Port of Los Angeles on October 13-14 for the 2017 season finale. This explosive year-end event will have some of the most intense wheel-to-wheel, high-flying rallycross action of the season, as top drivers from across the globe battle it out with the Supercar championship still on the line.

“Los Angeles has become one of the most anticipated, adrenaline-pumping stops on the Red Bull Global Rallycross schedule since the series’ inception,” said Red Bull GRC CEO Colin Dyne. “The Port of LA is one of our premier venues, and provides a great backdrop to showcase the season finale in the city that houses the national headquarters for GRC and Red Bull North America.”

Last year’s Red Bull GRC season championship came down to the wire, as Volkswagen Andretti Rallycross teammates Scott Speed and Tanner Foust battled for championship points throughout the doubleheader weekend. Speed claimed the Supercar title while Foust placed second, and current Supercar rookie Cabot Bigham went from last on the grid to first in the final to win the GRC Lites race and championship. Speed, Foust, and Steve Arpin enter this year’s event with a chance at the Supercar title, while Cyril Raymond clinched the Lites crown in Seattle in his first season in the series.