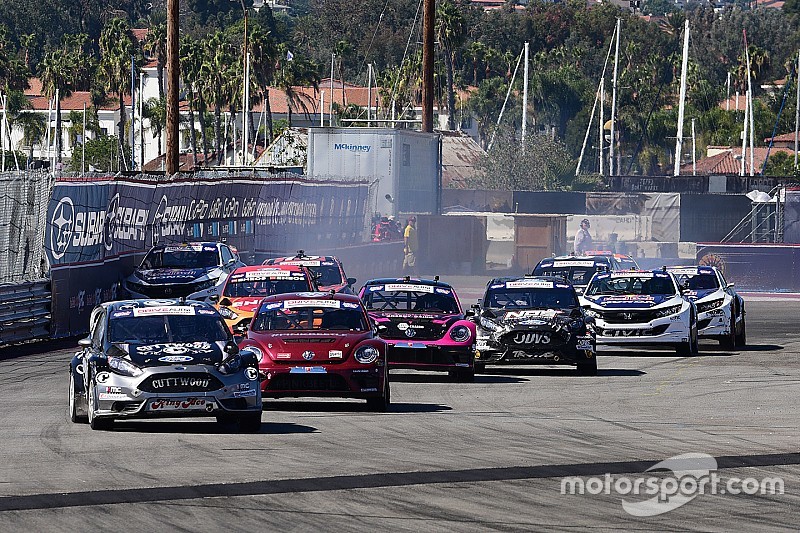 The American-based Global Rallycross Championship has announced that it will run an all-electric category in the series in 2018.

The GRC will partner with the United States Auto Club (USAC) to run the new series. “Red Bull Global Rallycross is pleased to add to our rallycross platform an electric series,” said GRC CEO, Colin Dyne.

“The 2018 season will be a landmark year for us as we welcome electric vehicles to the grid for the first time.

"The electric car is one of the hottest topics in the automotive industry, and manufacturers across the globe have recognised its immense potential. We want to embrace this technology.”

The GRC organisers say that the new series will run as an addition to the existing Supercar and Lites categories.

“This electric series will add a new dynamic that will never replace the current formula, but will be an important part of our expansion,” said Dyne.

Motorsport.com revealed the first ever electric rally and rallycross car on Wednesday, that has been created in Austria by Manfred Stohl’s STARD Research and Development company, although the GRC’s electric vehicles are understood to be being created using a different platform.

Electric rallycross has been a hot topic in the last few days. Alongside Audi’s announcement earlier this week that it will switch its focus from the World Endurance Championship to Formula E, the German marque also announced that it was interesting in perusing the electrification of rallycross.

Audi is currently involved in the FIA World Rallycross Championship as a partner to 2016 rallycross champion Mattias Ekstrom’s EKS team.