The US-based Global Rallycross Championship has gone out of business with immediate effect.

Increasing financial pressures, along with the exit of the series' Supercars teams, are believed to have led to the Red Bull-backed GRC's demise.

Lancaster Speedway in New York, which had become the 2018 season opener as the previously-slated curtain-raiser in Louisville was cancelled, publicly confirmed the news via a Twitter post.

"We received notification from the Red Bull Global Rallycross it was ceasing operations for the 2018 season effective immediately," it wrote. "Their hope is to reorganise and start back up in 2019.

"GRC is going to be issuing refunds next week to all who had already purchased tickets for events."

Most of the series' Supercars teams walked away from the championship at the end of last season following disagreements with GRC management, starting with Honda and followed by Volkswagen and Subaru.

According to court documents filed in the US, Alpha Group, which trades as Red Bull Global Rallycross, has taken out legal action against Subaru of America.

It alleges that Subaru went back on a binding commitment to race in the GRC in 2018, and made false claims regarding whether the GRC would host races this year.

The GRC, which is being represented by former sportscar racer Michael Avenatti, also claims that information regarding the 2018 season was shared between teams and an unnamed event management company at a meeting, and that Subaru's exit and the subsequent planning of a rival US-based rallycross series led to VW following suit.

Subaru has denied the GRC's version of events.

GRC's ticket website has been made unavailable in light of recent events, with all scheduled races removed from its website, app, and social media channels and the main series website going offline during the weekend.

The demise of the GRC in the US is thought to have no impact on the proposed GRC Europe series, which is said to be an entirely separate entity and is working towards a 2019 start.

Following the manufacturers' exits, the GRC had announced plans to replace its headline Supercar category with a 'Gold' class using upgraded Lites cars. It had also intended to hold its series finale at Lydden Hill. 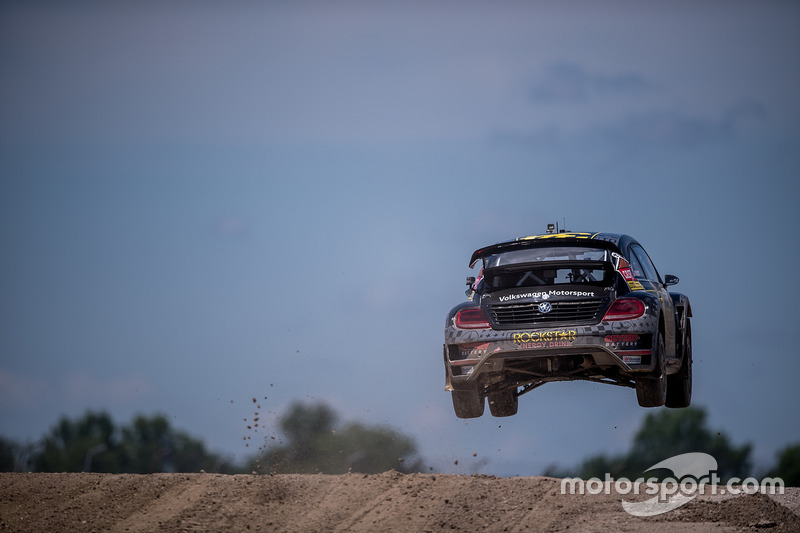 The Global Rallycross championship gave motorsport a place in the extreme sports arena and boasted major manufacturer and driver names at its height. But the series suddenly folded at the start of 2018.

After a four-year absence, Jacques Villeneuve was back behind the wheel of a rallycross car as he took part in the ARX (Americas Rallycross Championship) event at the Grand Prix de Trois-Rivières last weekend.

The US-based Global Rallycross Championship has gone out of business with immediate effect.