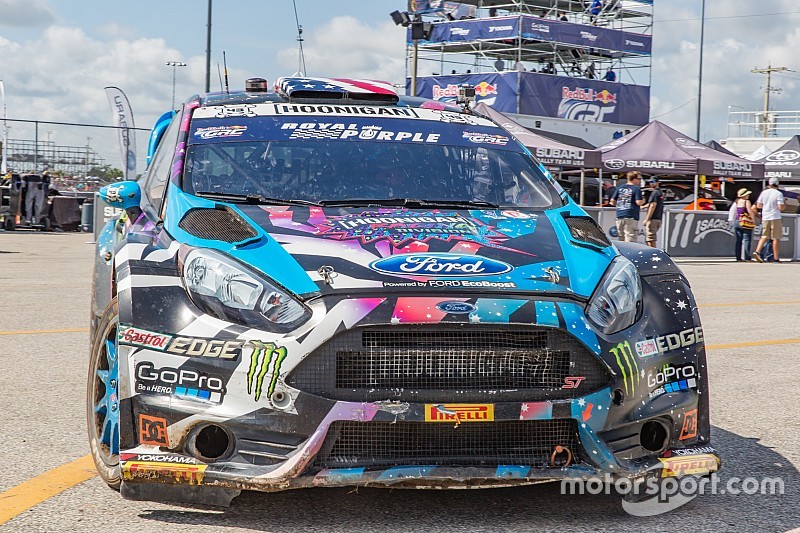 The fourth round of the 2015 Global Rallycross championship took place at a United States Marine Corps base in Jacksonville, North Carolina. Ken Block was able to take the win in front of Patrik Sandel and newly crowned FIA Formula E champion Nelson Piquet Jr., making himself the first driver to earn multiple victories this season.

Ford Fiestas swept the top five positions in the finishing order with championship leader Sebastian Eriksson placing a disappointing result of ninth, allowing Block to take over the top spot.

The course itself made history, being the first active military base to ever be used in a motorsports event and is the longest ever run by the GRC at .993 miles.

Sandel appeared to have the race in hand before an accident forced a full race reset. Dreyer & Reinbold Racing won on the GRC Lites side with Alex Keyes, the first of his career.

The series heads to Belle Isle in Detroit, Michigan for the fifth round of the 2015 championship in three weeks.