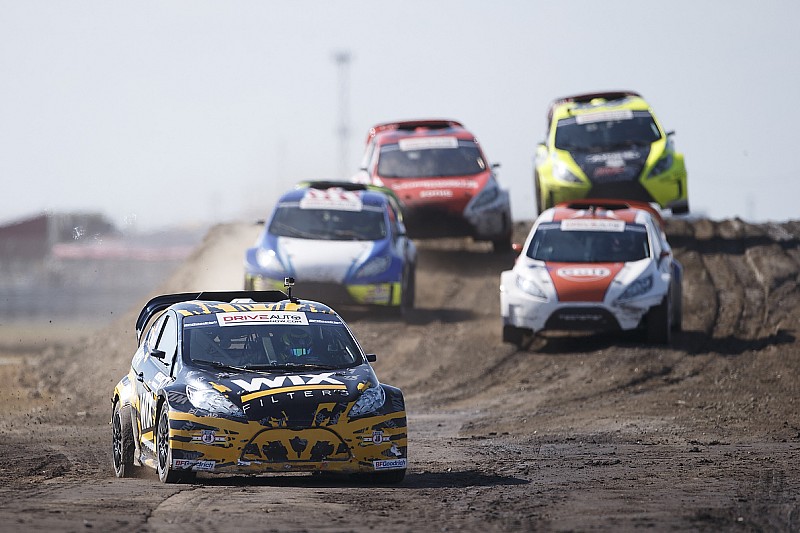 The first double header event of the 2017 GRC season

Thompson Speedway Motorsports Park will host the first doubleheader of the season, as well as the first track in Red Bull GRC history to utilize elements of both a permanent oval and road course at the same time—a testament to the versatility of rallycross cars.

The most dirt heavy course of the season so far

Drivers will be greeted with an immediate right-hander off the start line and a quick move into the dirt section and jump, with dirt continuing on for a significant portion of the course. The dirt portion is what will lead drivers out of the oval and into the road course, with a hard right-hander carrying them into the road racing segment of the track. The Joker Lap, meanwhile, may be one of the most significant shortcuts of the year.

Eliminating two short straightaways and one of the sharpest curves on the course, a driver at the back of a close field should easily be able to leapfrog multiple other cars. If anyone saves it for the final lap while running fifth or sixth, it just might be the difference between missing the podium by a wide margin and taking the victory.

Austin Dyne (#14 Rahal Letterman Lanigan Racing, M-Sport Ford Fiesta): “I'm just stoked for another weekend of racing. I feel a really good chemistry with the team and the track looks like a lot of fun. Part of the track is on an oval but we go backwards so that will be really weird as I've done a lot of oval racing in NASCAR stuff. We run on the road course, outside the oval to so it's kind of a mix of track.”

Chris Atkinson (#55 Subaru WRX STI): “We showed in Louisville that all the hard work the team has put in has created a fast race car, which is awesome. Now we are really looking forward to GRC Thompson which is a home event for Vermont SportsCar and also a big Subaru heartland, so for the Subaru fans and the team, we want to turn that pace into some results and put up a real fight in the finals."

Patrik Sandell (#18 Subaru WRX STI): “We had a successful shakedown early this week and we were able to solve the issues with the suspension from the last event in Louisville. The track in Thompson looks really good and it looks like it’ll be the best track so far this season on paper especially with the short joker. I also love that there is more dirt on the track because I love dirt! I’m super excited to go racing this weekend."

Scott Speed (#41 Andretti Rallycross Beetle GRC): "If you base this double-header on the wild race we had last week in Louisville, reliability and consistency will be the main focus here for the team. The racing is going to be very tough, and we will have to run a smart weekend in Thompson to win."

Tanner Foust (#34 Andretti Rallycross Beetle GRC): "Double-header weekends are approached a little differently than single-race weekends. There's so much damage potential and so many points up for grabs that it's critical to be smart and calculated throughout the weekend. Last weekend, I visited England to attend the 50th Running of Rallycross at Lydden Hill. I've raced there eight years in a row, and it was amazing to see how the sport has progressed all over the world. In the states, we are bringing rallycross to an entirely fresh audience and I can't wait to bring it to one of the most populated areas of the United States this weekend."

A very close win for Sebastian Eriksson at GRC Louisville

GRC Round 3: Saturday's report from Race 1 in New England