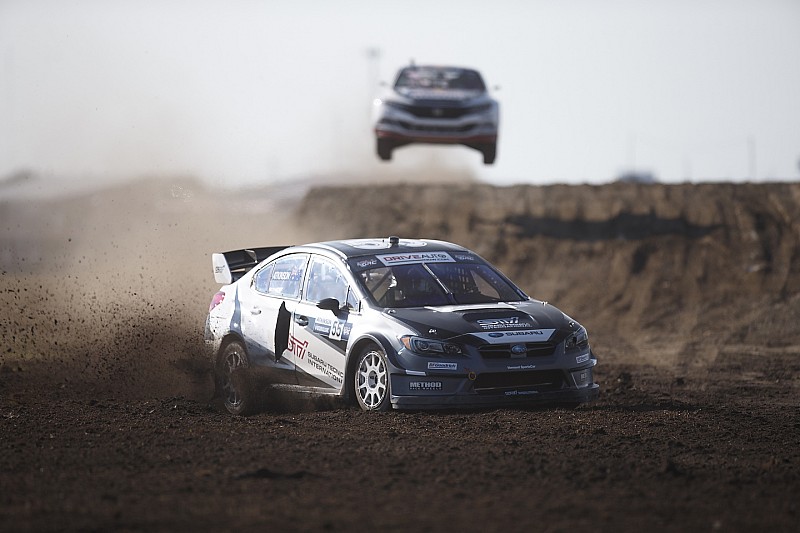 Series frontrunner Sandell switches to the factory Subaru squad after a stint with Bryan Herta Rallysport in a Ford Fiesta, which saw him finish fifth in the championship last season.

“To finally be a part of the Subaru family is a childhood dream coming true,” said Sandell.

“I was watching Subaru cars rallying all over the world as a kid, and I am now very proud to be in those same shoes.

“Subaru have been able to create a unique passion around its’ brand and cars that I really like, as I am so passionate about both rally and rallycross myself. I am really looking forward to meeting all the Subaru fans out there that share my passion for the sport.

Atkinson, meanwhile, is a far more recent convert to rallycross. Having only debuted in the sport last season, the former Subaru World Rally Team driver did enough across a four-round GRC cameo to earn himself a fulltime ride for 2017.

“It’s an amazing opportunity for me,” said the Australian.

“We got to do the last four events of last season, I had a really cool result at the end getting a pole position and improving the car all the way through, so 2017 here we come. I’m looking forward to it.

“It’s awesome to be back in the Subaru blue again. It’s been over 10 years since I raced in the World Rally Championship with Subaru, starting my career as the first Aussie to compete full-time. And now to get to do it in the Global Rallycross Championship, representing Australia overseas and flying the Aussie flag, there is nothing more brilliant.”