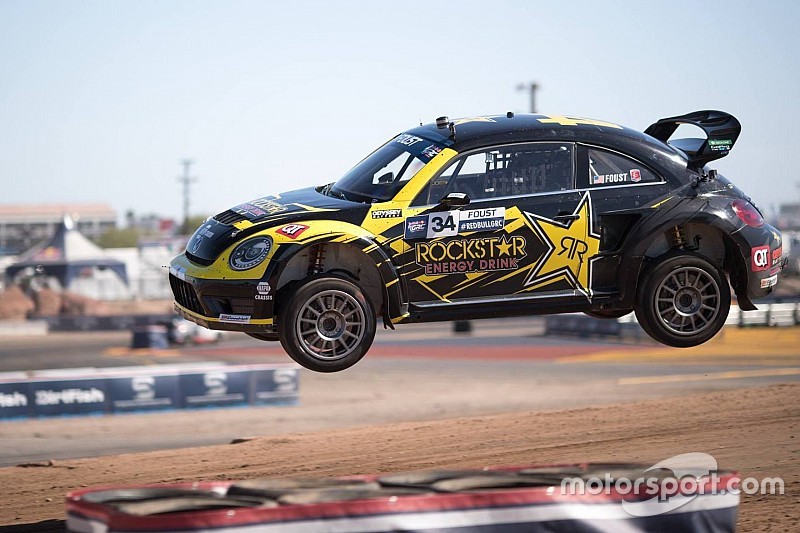 Los Angeles, CA - For the third consecutive year, Red Bull Global Rallycross will bring the biggest stars and fastest cars in the sport of rallycross to Washington DC on July 29-30. RFK Stadium will once again play host to Red Bull GRC Washington DC, featuring high-flying, wheel-to-wheel action on one of the sport's fastest tracks.

“The past two years have shown us that Red Bull GRC drivers are incredibly excited to visit and compete in Washington DC,” said Red Bull GRC CEO Colin Dyne. “We’ve been fortunate enough to put on some of our best racing at RFK Stadium in both of our visits so far, and we expect to see more of the same this July.”

Drivers will be greeted by a super high-speed course with one of the longest straightaways in Red Bull GRC history. They'll also be challenged a mix of dirt, tarmac, and the series' staple 70-foot jump. The unique venue design will put fans front and center for all the best action on the course.

Inaugural event winner Patrik Sandell will return to Washington DC to avenge last year's runner-up finish, while SH Rallycross will look to defend last year’s victory with a new driver in Jeff Ward. They join a fleet of stars including Maryland native Bucky Lasek, three-time Fan Favorite Driver of the Year Tanner Foust, and defending champion Scott Speed. In GRC Lites, Alex Keyes will aim to make it two DC victories in a row against more than a dozen of the world's best up-and-coming rallycross drivers.