AIM Autosport Team fights back to seventh spot at The Glen

Watkins Glen International , New York. Heading off from a challenging race at the Brickyard at Indianapolis Motor Speedway two weeks ago, AIM Autosport Team FXDD Racing With Ferrari returned to Watkins Glen International for the short course race with 276 points, currently leading the GRAND AM Rolex GT Sports Car Series, in contention to extend the drivers and manufacturers points lead. 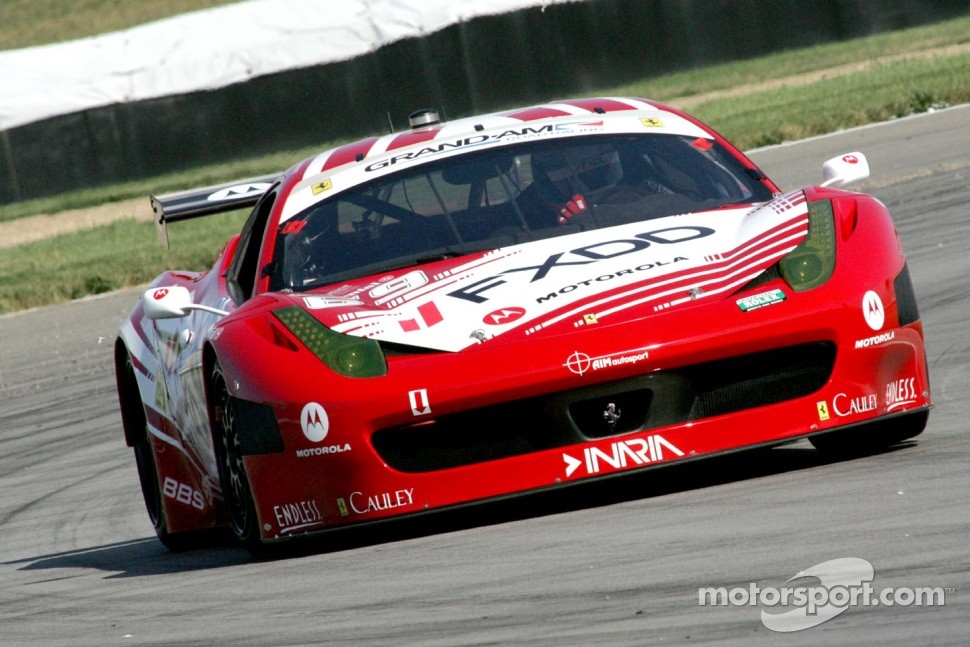 After a final set up at the end of the first practice session on Friday morning, Assentato was able to secure fourth spot in the afternoon qualification, putting the Ferrari 458 Italia on the second row, despite a tire strategy that could have been affected by possible rain in race Saturday’s inclement forecast.

When the green flag went down after the pace lap, the Rolex GT field crowded up in corner one where there was contact with a number of cars including the AIM Autosport Team FXDD Ferrari and that of the Stevenson Camaro, both spinning out to a complete stop. Both cars sustained damage and the incident put Assentato to the back of the pack, in fourteenth spot, with a long fight ahead within the first lap.

Much of the Ferrari’s set up had become altered due to damage as a result of the earlier contact on the first lap. The Team’s engineers called a necessary pit stop to assess the damage and devise a different strategy to avoid a possible retirement of the 458 Italia. The Ferrari’s tires were changed on lap three, addressing a vibration issue as a result of a damaged rear rim. 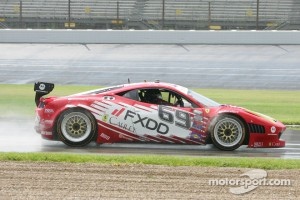 While Assentato’s stint came to a close at the end of lap twenty four, the Team’s effort to make the Ferrari 458 Italia manageable was successful despite its front end damage that was greatly affecting its aerodynamics and overall control.

Segal was then strapped in to complete the second half of the Continental Tire 200 race. Small improvements were made to the car throughout the remaining pit stops, allowing the 458 Italia to show its strength and resilience. Although the car was not able reach it maximum potential for the remainder of the Watkins Glen short course, the AIM Autosport Team FXDD Ferrari yet again proved its reliability in completing the race, given its tough circumstances early on in the race.

Drivers Emil Assentato and Jeffrey Segal are now only three races away from a possible championship, after a maiden season with the new 2012 Ferrari 458 Italia GRAND AM GT, and AIM Autosport’s first season in the Rolex GT Series after competing a number of years in Daytona Prototypes. After ending the race in seventh place climbing from fourteenth, both AIM Autosport’s Assentato and Segal remain in first place with 300 points in the driver’s standings in front of Turner Motorsport’s Paul Dalla Lana, and ahead of the Chevrolet Camaros of Stevenson Motorsports with 303 points in the manufacturer’s standings.

Team Sahlen is transitioning to BMW Riley Daytona Prototypes in 2013