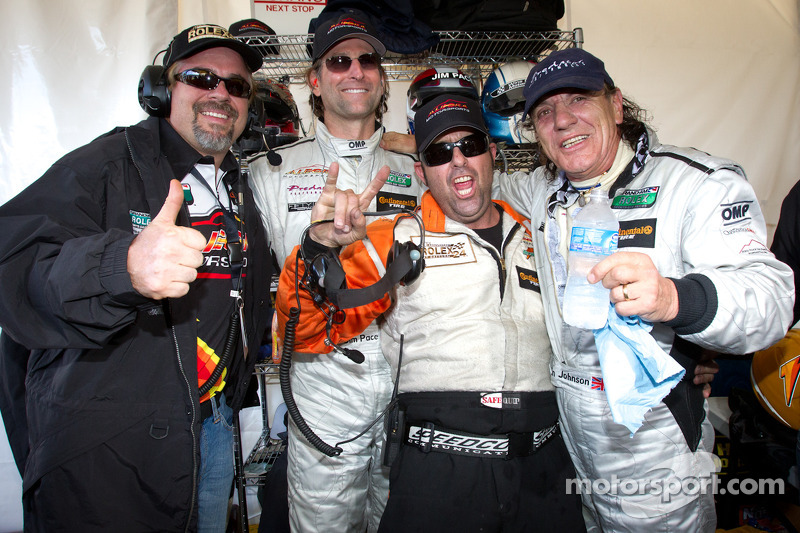 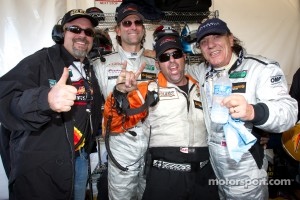 Daytona, FL (January 30, 2012): Last weekend, AC/CD lead singer Brian Johnson, along with Fifty Plus Racing, Predator Performance and Alegra Motorsports, successfully completed the Rolex 24 at Daytona as part of the “Highway to Help” campaign to raise funds and awareness for the Austin Hatcher Foundation for Pediatric Cancer.

Throughout the race, the team encouraged fans to text “2232” to 501501 to donate $10 to the Austin Hatcher Foundation. Highway to Help was also promoted through a 24-hour radio campaign supported by Clear Channel and Chattanooga’s Rock 105.

Fans across the world responded to the call, raising support and awareness for the Austin Hatcher Foundation, an organization that provides therapy and other services for families affected by pediatric cancer.

“Highway to Help has been a huge success,” said Jim Osborn, co-founder of the Austin Hatcher Foundation. “The awareness and funds raised through this campaign would not have been possible without the generosity of Brian Johnson and the entire Fifty Plus Racing team and we are extremely grateful to have the support of the racing community and AC/DC fans all over the world.”