As the Grand American Rolex Sports Car Series prepares to begin its new season with upwards of 30 Daytona Prototypes on hand for the Rolex 24 at Daytona, the sanctioning organization took a few minutes to look at one special team with one special ...

As the Grand American Rolex Sports Car Series prepares to begin its new season with upwards of 30 Daytona Prototypes on hand for the Rolex 24 at Daytona, the sanctioning organization took a few minutes to look at one special team with one special objective: the #79 Newman Racing/Silverstone Racing Ford Crawford that benefits - and wears the colors of Camp Boggy Creek. 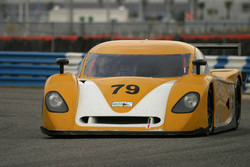 Newman, who co-owns Newman/Haas Racing, the CART/Champ Car entity that this year celebrated its most recent championship with Bourdais, the fifth NHR driver to take a title in the series, usually isn't terribly vocal about his driving stints, preferring to have a good time and let the professionals with whom he works take the glory.

Still, Newman does have an amateur SCCA title, achieved in a Bob Sharp Nissan Z back in 1979 that he considers "the finest moment in my racing career," among many laurels he's taken, including victory in the race he'll contest next weekend.

Brockman, who grew up just down the road from Daytona Beach in Orlando, FL has raced with the legendary Newman many times and first met him during the 24-hour race at Daytona when Newman co-drove a Ferrari Daytona with the late Milt Minter and Elliott Forbes-Robinson. Brockman has been on the board of directors at Camp Boggy Creek since 1989 and "this Florida camp is close to my heart; I've been in it from the beginning." 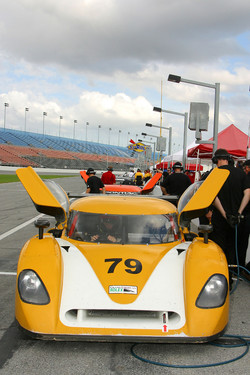 Just as he did then, Newman will continue to surround himself with professionals. Bourdais, in addition to winning his first Champ Car title this year has won the 24-hour race at the challenging Spa-Francorchamps circuit in Belgium and was born and raised in Le Mans, site of the seminal twice-around-the-clock enduro.

This will be just another endurance race for the Frenchman, but Bourdais said the Rolex 24 "is a project I've wanted to do with Paul. I think we've got a great shot; I've got quite a bit of experience at this type of racing and I'm really looking forward to it."

For the fourth member of this driving squad it'll be the first time back in harness in six months. Cristiano da Matta, who left the CART series after his 2002 championship was secured with NHR and went to Formula One, hasn't driven a car in anger since he was released from the Panasonic Toyota F1 team this past summer.

"Not only haven't I driven competitively in six months but this will be the first time I've competed in a car at night," da Matta allowed. "This is a new experience for me; I've never driven 24 hours and never more than 500 miles. But it's good to be with Paul, Mike and Sebastien. I think they're a good group and we have a shot if we're in good position at the end."

While he's participated in a few touring car races, "that's about it with 'roofed' cars," da Matta explained from his home in Belo Horizonte. Da Matta is still putting his plans for the 2005 together but expects to be back in the Champ Car World Series after his F1 debacle, a difficult 1.5 years with a team that "never really made improvements"

Newman captured more than a few headlines when he escaped the #79 Ford Crawford during pre-race testing earlier this month as it caught on fire. "It'll be ready for practice," he said confidently after a fuel pressure regulator caused a minor conflagration.

This group is ready to deal with all of the difficulties that must be overcome during the Rolex 24 at Daytona and is pleased to have such a wide variety of competitors from open- and closed-wheel racing with whom to contend. They'll be dealing with weather (it rained for most of last year's race), with double and triple stints, depending on the situations.

"If we make it through the night then we'll think about racing," Brockman decreed. For Newman, the passion for all three of his lifelong endeavors, acting, racing and helping sick children "is complicated. Each feeds on the other," he noted. 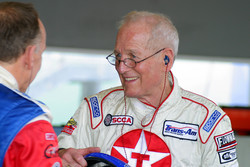 The owner/driver has a feeling for this race and believes, "If we can keep the car out of the pits we can do well." As for Newman's own intended participation and strategy for this upcoming endurance race, "I get the longest sleeping shift." Asked about that length Newman responded, "Oh, I get to sleep about 23, 23-1/2 hours," he laughed.

He is encouraged by a motorsports community that rallies around his chosen charity: "They've been very faithful and very generous to us," Newman said.

On February 2nd, Camp Boggy Creek will be making an announcement of a special awards program - a Pacesetter campaign that will send added financial and public relations assistance to the camp.

The Grand American Rolex Sports Car Series (GARRA) will be working with Camp Boggy Creek to increase funding as well as awareness of the special programs afforded ill children that takes none of their own family's funding for attendance.