DAVY JONES RETURNS TO THE ROLEX 24 AT DAYTONA 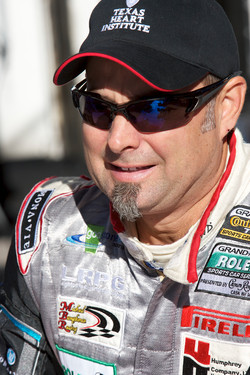 Daytona, Florida – January 20th, 2012 – Davy Jones announced today that he will compete in the 50th anniversary of the Rolex 24 at Daytona with the Mühlner Motorsports America team on the season opener of the 2012 GRAND-AM Rolex Sports Car Series season. He will be behind the wheel of the #18 Texas Heart Institute Porsche GT3 Cup car which he will share with co-drivers John McCutchen, Bill Lester and Mark Thomas during the 24 hour event.

Jones will look to score his second career Rolex 24 victory around the high banked 3.56-mile, 12-turn speedway road course and preparations have started on the right foot as the Belgian team showed impressive speed at the Roar Before the 24, clocking the second fastest lap of the three day test. Jones is no stranger Porsches and endurance races as in 1996 he became the last American to win the 24 Hours of Le Mans while driving a Porsche LMP1 car. This year he will look to repeat that feat at Daytona by taking the win in the GT category.

Davy Jones is one of the most celebrated drivers in American Sports Car history, he has competed with unprecedented success in virtually every form of motorsports including Grand Am, Le Mans Series, IndyCar, Nascar, IMSA-GTP, IROC and Formula 3. Jones returns to the Rolex 24 on the 22nd anniversary of his victory at the historic event. The Chicago native is also the last American driver to achieve an overall victory at the 24 Hours of Le Mans after his 1996 win.

“I’m very excited to be back again at Daytona and to be part of such a strong effort. The team has shown that they have the speed out there and we have a very strong and experienced group of drivers, I have no doubt that we can be a contender for the victory.

Competing at the Rolex 24 on its 50th anniversary its something that I am very proud off, this race has been a big part of my career and winning here is definitely something I will never forget. I can’t wait to get in the car for the first practice and start working with everybody to get ready for the race.”