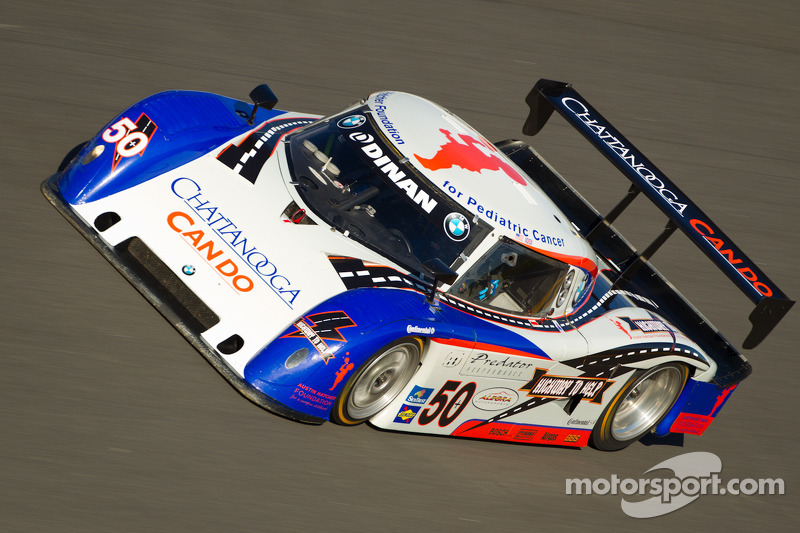 Day 2 Roar Before The Rolex 24: Dempsey and Johnson Bring Star Power to Daytona 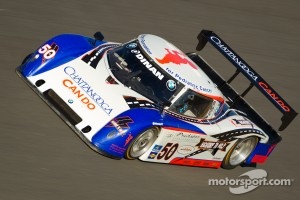 DAYTONA BEACH, Fla., -- Over the years, many popular celebrities from the entertainment world have tackled Daytona’s demanding 3.56-mile road course in pursuit of the coveted Rolex watch. This weekend, actor Patrick Dempsey and AC/DC lead singer Brian Johnson turned laps with their teams during the Roar Before the Rolex 24 At Daytona in preparation for the 50th Anniversary of the twice-around-the-clock endurance challenge.

Dempsey, owner of Dempsey Racing, returns to Daytona with a two-car effort for the 50th Anniversary of the Rolex 24 At Daytona. He will drive the No. 40 Visit Florida Mazda RX-8 GT with teammates Joe Foster, Charles Espenlaub and Tom Long, while the No. 41 Team Seattle/Global Driving & Salvage Mazda RX-8 will be driven by Dane Cameron, James Gue, Ian James, Don Kitch Jr. and Dave Lacey.

“It’s great to be back,” said Dempsey. “Really excited to be here for the 50 year anniversary. It’s going to be great for the fans – you’re seeing more fans already around the track, even at the test this year, which is great.

“The quality of the drivers that are here, you know, the new manufacturers that are here as well, I think it’s really great for the sport and certainly for Grand Am and the GT series in general.”

Dempsey was also excited to partner with Daytona again to offer a unique ticket package to let fans get the most out of their Rolex 24 At Daytona experience, while also benefitting Team Seattle Guild and the Dempsey Center for Cancer Hope & Healing.

“I want to thank Daytona for supporting us on this ticket package,” he continued. “It’s the most important part of our racing program – to bring attention to those two causes. The fans who get those tickets, we will spend time with them and make it an enjoyable experience and make them feel like they’re a part of the team.”

Singer Johnson will be driving in his first Grand Am event in the No. 50 BMW Riley for 50+ Predator/Alegra.

“It’s like being in a band, everybody’s dependent on everybody else to, you know, for the big show. And I’m just happy to be part of it all,” said Johnson. “This 24 hours is right up there with one of the biggest gigs that I’ve done.

“Most people try to live the dream when they’re alive and I think for me I’ve outlived the dream, I mean this is just beyond dreaming. It’s real. And I’m loving every minute.”

Just like with Dempsey Racing, Daytona has also partnered with 50+ Predator/Alegra to offer a special ticket package to commemorate the team’s participation in the 50th Anniversary of the Rolex 24 At Daytona and benefit the Austin Hatcher Foundation for Pediatric Cancer.

Fastest of the day: The No. 5 Action Express Racing Corvette DP with drivers Christian Fittipaldi, Darren Law and David Donohue was the fastest in the Rolex Series on the second day of testing with a speed of 126.468 mph.

A Ferrari posted the fastest time in the GT class as the No. 63 Risi Competizione Ferrari 458 Italia Grand Am driven by Toni Vilander, Olivier Beretta and Andrea Bertolini posted a lap of 117.321 mph.

The Roar Before The Rolex 24, the three-day test session for the historic 50th Anniversary of the Rolex 24 At Daytona on Jan. 28-29, kicked off with 112 sports cars on Friday at Daytona International Speedway and continues through Sunday.