The Ferrari team based in Houston, Texas, decided to jump into the GT contest for the Grand-Am Rolex Series 2012 opening event at Daytona International Speedway. Risi Competizione will take on the 50th Anniversary of the Rolex 24 Hours of Daytona with the American Canadian Racing team.

The combined team will field two Ferrari 458 Italia Grand Am cars in what is becoming a very strong GT field for the prestigious endurance race held at the end of January. The two-time American Le Mans championship team is well known to not only to the North American audience but also to world wide fans as they have also scored the victory in the GT class at the 24 Hours of Le Mans.

The last time that the Risi team competed in the Daytona twice-around-the-clock event was in 2004 with a Maserati Light GT. 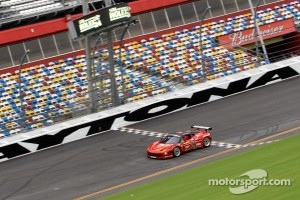 For the 2012 event, the team has the support of the Ferrari North America dealership network, along with the dealerships who sponsor Ferrari Challenge Series teams. The American Canadian Racing group will come from Ferrari of Silicon Valley in California while from Canada the dealership is Ferrari of Ontario.

The 458 Italia to be used for the event will not be the same Ferrari ran by Risi Competizione in 2011. Specially built for the Grand-Am specs, the new car was based on the European GT3 race car by Michelotto, Ferrari’s GT development and manufacturer partner. The new baby from the Italian company also carries a new name: Ferrari 458 Italia Grand Am.

Since earlier this year, they have been busy preparing the new racing machine from its design to the ongoing development. The suspension, gearbox and brakes are all different than the Le Mans GTE Italia 458. Even for the Ferrari drivers who have raced the GTE car or the European GT3 Ferrari need to learn the new 458 Grand Am version.

In July of 2011, the newest of the Ferrari racing machines turned its first laps at the Daytona infield road course with Ferrari driver Jaime Melo. It no doubt took him a short time to get use to the V8 engine’s higher power output versus the GT3 European Ferrari. At the recent December test in Daytona, both Toni Vilander and Raphael Matos were behind the wheel of the No. 62 Ferrari 458 Italia Grand Am.

The driver lineup will be announced at a later date but it would seem certain that Melo would be listed as one of the top Ferrari drivers. Of course, the trio who that currently races for Risi would no doubt be on the list: Gianmaria Bruni, Giancarlo Fisichella and Toni Vilander.

Also expected is the 5-time ALMS GT champion who left Corvette Racing after the season finale at Road Atlanta. At that time Olivier Beretta spent the last eight years with the dominate LM GT1 team as he appears to want to start a new chapter in his racing career. It has not been confirmed but apparently he had already spoken with the team.

Except for taking on the Rolex 24 Hours of Daytona, any other plans for Risi Competizione in 2012 have yet to be announced. 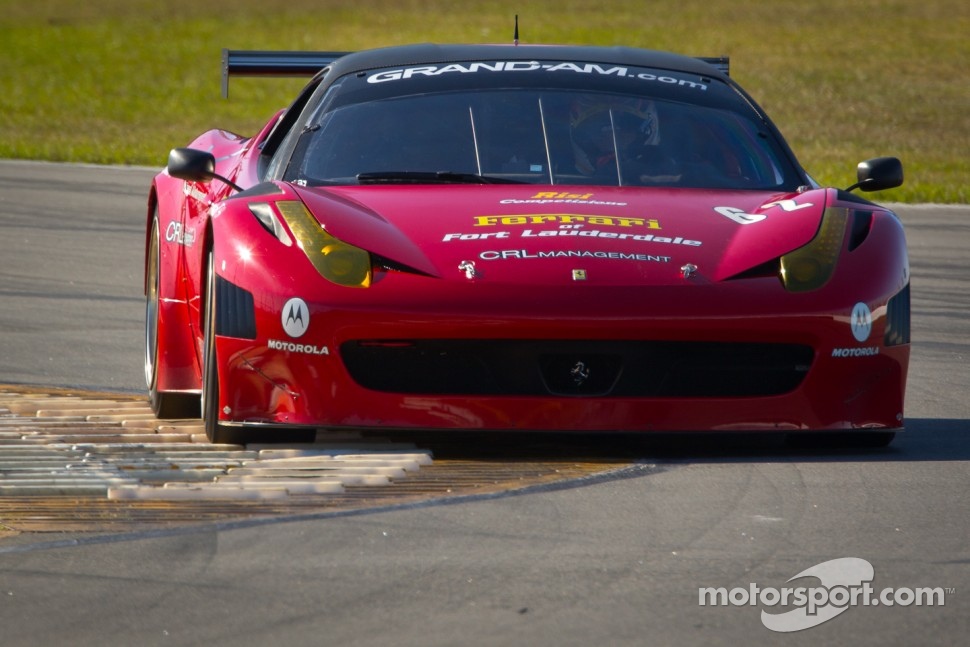 December test in the No. 62 Ferrari 458 Italia Grand Am with Raphael Matos,Toni Vilander