Excitement for the Rolex 24 at Daytona is high every year. Fans and drivers alike, turn their attention to the high banks of Daytona for the event that kicks off every racing season after a winter break that always seems too lengthy. This year, however, excitement is noticeably higher for the race as an influx of new cars and manufacturers make their way into the Grand Am Rolex Sports Car Series.

While the Daytona Prototype class has received much of the attention this off season with the introduction of a new generation of DP, the GT class has made some exciting acquisitions as well with Audi and Ferrari joining the GT field. When the green flag drops on the 50th running of the Rolex 24 this weekend, 45 GT cars will take the field thus making predictions with any certainty a nearly impossible task. So in this preview, we’ll focus on the cars we feel have the best chance of taking the win come Sunday afternoon. 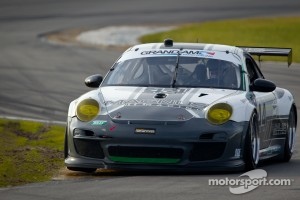 Since Magnus has yet to win in the Grand Am Rolex Series, I was a bit hesitant to include them in this list, but acquiring Lally will help the team immensely. Joining Lally is 2011 Porsche Mobil 1 Supercup champion, Rast and longtime Porsche ace Lietz. The success of this driver lineup, like most pro-am pairings, hinges on how much speed the amateur, Potter, has compared to his professional teammates.

Flying Lizard returns to GT for this year’s Rolex 24 after contesting last year’s running of the race in a Porsche powered Riley Daytona Prototype. Even though it was the team’s first outing in a DP, the team showed what has made them GT champions multiple times in the American Le Mans Series and stuck the car on pole.

With Rockenfeller joining the proven pairing of Porsche factory drivers, Bergmeister and Long, the team boasts a very quick and consistent lineup. Team principle Neiman rounds out the lineup and will need to try to keep the car on the lead lap and keep the nose clean for the pro drivers. 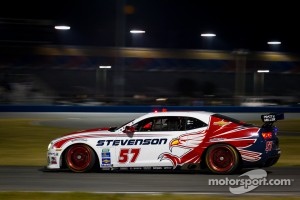 Stevenson Motorsports returns to Daytona with a pair of Camaro GT.R’s with the #57 as the lead car of the two. With a good driver lineup and a proven car, Stevenson can never be counted out.

There are several iconic teams in sports car racing associated with Porsche, but perhaps none more so than Brumos Racing. After a stint in the Daytona Prototype ranks, Brumos returned to its GT roots in 2011 taking the Grand Am Rolex Series GT Championship in the process. The team will look to build off of off a great 2011 and run strongly in the season opener. They should be a class favorite.

Ah Ferrari. The name just has a certain ring to it doesn’t it? It’s nice to see the prancing horse in Grand Am and Ferrari’s new Grand Am F458 makes its debut this weekend in the hands of several teams, but Risi Competizione is undoubtedly the strongest. Risi set the quickest times at the Roar Before the 24 test days, but come on, we all know everybody there was sandbagging, so how much weight do those results carry?

Nevertheless, Ferrari doesn’t build race cars unless it thinks it can win, so look for the red cars to be up front on Saturday, but being brand new cars, will they be there on Sunday? That’s our main question at this point. 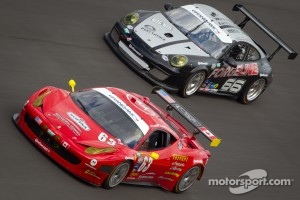 While this driver lineup may be a bit slower than the sister car above, its still a very formidable trio. Longtime Corvette factory driver Beretta makes his Ferrari debut paired with two very quick and very experienced GT drivers in Bertolini and Vilander.

Grand Am Porsche stalwarts, TRG (The Racer’s Group) has entered no less than five Porsche GT3 Cup Cars, but realistically only two of that bunch stand a chance of reaching the top step of the podium.

Car #66 has more than capable pilots behind the wheel, but #67 has the real all star cast. Besides gentleman driver, Bertheau, the lineup really is a “whos who” of Porsche racing. They’ll definitely be a favorite come raceday.

The Speedsource Mazda RX8’s didn’t quite see the same sort of success in 2011 that they had grown accustomed to in years past, so they will definitely want to start off 2012 by sending a message to the paddock that the ol’ girl still has some speed left in her.

Should Speedsource fail to score a good result, it will certainly not be due to the caliber of drivers its employed in the #70. Andretti Autosport (and Go Daddy Boy… that sounds so wrong) Hinchcliffe is joined by three great sports car drivers in Franchitti, Bomarito and Tremblay.

2012 GT runners up Autohaus Motorsports enters another one of the Camaros in the field with a real chance for a victory. The car is proven and reliable and the drivers are more than capable of a securing a win for the squad.

Turner Motorsport’s two BMW M3’s should be counted among early favorites for a victory. After scoring two victories last season, the package has proven to be quick and the team has employed some of the best BMW has to offer. Keep an eye on young Johnson, he’s shown great pace in the Grand Am Continental Tire Series and a few Nationwide races. 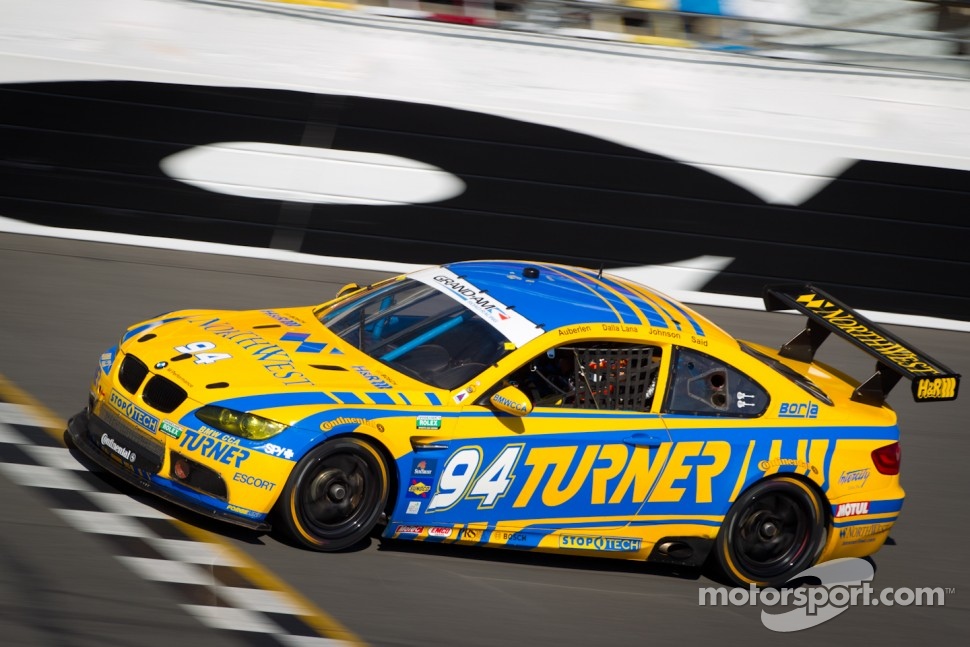 W Series US: Chadwick wins race one with title rival Powell in third

NASCAR to impose crew suspensions for lost ballast or wheels