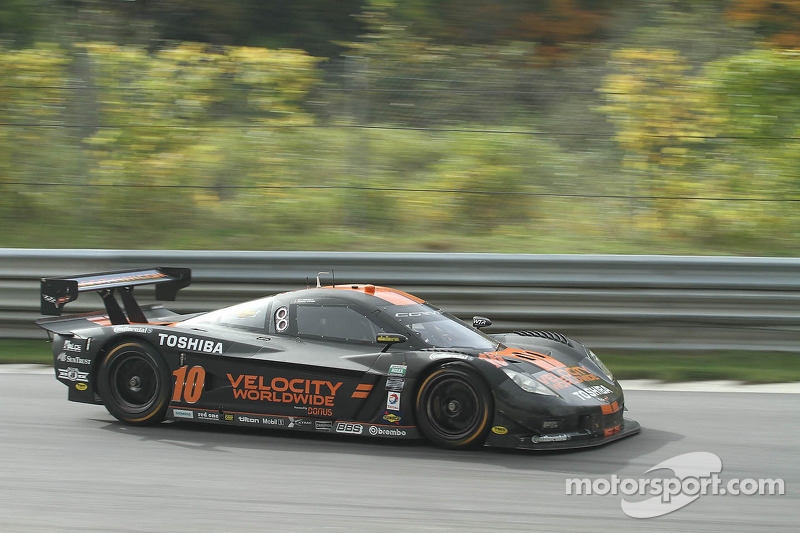 It is the fifth victory of the 2013 season and third consecutive to end the final GRAND-AM Rolex Series season for Angelelli and Taylor. The trip to Victory Lane extended the team’s undefeated streak at Lime Rock Park to four races. The performance of the Wayne Taylor Racing team culminated in the popular pair winning the Rolex Daytona Prototype Drivers’ Championship by 13 points. 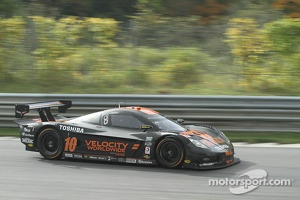 “Congratulations to Jordan Taylor, Max Angelelli and Wayne Taylor and the entire No. 10 Corvette DP team on their win at Lime Rock Park today,” said Jim Campbell, U.S. Vice President Performance Vehicles and Motorsports. “Today’s victory was their fifth win of the season as they clinched the Rolex DP driver’s championship. While the season had itsups and downs; the team made adjustments and finished the season strong with the championship. It is extra special to see Wayne Taylor and his team win the championship in the final season of GRAND-AM Rolex Sports Car Series. This will certainly give them momentum as they enter the Tudor United SportsCar Championship in 2014”

This is the eighth win of the season for the Corvette Daytona Prototype and propelled Chevrolet to clinch the 2014 DP Engine Manufacturers’ Championship.

Late-race contact ended the championship opportunities for Jon Fogarty and Alex Gurney, No. 99 GAINSCO/Bob Stallings Racing Corvette DP. They have one win in 2013, at the Circuit of the Americas, and finished third in the final DP driver and team standings. The No. 5 Action Express Racing Corvette DP team with drivers Christian Fittipaldi and Joao Barbosa finished in a tie for fourth in the DP team points with two wins during the season.

“Congratulations to the entire Wayne Taylor Racing team on their Lime Rock win and the 2013 Rolex DP drivers’ championship,” said Jim Lutz, Chevrolet Racing Program Manager, Rolex Sports Car Series. “The entire team all season never gave up, and overcame adversity to triumph at the end of the season.”

Today’s win was the first of the season for Curran and Aschenbach in the No. 31 Marsh Racing Corvette GT.R. Aschenbach was substituting for Boris Said who is the full-time driver, but was unable to attend the Lime Rock race.

“Congratulations to Eric Curran and Lawson Aschenbach on winning the GRAND-AM Rolex GT race today at Lime Rock,” Campbell said. “They have been knocking on the door of victory all season, so it was nice to see them end the GRAND-AM Rolex Series era with a win. The entire Marsh Racing Corvette GT.R team executed flawlessly to secure the win.”

Robin Liddell and John Edwards, No. 57 Stevenson Motorsports Camaro GT.R fought back from a tire issue to finish fourth and claim third in the final GT driver and team standings.

“Congratulations to Marsh Racing for their win by the Whelan Corvette in the GT class,” said Lutz. “And to Stevenson Motorsports drivers Robin Liddell and John Edward for achieving third place in both the driver and team championships in the GT class.”

In the final Continental Tire Sports Car Challenge race of the season, the Stevenson Motorsports No. 9 Camaro GS.R finished second, and moved to second in the final team and driver standings.

Chevrolet Racing will return to competition in 2014 as the inaugural season of the Tudor United SportsCar Championship begins with the 52ND running of the Rolex 24 Hour at Daytona International Speedway on January 24-26, 2014.