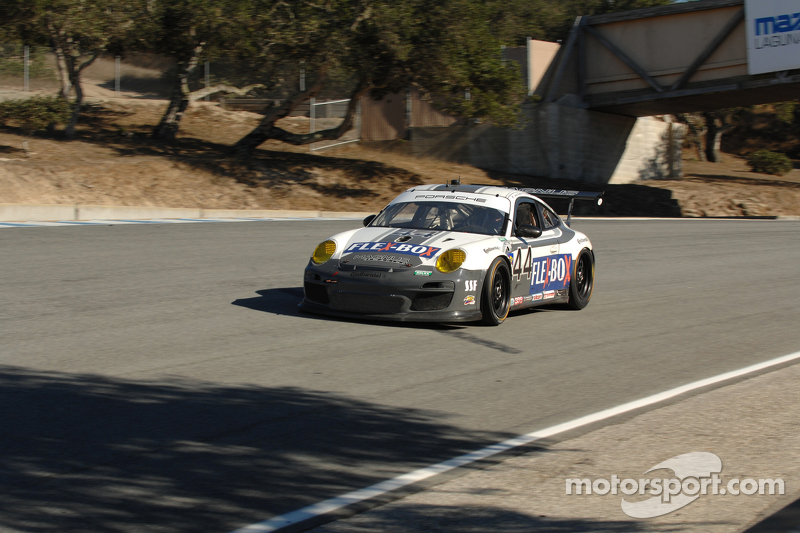 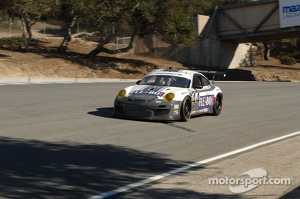 Magnus Racing’s championship aspirations nearly came to an end before five minutes had ticked from the race clock. John Potter (Salt Lake City, Utah), starting 11th in the GT class, was hit from behind by another GT class car on the second lap of the race. The contact resulted in the No. 44 spinning into the path of oncoming traffic. Now sitting sideways across the track, a GX class car made heavy contact to the nose of the Magnus entry doing substantial damage to the radiators and left front suspension. The team was able to make repairs and return the track with one-hour and 40-minutes remaining.

Despite being 61 laps down to the GT class leader, the impressive performance of the Magnus crew allowed Andy Lally (Dacula, Ga.) – making his 239th-career GRAND-AM start, more than any other competitor – to finish 13th. The points awarded for the position were just enough to give Magnus Racing second in the GT championship, one point ahead of Stevenson Motorsports.

“What a gutsy performance from the Magnus Racing Porsche crew,” offered Lally after the race. “Our car was destroyed; totaled; wrecked; done … But after Potter was punted off the track and then t-boned on lap two, the crew got to work, pieced this car back together and got me and John onto the track for 67 laps and a 13th-place finish. That effort gave me the required 30-minutes, Potter his 30 minutes, and made the difference between second in the championship rather than the fourth a DNF would have given us. This is the best crew is motorsports.”

Porsche finishes second in the manufacturer standings. The 357 points, just 15 behind Ferrari, came by virtue of the highest placing Porsche customer team in each race. Magnus Racing won one race (Mazda Raceway Laguna Seca) and had a string of consistently strong finishes while Park Place Motorsports earned three second-place finishes in 2013.

An eighth place finish by Mark Greenburg (Jamaica Plains, Mass.) and Porsche factory pilot Richard Lietz (Austria) in the No. 19 Muehlner Motorsports America Porsche was the best result for a 911 GT3 Cup car on the day. The run was made the more impressive as the program was not announced until just the day before on-track action began on the 1.5-mile Connecticut track.

Park Place Motorsports looked likely to close its rookie season with a fourth podium finish of the year. However, with just minutes remaining in the race, the No. 73 Porsche 911 GT3 Cup entry shared by Porsche factory driver Patrick Long (Playa del Rey, Calif.) and Patrick Lindsey (Santa Barbara, Calif.) was hit from behind by a Daytona Prototype (DP) competitor entering Lime Rock’s uphill chicane. Long pulled the damaged car to the side of the track dropping it from second-place to ninth in the final running order.

“Richard Westbrook came over and apologized to me, saying that he made a massive error and he was sorry,” said Long after the incident. “We had caught up to the number 31 Corvette, less than a second behind, but I don’t know if we could have passed them or not. I was hoping that, through traffic, and some advantage with braking, we might have had a shot to win. Still, this Park Place team has made a huge progression from the beginning of the year until now, and the crew has done a great job keeping us competitive against a very tough field.”

His teammate, Lindsey, continued: “We were in position for a podium at the end. With the on-track incident putting Patrick off the track at the end, we didn’t get that top finish, but we were competitive as we have been all season. I am very proud of the Park Place Motorsports team.”